It is on this day – November 29 – that we pay tribute to the fallen and survivors of the terror attack at London Bridge, a year after the attack occurred.

Cambridge University graduates Jack Merritt, 25, and Saskia Jones, 23, were stabbed to death a year ago today by convict, Usman Khan, 28.

Khan had been released early from jail on licence in 2018. He served half-way through a 16 year sentence for terrorism offences.

He was armed with two kitchen knives and wearing a dupe suicide vest. Members of the public attempted to tackle Khan before he was shot dead by the police on the bridge.

In a pre-recorded message, the Rev Conon David Parrott, guild vicar of the Church of St Lawrence Jewry and chaplain to the city of London Corporation, paid tribute to those affected.

The recording, broadcasted online on Sunday, asked the public to remember those within and surrounding Fishmonger’s Hall on the day of the incident and those who came to the victims’ aid:

“For those who rush toward danger, bringing hope and comfort. For those who serve, protect and guide others to safety. For those who risk their own lives for the sake of others. For all for whom that day remains a traumatic memory.” 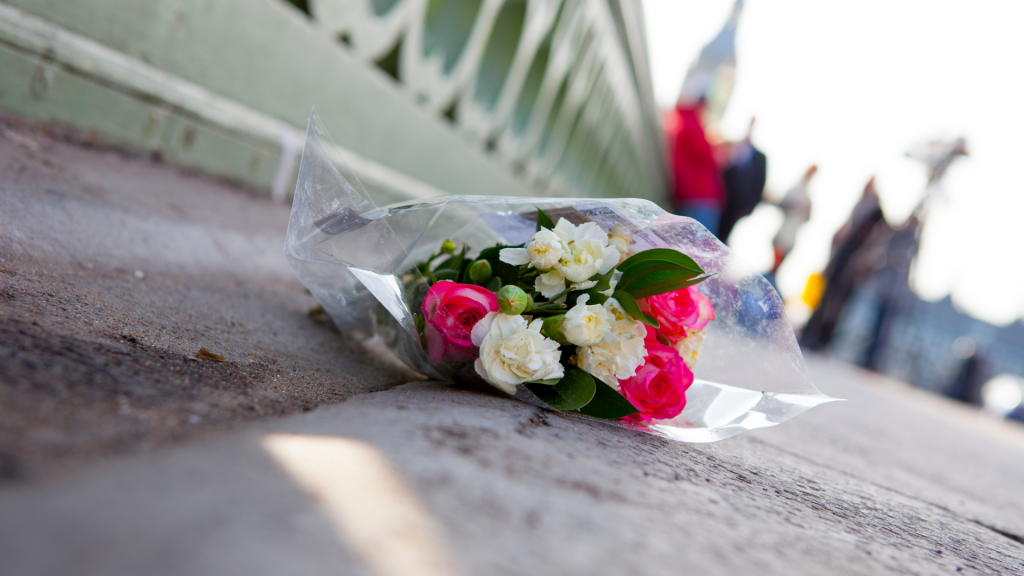 Cambridge University’s Learning Together programme have also marked the anniversary on behalf of their late colleagues – Mr Merritt, who was a course co-co-ordinator and Ms Jones, a volunteer.

Co-directors of Learning Together, Ruth Armstrong and Amy Ludlow, made a joint statement via the Evening Standard in saying:

“Our thoughts are with everyone who was there with us that day, and all who have been impacted We grieve especially for the loss of our inspirational colleague Jack, and our brilliant alumna Saskia. Their families and friends are uppermost in our hearts and minds.”

“On the first anniversary of the terror attack at Fishmongers’ Hall and London Bridge, we will be taking the time to stop, reflect and remember the two innocent people who lost their lives – Jack Merritt and Saskia Jones – and the principles they stood for and the hope they inspired”.