Police broke up a peaceful protest outside the Speakers’ Corner in Hyde Park today, November 14th, in demonstrations against recent impeachment of Peru’s president, Martín Vizcarra.

Former president Vizcarra was impeached by Congress on Monday over corruption allegations, and replaced the next day by Manuel Merino, who is head of Congress. Merino is expected to lead the country through to next April’s presidential elections.

London Peruvians gathered outside the Speakers’ Corner carrying signs that read “No to corruption. Merino is not my president” and “Education is not a business.” 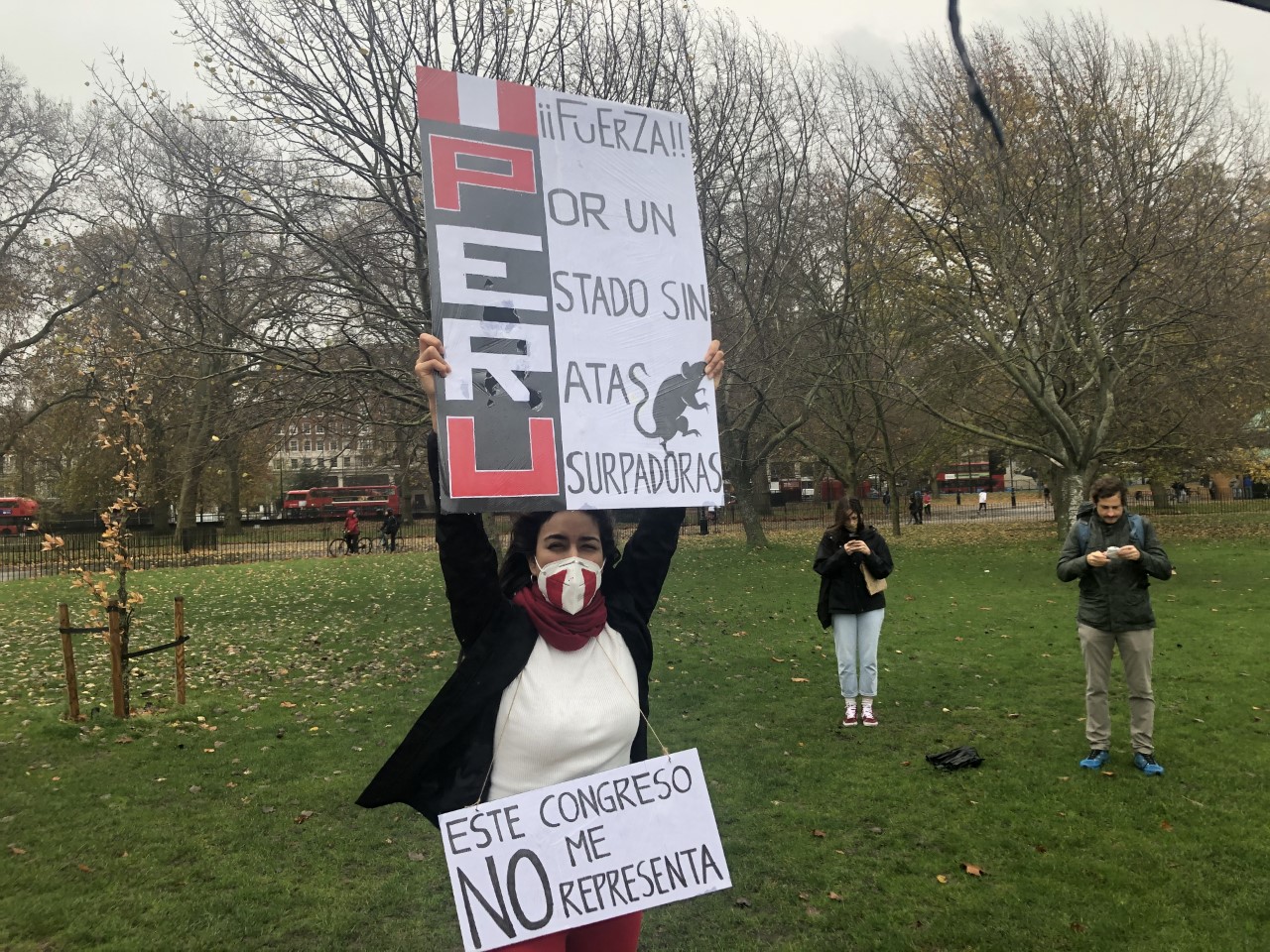 Photo by: Monika Laimaite. Reads “Strength for a state with no rats.”

Peruvian public was outraged about Merino taking Vizcarra’s role, with many saying Congress should be concerned with the current pandemic bashing the economy instead of removing the president.

Catch up on the latest protests in London: 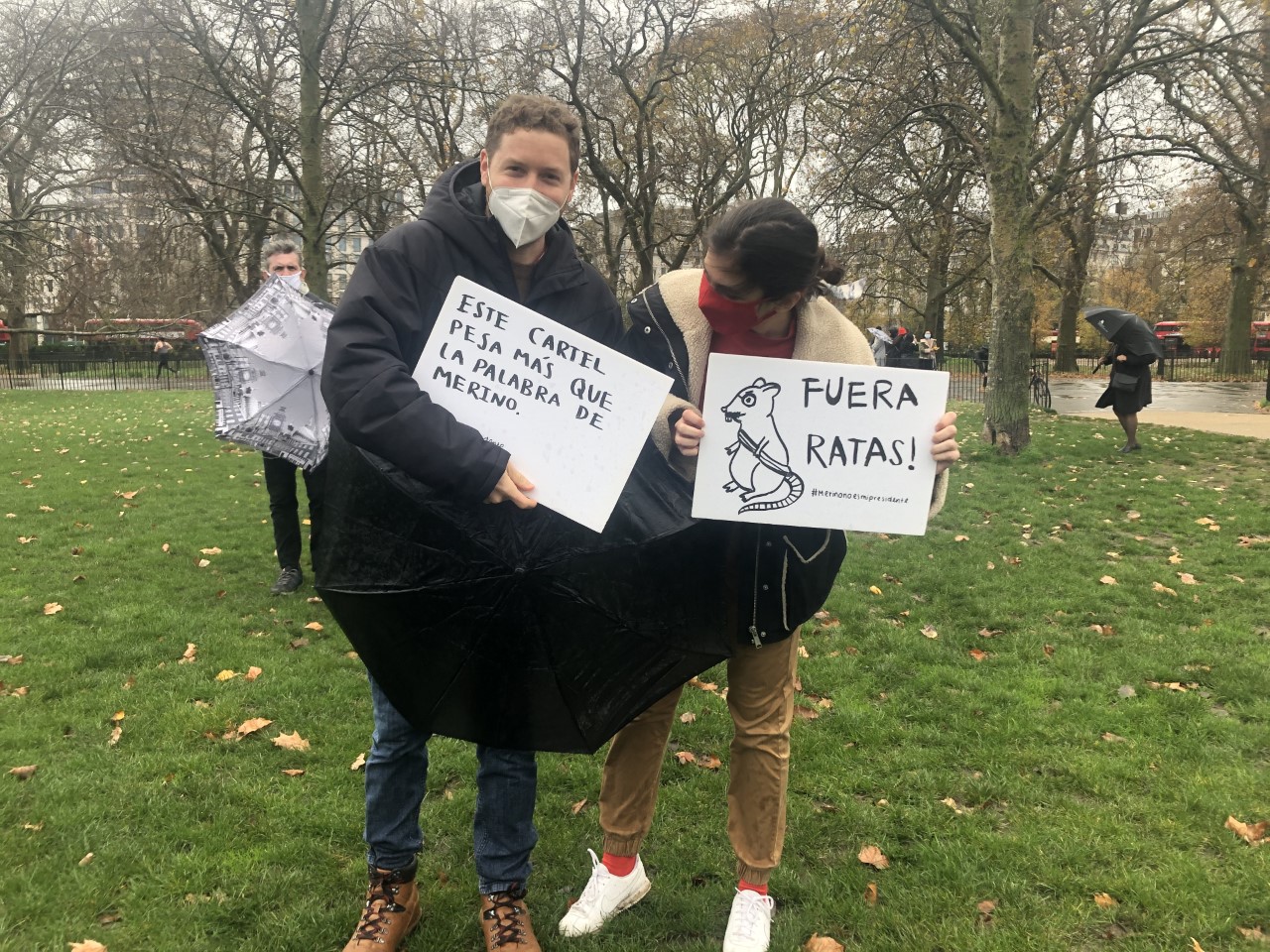 Photo by: Monika Laimaite. Reads “This poster weights more than Merino” and “Go away rats!”

According to the FT, Vizcarra’s case has been largely based on leaked messages on WhatsApp that suggest he was close with construction companies that have allegedly been involved in bribery in order to gain contracts in South Peru, while he was a governor. 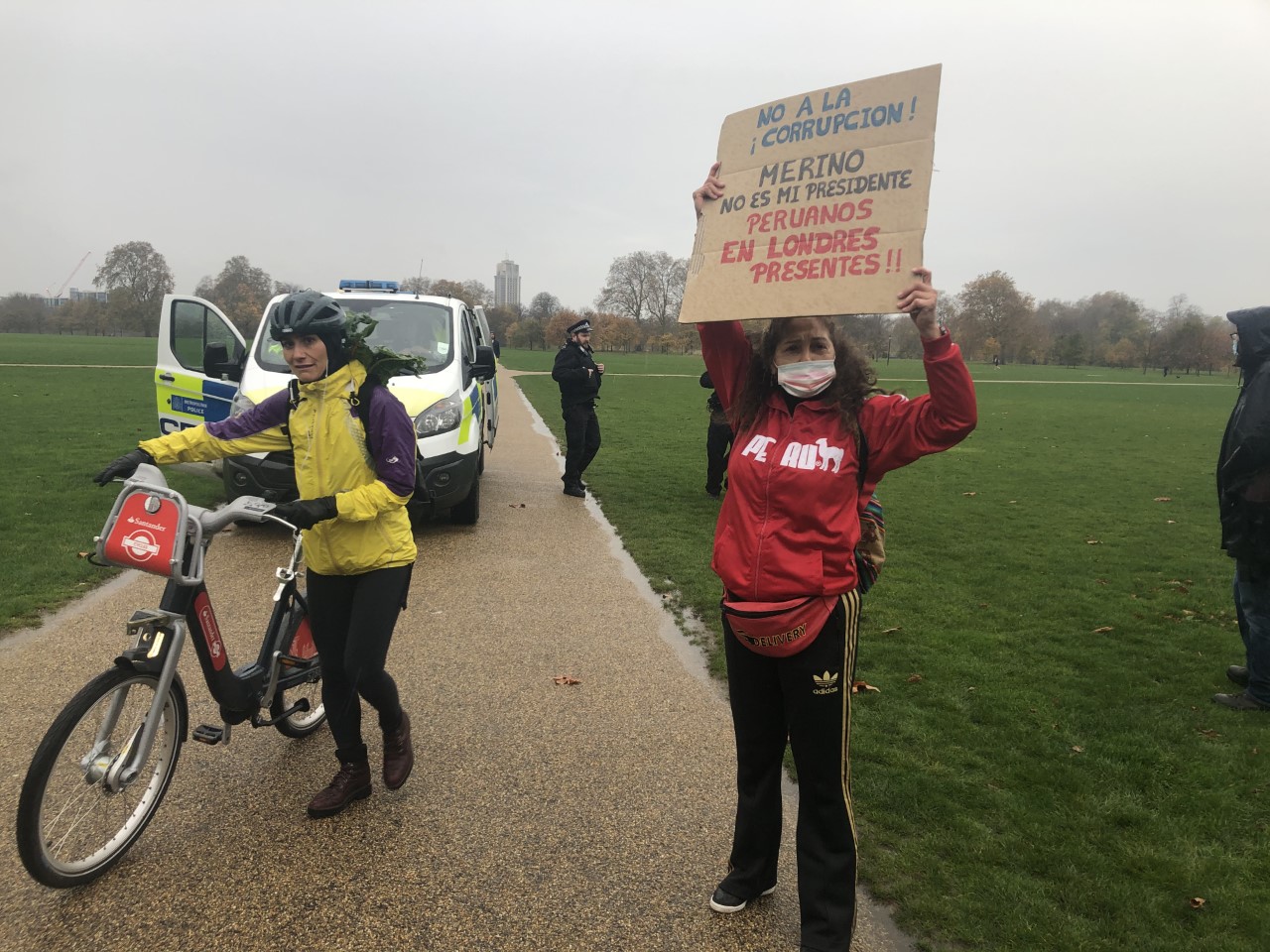 Photo by: Monika Laimaite. Police breaking up the protest due to Covid-19 restrictions. Reads “No more corruption! Merino is not my president. Peruvians in London!!”