The UK is a few days away from the next national lockdown. On Saturday, hours before the Prime Minister’s announcement, around two hundred people gathered at Crystal Palace Overground station.

Voice of London was on scene and asked the mask-less attendees their reason for opposing the actions taken by governments across the globe.

Ronnie McCoy, a satellite antenna constructor and one of the organisers, yelled at passengers exiting the station. Using his megaphone, he urged mask-wearing people to “wake up, don’t fall for the scam”. 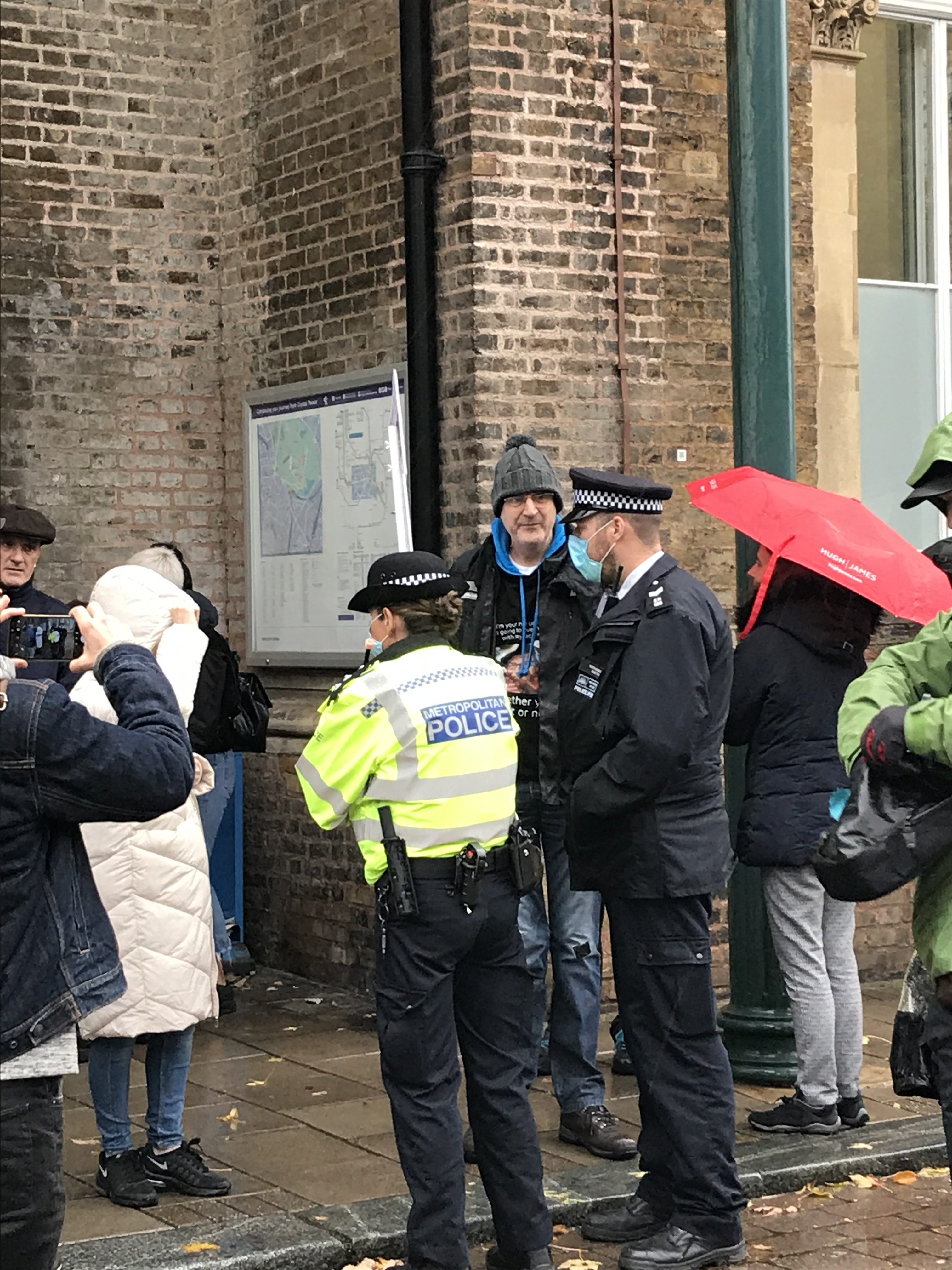 He told Voice of London that “everyone who does their proper research on the matter, will realise that this whole pandemic is created to impose control on people”. Mr McCoy believes that job losses caused by the pandemic are “part of the plan”.

“Because then those people will be forced to live on government subsidies and benefits. But to get that they will need to sign a contract that makes anti-Covid-19 vaccination treatment mandatory for its participants”, he continued. 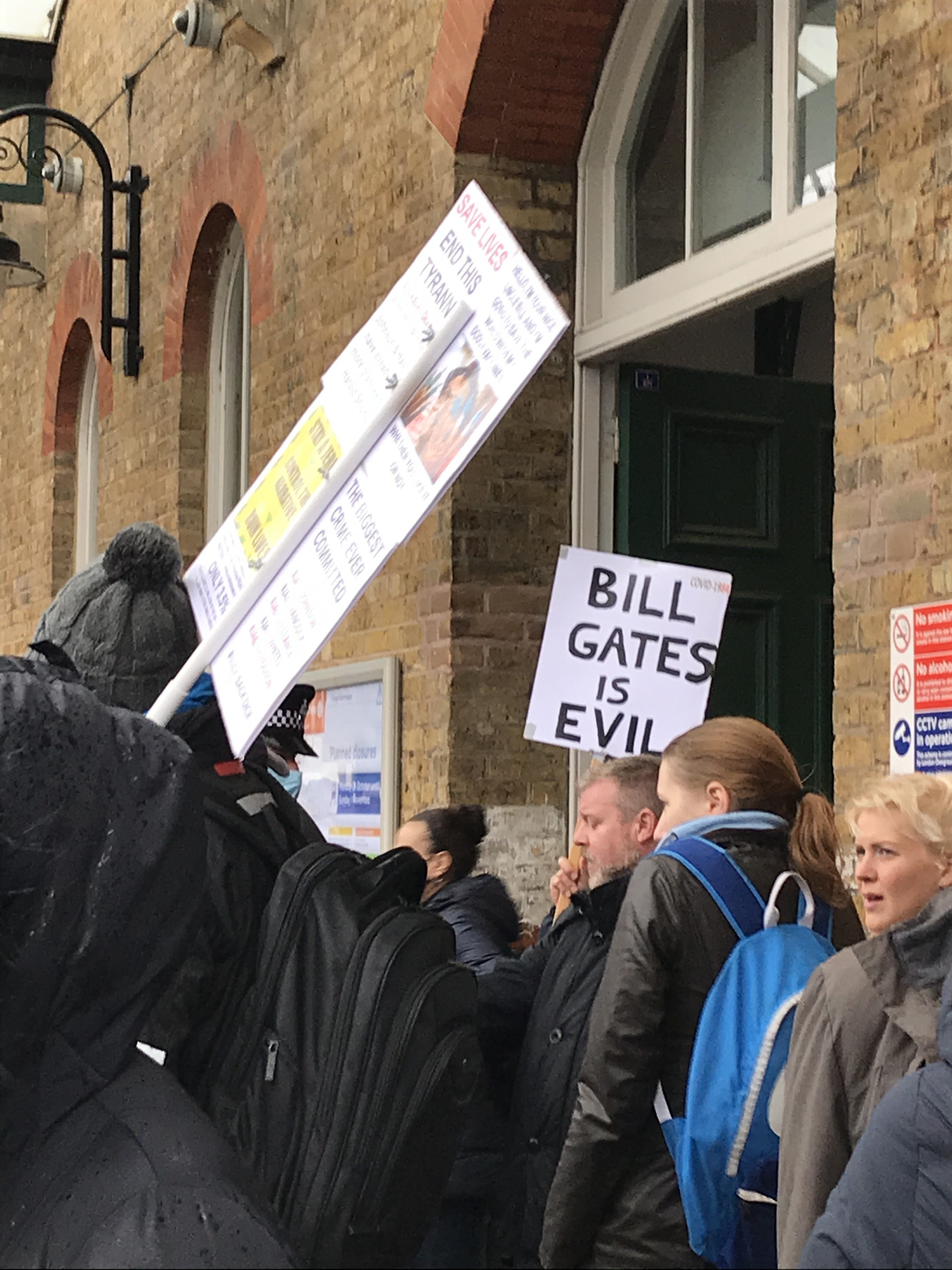 No such official contract is known to exist, and according to the World Health Organisation (WHO), there are at least 170 vaccine developers working on getting a safe vaccine ready as soon as possible.

Kate Bingham, who leads the UK’s vaccine taskforce, told The Guardian that a vaccine is the best hope to halt the health and economic havoc wreaked at the world. She claimed “the UK is in a very good place” in terms of a Covid vaccine.

John, who strongly opposes mask-wearing, said that “lockdowns are not justified”. Although he believes the virus exists, but it is “nearly not as dangerous as the government says so”. He argues that the Labour party wouldn’t do better either, “overthrowing the government and taking control is our only hope”.

When asked whether he is here to support the movement or to take pictures, Jamie, a young photographer said “a little bit of both”. He also thinks the virus is real but not so severe, and the upcoming lockdown “will be horrible”.

Another participant claimed the “PCR test (commonly known as swab test) has been discredited by a Nobel Prize winner scientist”. He says many deaths are being counted as Covid-related deaths within 28 days of a positive test “even if an aeroplane hits the person after being tested positive”.

The criteria for a Covid-19 death is indeed a “laboratory-confirmed positive COVID-19 test and died within (equal to or less than) 28 days of the first positive specimen date”, according to Public Health England. The timeframe was brought down from 60 days in August, which showed a 12 per cent drop in the number of total Covid-related deaths.

Despite the rain and wind, the march continued to Peckham High Street where after a few short speeches the crowd slowly dispersed.