A protest against the 10pm curfew was held in Camden Town, encouraging crowds to gather and rebel against the latest coronavirus restrictions.

Members of the city’s hospitality industry gathered with the general public outside London’s Camden Town station on 30th of October at 9.30pm to protest against the government imposed curfew on behalf of hospitality service.

Revellers turned up to a public critique of the government’s lockdown strategy rally, planned by Piers Corbyn, the brother of former Labour leader Jeremy Corbyn, equipped with banners and placards to protest against the curfew.

Mr. Corbyn said: “If they give another lockdown, we’ll break it in any way possible”. Mr. Corbyn held a similar event in the London borough a month ago.

The Metropolitan police had warned people that the enforcement will be taken if people breach coronavirus restrictions during the rally. 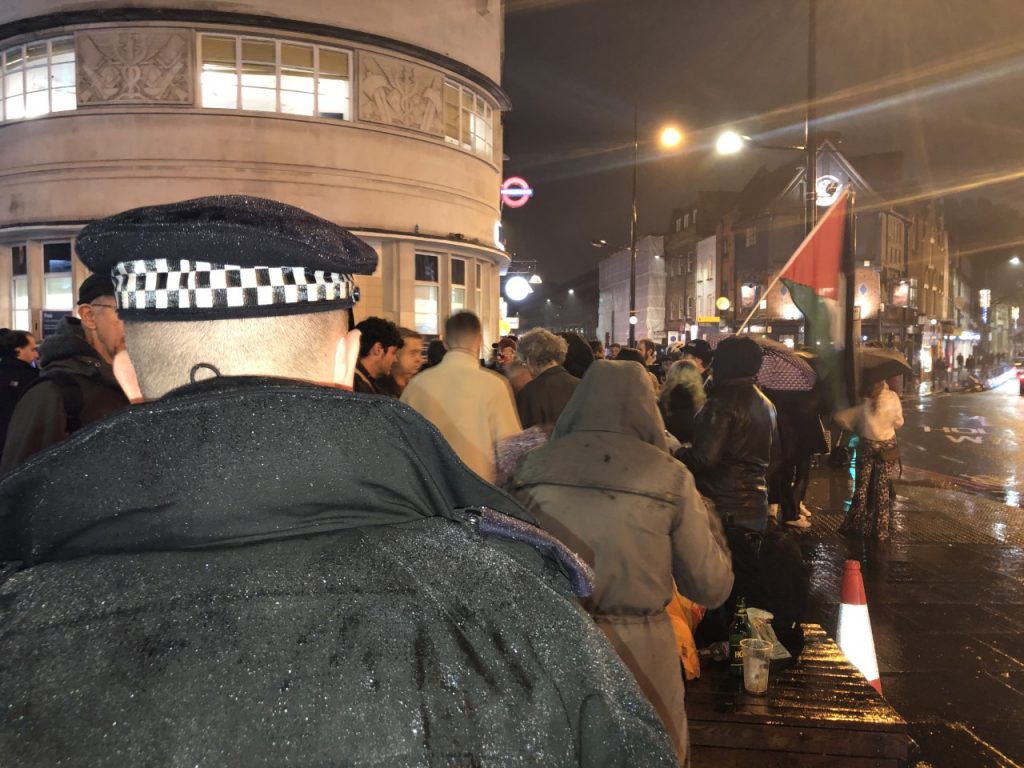 According to a survey, more than 700 companies across the gastronomical sector have found that one in five people already lost their jobs in March 2020.

The mass ejections have also put pressure on retailers and customer service sectors.

Voice of London heard from the protestors about their concerns.

Words and multimedia by: Monika Laimaite