One of the most common possessions of today’s age is a smartphone. As a single object of technology, a smartphone is an access point to our bank accounts, emails, interactions, memories, and socials. Undeniably, it is a gateway into our lives. Attributing to the pool of data stored on it and its high selling price, it is evident why smartphones top the list of stolen personal items.

According to the latest survey on the subject conducted in 2016, the UK was ranked sixth on the list of theft crimes most of which happen in London. Comparing it to another report from criminal justice consultants Crest Advisory, since 2014 there has been a high rise of 33% in the theft crime rate.

As the value and volume of smartphones keep rising, the street crime thrives. However, this web of crime is deeper than what appears at its surface.

In areas having high pedestrian footfall, a highly active web of phone thieves operate between sunset and sunrise prominently near Bloomsbury, Kings Cross and St Pancras, Pimlico, Elephant and Castle, Hackney and Hampstead. These are places having a large number of student and tourist crowds serving as the most appropriate targets for the crime.

It is estimated that about 269,000 young people are involved in or at the risk of such crimes. It is both alarming and of concern, as petty street thefts are mere entry points into the violent realm of crime. Unsurprisingly, young students between the age of 14 to 24 and women are more vulnerable to the crime.

Considering their phones as a highly valuable property, many youngsters often risk their lives or put themselves in danger by trying to overly defend or in attempts to retrieve their stolen belonging. Further, some victims are also willing to pay huge sums of money ranging from £1000 and above.

To help us understand the web of phone thefts in London, fill out this form to let Voice of London know if you were ever a victim.

A closer look at the crime

Records of reported incidents show that phones are often snatched by thieves on mopeds or bicycles, through pickpocketing, stolen when left unattended or in most extreme cases using weapons.

Lamya Khatri, 19, a student at The Architectural Association School of Architecture shares with the Voice of London her own experience of getting her iPhone thieved at Oxford Street.

Most phone snatchers do not intend to physically harm their victims. Their goal remains to make money from the stolen smartphones by first trading the personal data of the previous owner in eastern Europe and then selling the phones in black markets of Nigeria, Guinea, Algeria and some East Asian countries.

However, the phone theft epidemic also has a violent side to it as in many cases criminals have resorted to extreme levels of brutality by equipping their attack with zombie knives, axes and even acids.

“After dinner, I stepped outside my home in Hampstead for some fresh air,” Pranav Kulkarni, 21, shares with Voice of London his story of being a victim of London’s street crime. “A man on a moped stopped in front of me and pulled out a knife at me. He quickly grabbed my phone and as a reflex action, I snatched it back. If I ran fast I could probably make it to my home and call for help but the knife was so close to my neck that I could not risk getting hurt. I just gave in. I try to forget this happened to me,” he says.

What brands are targeted the most?

As profits from crime are directly related to the price of the phone, 55% of the stolen smartphones are Apple iPhones followed by 14% of Samsung phones and 16% of Blackberry phones due to their high reselling values. However, newly developed holistic technologies by these brands also give the owner of the phones a chance to find their device and keep their information safe. If the owner reports it as a lost device, the smartphone companies then suspend any active applications on the device and erase all data on it. 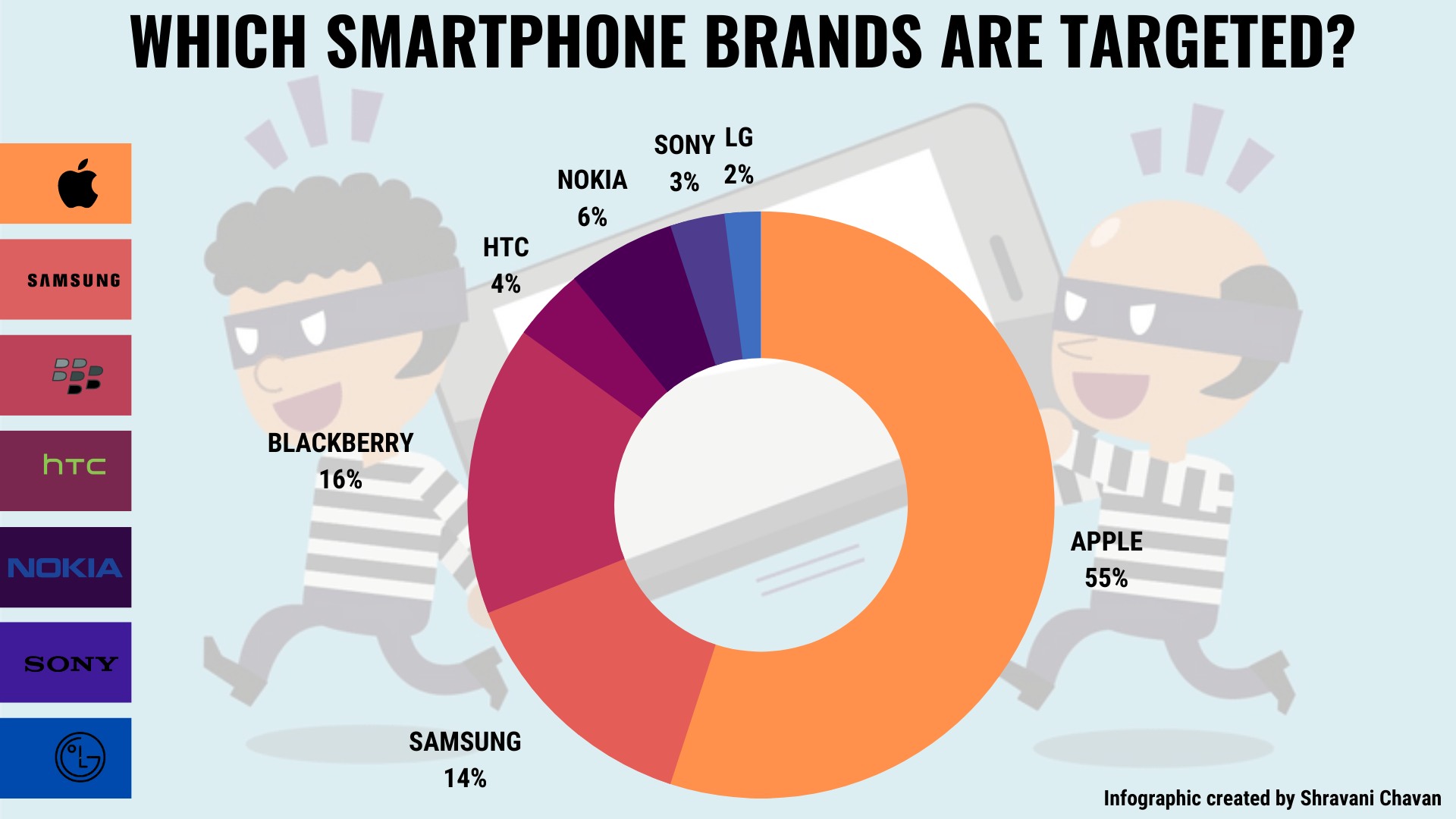 What to do if your phone is stolen?

1. Report the loss to your cell phone operator and the police

Always have a record of your IMEI number (The International Mobile Equipment Identity), this will be needed by the police to track your phone’s location.

2. Remotely lock your phone and wipe any data on it

This remains a key step to avoid your data from getting exploited and securing any private information that you may have on your phone.

Read more about life in London: