“God blessed them; and God said to them, “Be fruitful and multiply, and fill the earth, and subdue it; and rule over the fish of the sea and over the birds of the sky and over every living thing that moves on the earth.” Genesis 1:28

In the first part of Childfree and Proud,  Kirsty, Rebi and Jena described their experiences when dealing with parents who do understand their desire to never have children and the complicated relationship the community has with traditional media. But this is only scraping the surface. 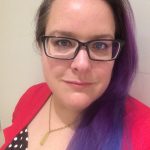 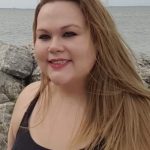 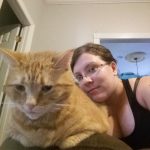 Kirsty, Jena and Rebi strongly believe that a big part of the social conditioning that pushes women towards motherhood has a lot to do with religion. “All of them”, Kirsty adds.

In Jena’s words: “religion is just a book full of rules on how to live your life” and since it still has a strong push in society (even if not quite as before) you can either conform or “be ostracised by your community.”

Rebi defines it as “following the Life Script” which, she believes, can have terrible consequences on both sexes as “when they see a woman who voluntarily does not have kids and is happy, their world turns upside down.”

She admits that her husband sometimes falls into the trap of believing that “he knows me more than I know myself.”  She is also very clear in stating that it is misogynistic to believe that just because women are biologically made to have kids it must be “all they want.”

The naturality of procreation is often used as an argument by the most conservative religious people to oppose delicate social issues such as abortion and homosexual rights. 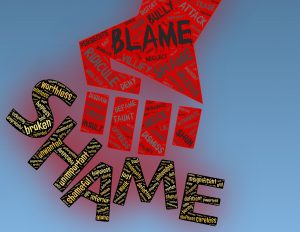 Kirsty is convinced that control over a woman’s body is one of the primary reasons why faith is taken as an excuse to be used against contraception. Especially when abusive behaviour is enacted “ many women feel unable to flee their abuser, because they are trapped by children and fear the consequences.”

But not everyone agrees.

Lady T. handles a Twitter account in which she express her feelings towards motherhood and many other topics anonymously.

She defines herself as childfree but does not believe in the coercive control that religion and the Bible, in particular, operates. “I am a devoted Christian myself. People who don’t read or bother to study, just repeat one verse without understanding the meaning.”

Whether religions are to blame or not, one of the consequences of the traditional idea of women equals mothers that they carry does have an active influence.

Users on social media are always on the front line when these topics arise:

I think the problematic root of this is the idea that procreation is necessary. When religion and culture assert that children are blessings, even the worst people want to be blessed. Lmao. https://t.co/kMLxAWSX1o

It’s not selfish for you and your partner to decide against procreation, but it is selfish to procreate just because family, society or religion tells you to when you know you don’t want a child or can’t handle the entire process of creating & raising a human being.

See also: People are not having children because of climate change

The Facebook group “I regret having children” compiles a series of testimonies from parents or parents to be, who share their true feelings towards motherhood and fatherhood.

They look for comfort in these hidden platforms because if saying you do not want children is taboo, admitting that you regret them is heretic.

It is safe to say that for most parents children come before anything, they are literally the alpha and the omega of their existence. The phrase “once you are a parent, you are until the day you die” is common but also true.

Which is exactly why it is even more unthinkable that for some individuals the sense of powerlessness and remorse can be stronger than love for their own blood.

Rebi calls it a “brutal realisation” that is extremely tough to rationalise and a potential motor of terrible effects on parents mental health.

Ophelia (devised name to protect anonymity), created the Facebook page in 2012 because a couple of her friends confessed their parental regrets to her and she wanted to show them support and that they were not alone.

“I figured that even if the page only got a handful of likes, at least that would be something” but against her expectations thousands of men and women started following it, which to her shows “how prevalent parental regret really is.”

Ophelia believes that the silence that surrounds this community can have serious negative effects on the children. “If you have parents who are experiencing regret and they have no outlet to regret it on – if they have no one to talk to – then there is a serious possibility that they’ll end up taking it out on the kids.”

To her, the page is doing a lot of good and proof of it are the several people who message her to express their gratitude for giving them a place to express their feelings. “It’s good to hear those things because there can be a lot of backlash from people who think parental regret is some kind of moral failure.”

And to the trolls who sometimes get on the page to attack and shame the parents she says “if you can’t be kind, be quiet or be gone.”

You can read more stories here.

And if you still crave more, you can listen to this podcast recorded exclusively for The Voice of London.

Our guest today is MJ, a PR and Advertisement student at University of Westminster who lived in first person the social pressure of potential ‘forced motherhood’.  Since then, she has developed very personal ideas on the topic.