You don’t usually have time to visit all of London’s Royal Parks during a single trip, but if you were to come up with a top three list of priorities, these should definitely be on it. I had time to visit all of them during the two years I have been living in London for. The ones on the list are essentially in my personal top three, which I strongly recommend visiting.

The park is open to cars and cyclists. So you can enjoy a relaxing joyride or feel the wind blowing towards you as you cycle on the designated paths. When I visited the park, a cyclist, Leo, happened to be ‘chilling’ on the side of the road. “Oh, I’m just catching my breath”, he said. He cycles in Richmond Park quite often: “At least once a week”, he said. 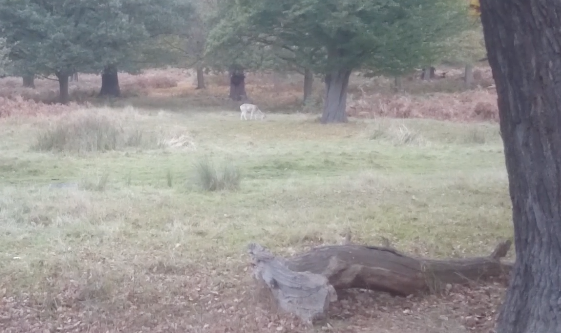 If you have a particular fondness for deer, Richmond Park is home to over 650 free-roaming ones. They played a huge role in the park’s history and also shaped the landscape. You can look at them, photograph them, but don’t get too close, as they are wild animals and you might put yourself at risk.

The park is quite remote compared to most of London and the commute is undoubtedly worth it. 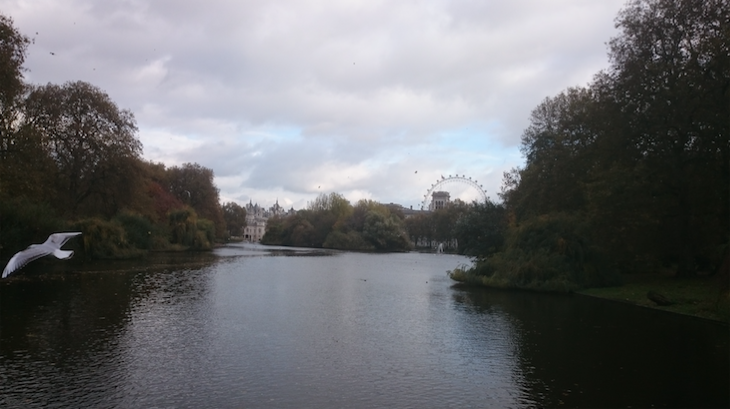 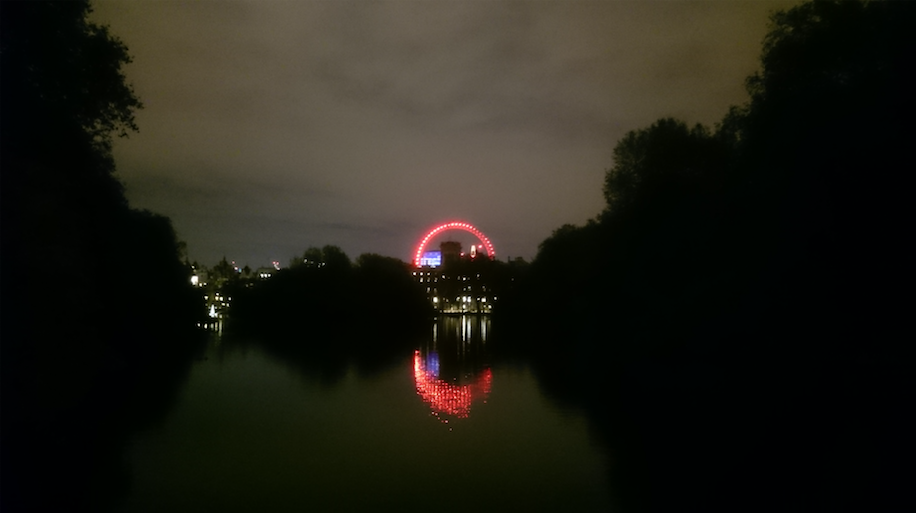 Located in the heart of London, St. James’s Park is accessible and open for everyone. It’s only an eight minute walk from Big Ben, and as Richmond Park has its deer, the stars here are the pelicans, ducks, birds and squirrels. You can watch the pelicans being fed every day between 2:30 and 3:00 PM. 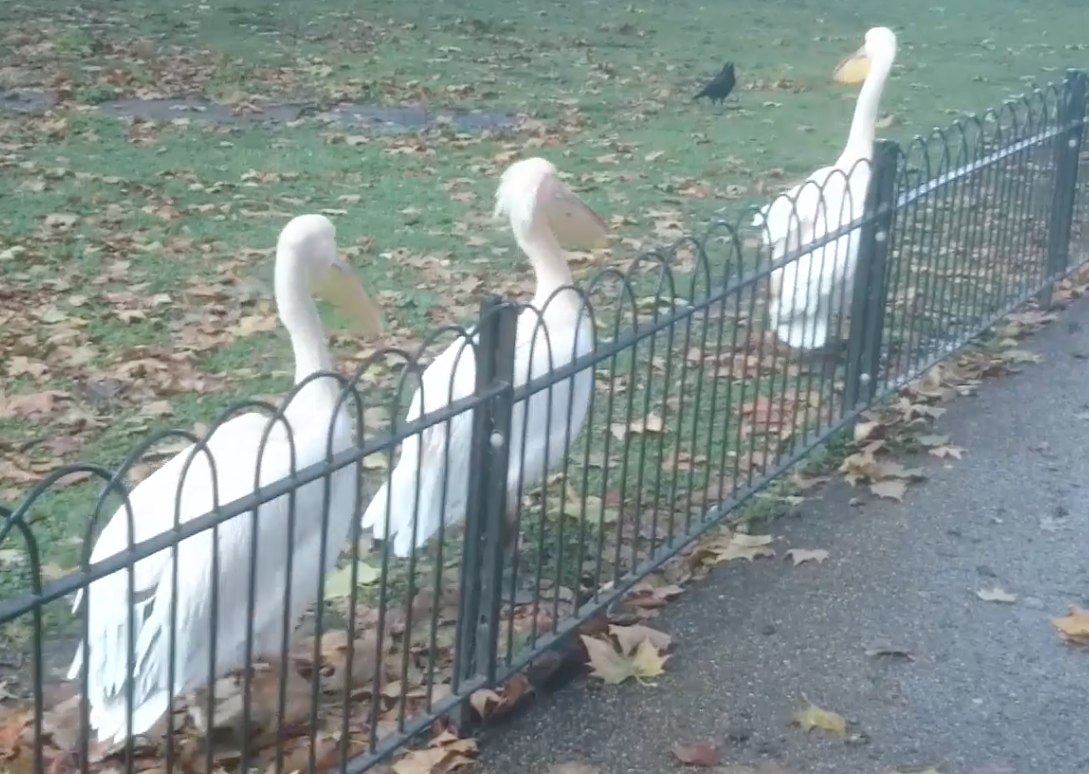 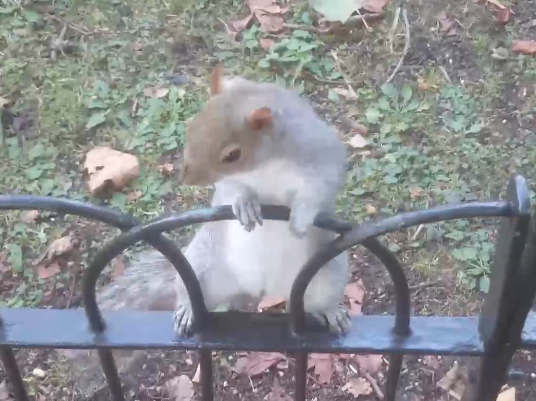 The squirrel population might, in fact, be higher in St. James’s Park than in any other park. They are numerous and seem so accommodated to people that they rarely run away when you approach them. In fact, they usually come to you. People throw food at them all the time, so it makes sense that they might have gotten greedy. “I threw half of my potato chips at these two, and they can’t seem to get enough. I don’t mind though” said Sofia, a young girl in the park who liked the squirrels.

Certainly, this is a perfect place to take a stroll or relax on a bench with a book, or a smartphone, in your hand. Or simply to just sit there and drink coffee while looking around and smelling fresh air. There’s a bridge in the middle of the park that has a great view of the Buckingham Palace on one side, and the London Eye on the other. 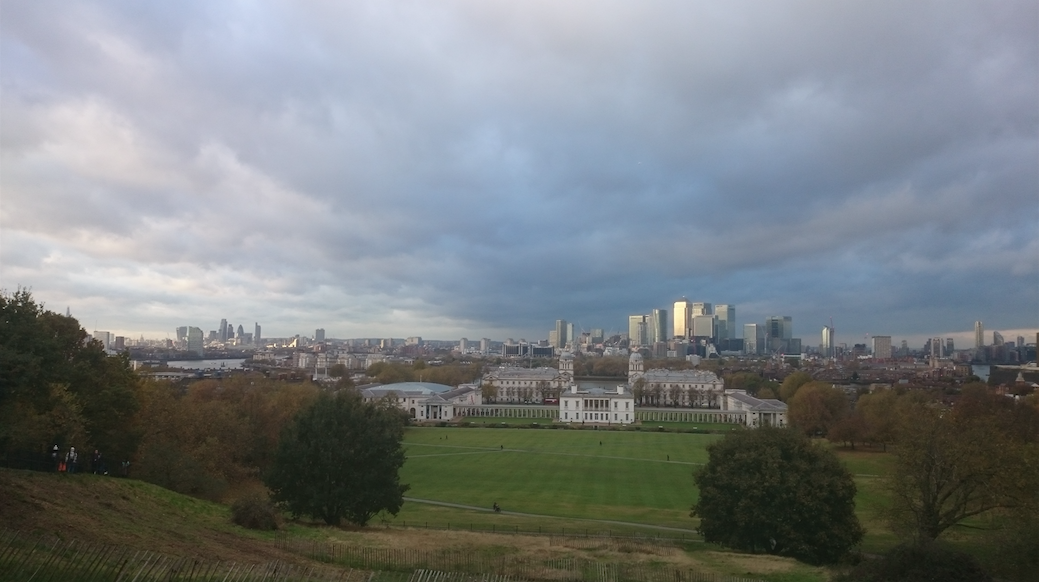 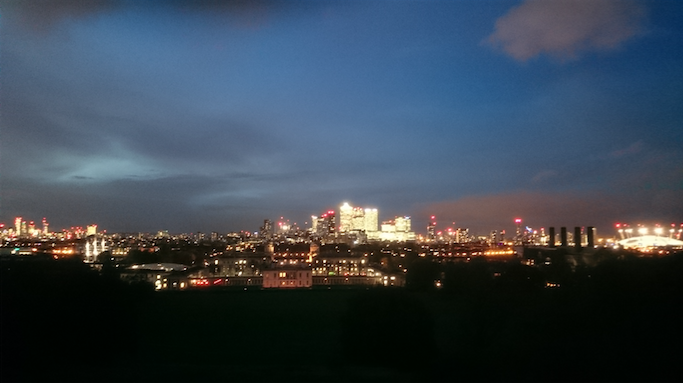 This is where the city skyline meets nature. Greenwich Park is not as rich when it comes to animals. In fact, the only animals I could spot were dogs being walked by their owners, but it absolutely has something to compensate you for its lack of wildlife.

The area and general atmosphere sets you in a state of tranquility. The paths are clean, with trees planted in a pattern on the sides. At the end of the main path, there is a statue that commemorates General James Wolfe, the British army officer.

After saving the best for last, visitors can enjoy and take pictures of a fantastic view over the River Thames and Canary Wharf – and of a big chunk of the city of London actually. The view provides the perfect balance between city and nature. “I just love to look at the skyline and listen to chillstep music. It’s so relaxing”, said Jamie, a visitor.

These are the three royal parks you might wish to prioritise if you are too short on time and cannot visit all of them. The video below combines footage taken from the parks.