Whether you’re looking for love online or offline; navigating your way through dating is like playing a hard game of charades. Constantly guessing, and wondering whether the signs and messages sent your way mean a future Facebook relationship status update or a one-night stand.

Regardless of who you are, dating can be difficult in today’s hookup culture. However, for plus size women, their experiences differ significantly to their ‘straight-sized’ friends. To understand just how different it can be, The Voice of London spoke with several plus size women on their encounters dating in London.

“For example, I’m on Bumble and even though I have full body pictures. I still make a comment about it in the ‘about me’ section, so there’s no confusion,” she says. “I don’t know what it is, but I guess you could say I fear someone would be confused or feel a type of way when they see me in person.”

“Most bigger girls know their angles,” she says. 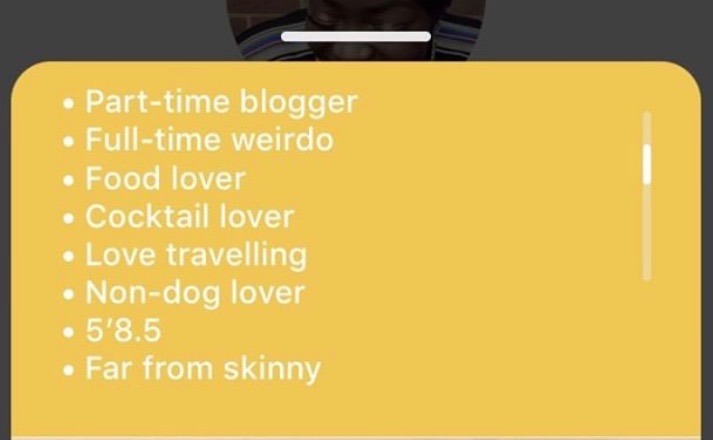 Unfortunately, the worry that you’ll disappoint your online match, in some way, when you meet them in real life is shared. The decision to outline that you’re ‘far from skinny’, suggests something more. Potentially how inherently fatphobic society is.

WooPlus, a dating app for plus-sized women, carried out a survey in 2016, which revealed that 71% of it’s 1,000 ‘curvy’ users reported having been fat-shamed by men on “regular” dating apps.

Cosmopolitan Magazine reported that while 29% of WooPlus’ users said they had never been called out on their weight, many of those did note that they have been rejected due to their size.

It would seem plus-size women are having a much tougher time than their ‘straight-sized’ counterparts when finding love online.

“Normally I would get a message that would start off with something like ‘you chocolate goddess – you looking to f**k?’. I ignore these messages, and when I do, I’ll get another message from them calling me a fat b*tch,” she says.

Fetishisation is common amongst most of the women we spoke with. Plus-size model, Aliss Bonyt shared a glimpse of her reality with dating by giving us access to her Tinder profile.

“I believe that plus size bodies are becoming normalised as sexual objects, and people have created connotations around words to describe the bodies that cannot be artistic or beautiful without being sexual, like curves,” says Aliss Bonyt. “I think it’s changing, but the hyper-sexualisation of fat women is still very prevalent when trying to date.”

While Emma, 22 said: “My body is kinda fetishised because some guys want to have sex with a ‘curvier’ woman.”

“Or they are just attracted to a fantasy they have tied to my body and aren’t really interested in trying to get to know me on all levels as a person. They just want to have sex.”

95% of the women I spoke with all experienced fetishisation of some degree whilst trying to date; whether it was online or at a club. However, if women aren’t being fetishised, they’re being ‘ghosted’, or just not actually getting offline.

“Sometimes I can see they aren’t serious about me. Whether it’s because they might be scared of what people would say if they made a ‘big girl’ their girlfriend or whatever,” Emma says. “Part of me doesn’t care because I wouldn’t want to be with someone who was so focused on image and what other people thought but at times it can also be a bit disheartening.”

Ultimately, the ladies experience show that dating while plus-size is both a tricky business and often discouraging. But that isn’t everyone’s experiences.

Chloe, 24, said: “I can’t lie and never had a bad experience due to being plus size. There obviously were bad times because men are trash.” She says, “I used to have pink hair, and one guy said I looked like a Grandma. Not sure how that works? Anyway, I thought it was a massive deal and would panic that they would meet me and leave, but that never happened. Funny how you personally think it’s the biggest thing in the world and other people don’t even take any notice.”

Maybe Chloe’s experience doesn’t count for everyone, but surely there’s hope in a plus-size woman who hasn’t had a bad dating experience due to her weight?