Extinction Rebellion has released a video showing students who have dropped out of university to work full-time in the “climate movement”.

The video quickly gained backlash with public comments including:

A student spokesperson for Extinction Rebellion Universities spoke to Voice of London about the video. “With universities utterly failing to adopt more climate degrees and climate education within every module, young people are now looking elsewhere for ways to tackle the climate crisis.”

When asked if the university movement encourages students to drop out of their university degrees, they responded: “As Extinction Rebellion Universities is about empowering students and staff within universities, it wouldn’t be something we encourage, but individual choices must be respected.” 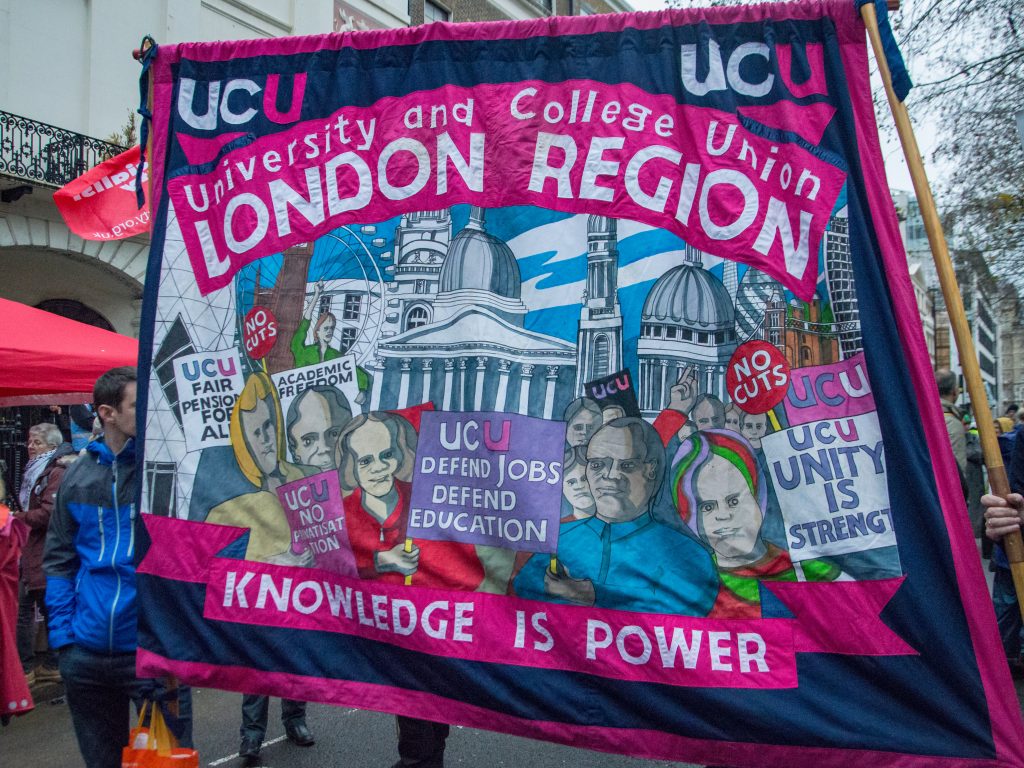 University and College Union protesting in London for the importance of education in overcoming the climate crisis. Image by: @SnowflakeFoxtrot via XR website

Actions on campus’ ranged from stalls during freshers’ fairs, to banner drops at Warwick and Goldsmiths as well as a glue-on at Manchester.

The University Rebellion have also held die-ins and sleep-ins during this month’s protests which have occupied Central London since October 7th.

Sleep-ins and die-ins by the movement are carried out to avoid the potential trivialisation of deaths that happen around the world due to environmental injustices. 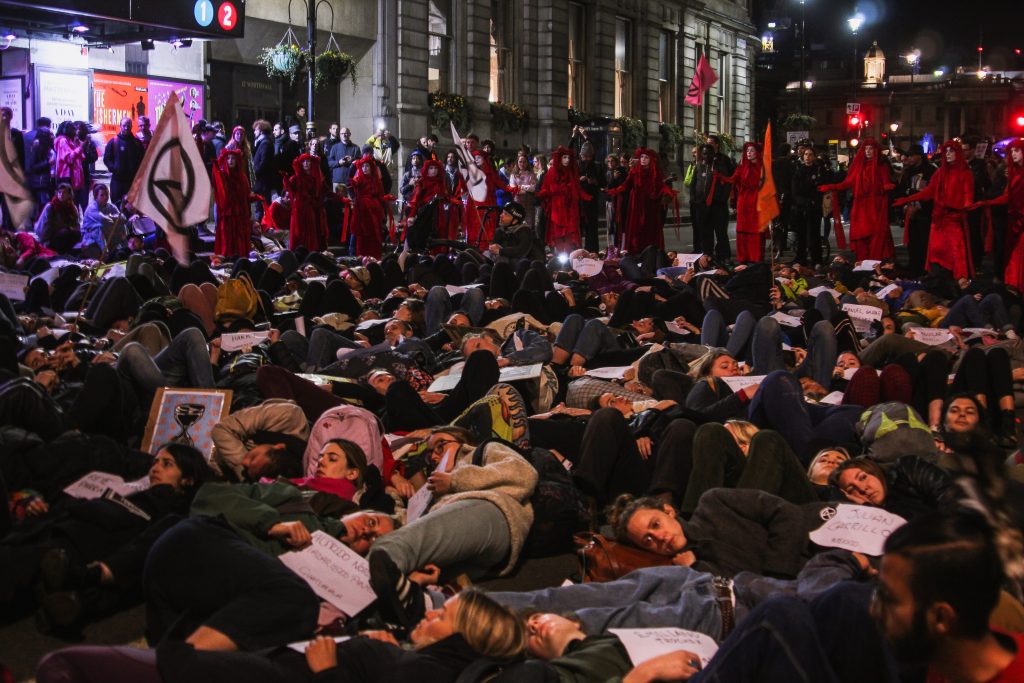 Die in’s are carried out by XR to represent the future we face if no action is taken.   Image by: Nadine Solive via XR website

In order to meet the goals of the movement, they have recognised that education is imperative.

Their main aims in protesting are for universities globally to take “immediate action” on the climate emergency, as well as for courses to reflect the situation that the world is in, according to scientific reports.

The spokesperson said: “As influential institutions that also produce much of the knowledge we know about the climate crisis, they must be seen to be responding to it and take responsibility in taking a leading role.”

See the map below to see which universities across the UK have declared a climate emergency,

Check out more of our Extinction Rebellion coverage here and here.