Male celebrities, such as Jefree Star and Manny Gutierrez, are increasingly promoting makeup, but do average men in London still face social stigma and abuse for wearing female-associated cosmetics? 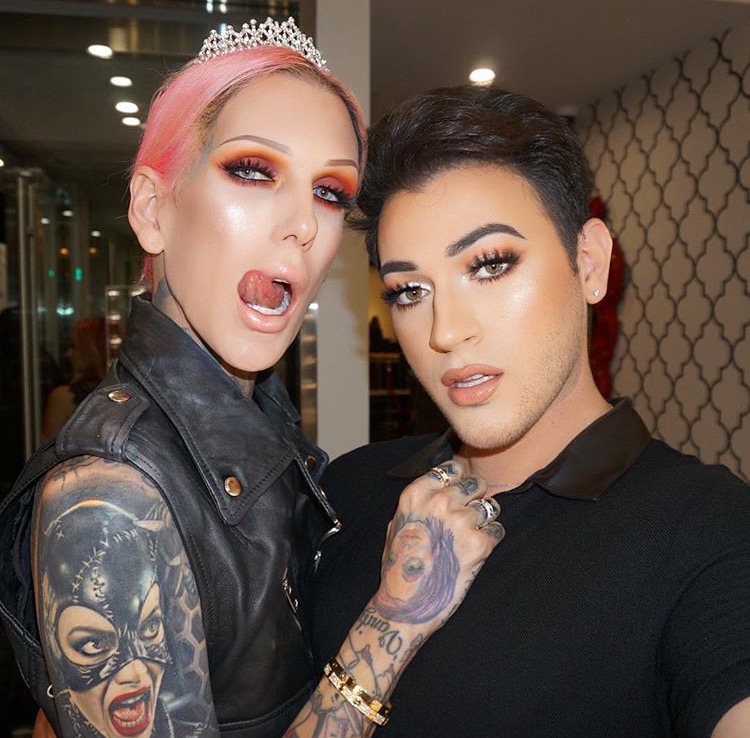 We’ve seen the trending “Boyfriend Does My Makeup” challenges where men hopelessly apply makeup on their girlfriends – turning them into caked clowns.

But, what for the guys that are experts at this stuff? The ones that perhaps apply it better than most women?

2016 has seen a drastic change in the ratio of female to male makeup artists with more men in the industry. Even with the release of men’s makeup products this year, guys still feel uneasy about showcasing their talent or wearing the products in public.

MMUK MAN, accessible on mensmake-up.co.uk, is one of the most popular online men’s makeup stores with tens of thousands of customers. The company sells everything from men’s concealers to ‘guyliner’ from as little as £8.“With celebrities such as Russell Brand, David Beckham and Mark Wright all having confessed to resorting to makeup for men to boost their perfection, the spotlight is now very much on modern day men to get in on the action,” the company writes on their site.

Professional makeup artist, Eftyhia Panteli said: “Men should be able to wear makeup freely whether it’s a little thing like concealer or complete art on their face.” 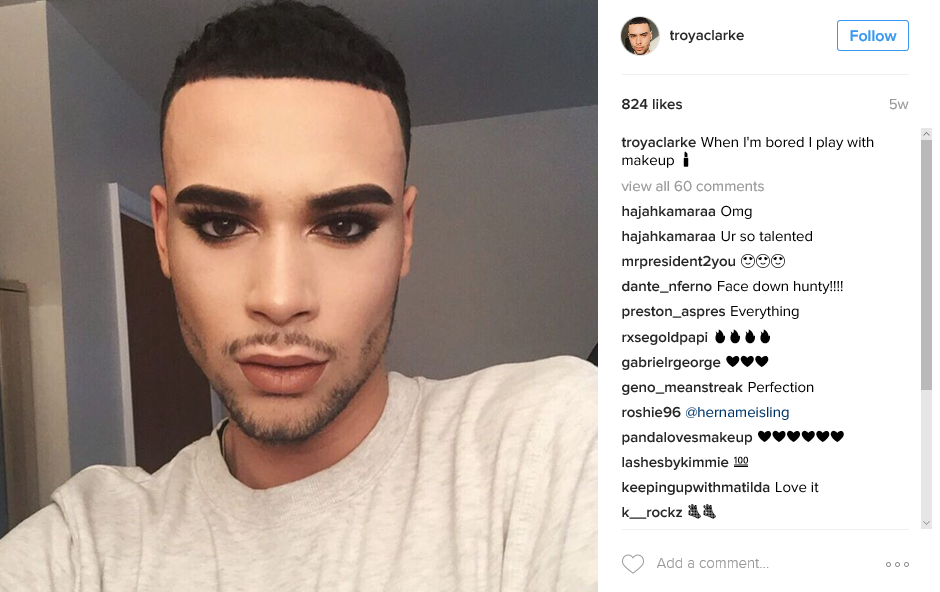 Not everyone is in favour of men wearing makeup in public.  Dipon Sutradhar, 44, store manager of a designer shoe company, refused to employ a makeup-wearing male as it didn’t suit the look of the brand. “Things that are used for the purpose of beautification or adornment are not appropriate for men. It makes too much of a statement and would attract the wrong attention at work,” he said.

Instagrammer @Uncensored_mua who has a following of 33,000, posts photos of men wearing makeup. “People like to attach negativity to anything that’s different. I wanted to make a platform of pure love for the art that all these talented men were putting out,” she said. “There are times where I read a lot of hateful comments based on the artist’s gender as oppose to the art itself.”

Arturo Rubio, pictured below, is a male makeup artist who uses his own face as a canvas. He believes that just like women, there are great men in the industry with incredible skills. “I think what inspired me the most to go public with my makeup was seeing other male artists doing the same,” he said. “Whoever thinks that males shouldn’t wear makeup are just closed-minded. Just because men wearing makeup isn’t common, it doesn’t mean it’s wrong.” 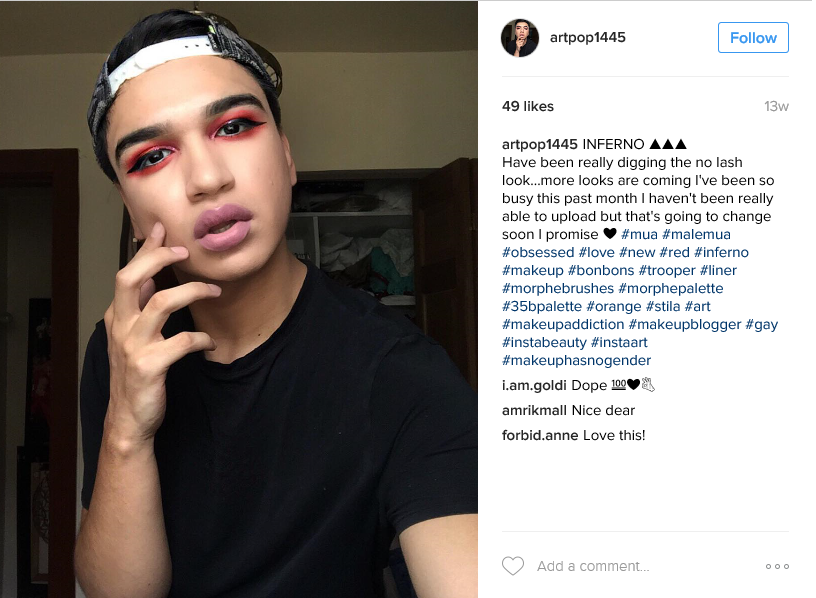 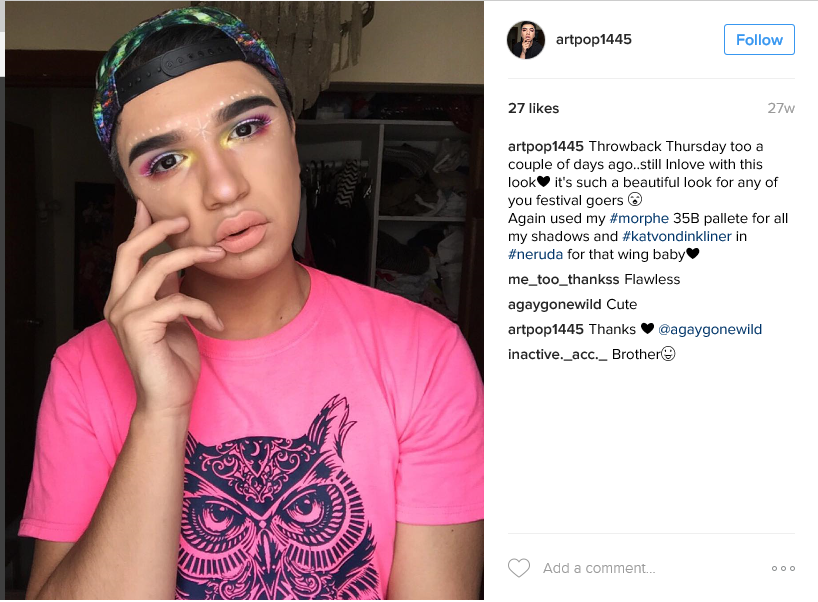 Rubio also sports this bold look on his Instagram @artpop1445

A 22-year-old makeup-user was afraid of revealing himself out of fear of being attacked, and jeopardising his job. He believes that companies releasing men’s-only makeup suggests that men cannot or should not wear female-associated cosmetics that already exist.

Here’s what he said…

Insta-famous, self-taught makeup artist and LGBT activist, Endrin, known as Freesoulliberation on Instagram, believes that “guys should start accepting themselves first before waiting for everyone else to accept them.” 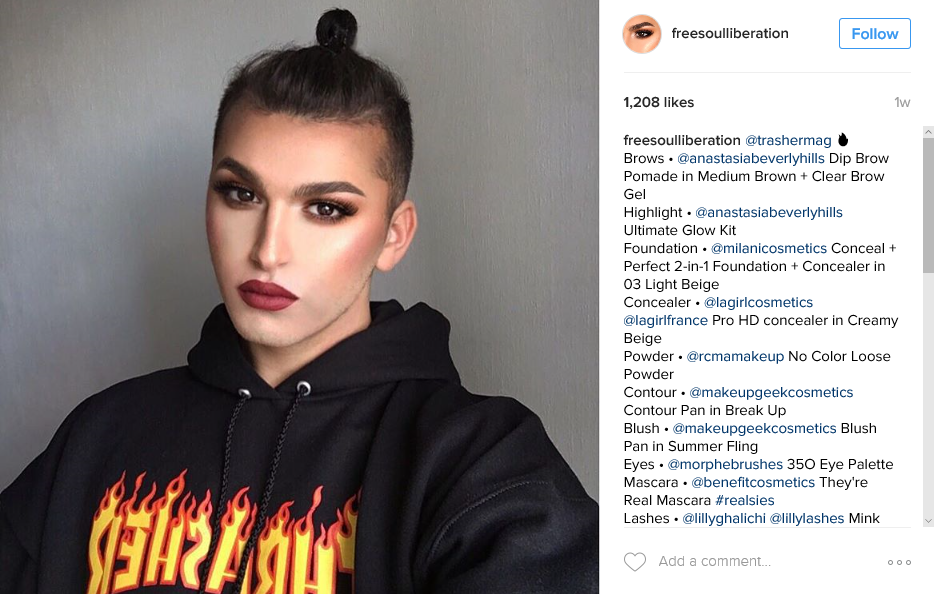 Independent makeup artist, Jeyda Duru from north London, has admitted to have never done a male’s makeup before. “I have asked to do my boyfriend’s but he’s declined. He feels like makeup is only for women and if men do wear it then they are seen as gay,” she told us. She believes that makeup is still widely seen as a feminine thing and not something that the average man would feel comfortable to sport in public.

Leave your comment down below on what you think about men wearing makeup in public.