Modest fashion aimed at Muslim women is proving ever more popular in the UK. 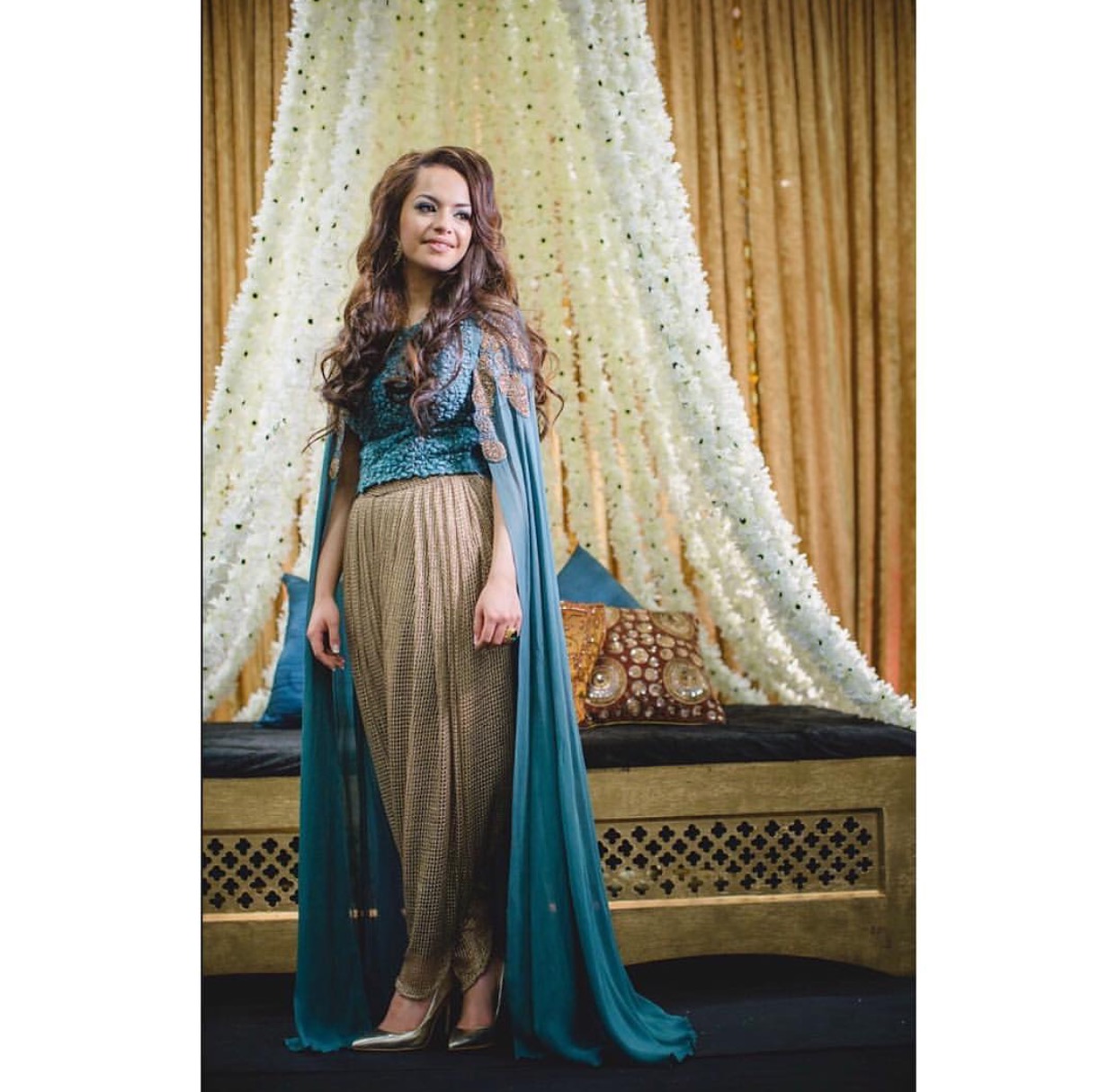 Twenty-six-year-old fashion designer Saleha Bagas is leading the way in modest clothing wear for young Muslim women. Bagas graduated with a BA Honours degree in fashion design from the University Central Lancashire just two years ago and has come a long way since then. Her company was launched in 2014 where she initially sold her brand locally in her mother’s living room, but is now shipping worldwide.

Saleha grew up in Halliwell near Manchester and learnt embroidery from her father: “I saw him on the machine and wanted to follow his footsteps.” He played a huge role in her career and supported her throughout. Saleha’s father sadly passed away when she was 14 years old; her dream was to build her future in his trade.

So where did she get the idea of modest fashion wear? Saleha was the only ‘foreign’ Muslim girl on her course. She wanted to do something different and unusual as the competition was very high. She used her duo nationalities of Indian and English to her advantage where she created an Indian fusion with a 1950’s look: “I wanted to go for a look where Muslim women can cover, but can also look fashionable.” She then developed the modesty look, where Muslims in the UK don’t feel alienated wearing black all the time. However many Muslims claim fashion is ‘haram’ – in other words a sin, therefore she created a unique covered look, different from everyone else.

Salem’s career was a success from the start. Her university collection was showcased for graduate fashion week. Her first proud moments were a hand beaded jacket featured in Vogue and a local newspaper. She was offered an amazing job opportunity in London which, unfortunately she had to turn down when she received the news that her mum was diagnosed with cancer. She put her career to the side in order to care for her mum. She began to work from home and design her collection, using social media as an advertising platform, especially Instagram. After a while she decided to launch her own brand where she received a fantastic response and her collection sold out very quickly.

After her mum’s diagnosis, Saleha and her mother decided to travel. Her first collection was inspired from the Middle East where she stayed for a month and created a collection which was filtered from there.

Since 2013, she’s won many awards in the UK and had many interviews, designed her own wedding dress and has celebrity bloggers wearing her brand and posting online. Saleha has amassed a following of just under 20k on Instagram and has stockers in Dubai and England. Her  most recent achievement is the British Asian awards, which was sponsored by Lloyds bank.

Saleha works hard during weekdays from 12 until 5pm with family assistance and a tailor. As the boss of her own business, she is responsible for all photoshoots and styling and travels regularly to Turkey to buy fabric. She finds the hardest part of her career is seeing replicas and not being able to do anything about it, this is what encourages her to manage the business by herself: “No one will care about the business like yourself.”

Saleha is shocked at how her brand has become popular since she started shipping worldwide. She regularly ships to the UAE, USA, UK and Canada; and is now receiving orders from Kenya and Palestine.

Her Mother was one of her biggest supporters but sadly passed away to cancer in 2015. Although life kept knocking her down she always seemed to find a way to get back up and stay strong for her career. She married in April 2015 and her husband has now become her biggest supporter after her brother and sisters.

She has many plans for the future and dreams to fulfil including a range of accessories and childrens wear, she plans to stick to modest wear for women and improve herself by learning from her mistakes as she’s not where she wants to be yet. She hopes to work on designing full model outfits available for customers to buy.