“Never underestimate the outsider”- The much anticipated fourth installment of The Crown has hit Netflix.

The opening of the episode is filled with dark and bleak undertones.

As stark warnings from an IRA member play over a scene of Queen Elizabeth II (with the ever brilliant Olivia Coleman returning to the role) riding horseback on the courts of Buckingham, the whole family appear blissfully ignorant towards The Troubles and a looming threat from the Irish Replublican Army. 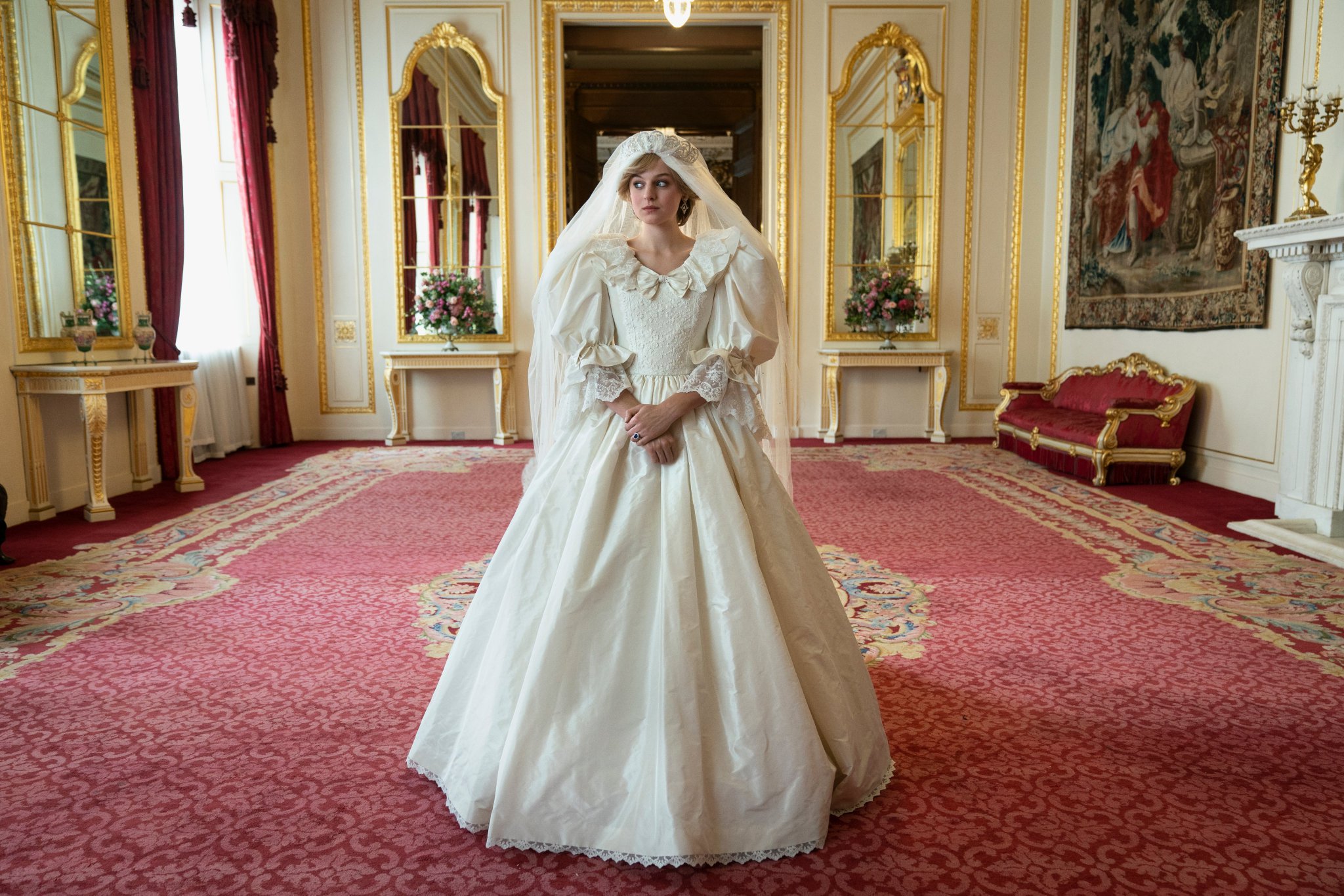 Instead their stress and worry goes to securing the nearly 30, Prince Charles (Josh O’Connor) a wife. Although Camilla Parker Bowles remains at the forefront of the heir to the throne’s mind.

The repression of emotions and being oneself has been a topic throughout The Crown’s run and never more so than in this series with the cracks showing for the royal offspring.

The Queen sticks to her cold exterior, performing an emotionless and distant motherhood approach.

Before the intro titles roll we are introduced to the most controversial relationship in royal history, that this series will revolve around. Lady Diana Spencer enters.

At her introduction Diana seems young and naive. Discussing with Charles her upcoming school play, while the Prince awaits his date with her sister, Sarah.

Dressed in costume as Puck, the mischievous sprite who uses love potions to prank human characters from A Midsummer Night’s Dream.

Her curiosity towards Charles gets the better of her, “she was obsessed with the idea of meeting you”, as the episode foreshadows the future for the woman who would become the Princess of Wales.

Kudos to the make-up and costume departments for transforming Gillian Anderson into the Iron Lady. From the hair, to the make-up and to the cobalt blue suit, Anderson’s appearance is both astoundingly uncanny and absolutely terrifying.

Cut to the next scene and the new PM is arriving at the Palace in order to meet the Queen and be asked to form a government in her name.

The character of Margaret Thatcher is cemented as unlikeable both to The Queen and the audience as she tells Her Majesty why there will be no women in her cabinet.

“I have found women in general tend not to be suited to high office”, an audible groan can be heard from the audience as Anderson’s character explains, “they become too emotional”.

As the Royals head to Balmoral for the summer and Charles is in Iceland salmon fishing, we see Lord Mountbatten in Ireland preparing for a day on his boat catching lobster.

All the scenes set in Balmoral, Iceland and Ireland were actually shot in Scotland for this episode.

Depictions and imagery of death, set to dramatic music and the occasional soundscape of shotgun fire create a huge sense of unease and turn the episode briefly into some kind of Nordic horror film.

It all builds up until the moment Lord Mountbatten’s boat is blown up by an IRA bomb, killing him, his grandson and Paul Maxwell, the boat boy, instantly.

News of the Queen’s second cousin’s death is devastating to Prince Charles, who saw Mountbatten as a second father.

Things are made worse when Charles receives a letter from his favourite relative from beyond the grave. The letter tells of Mountbatten’s desire for Charles to find a suitable wife and fulfill his royal duties.

With season 4 now streaming it’ll be sad to see this cast depart. Olivia Coleman (Queen Elizabeth) and Josh O’Connor (Prince Charles) especially have been fantastic in their roles.

Tobias Menzies has provided the perfect contrast to the older, more settled Prince Philip than we saw with Matt Smith’s portrayal.

They leave huge shoes to fill. With Imelda Staunton confirmed to be taking the role as The Queen in season 5, Coleman can feel confident that she leaves the character in safe hands.