One of three hilarious shows currently gracing the West End with their fun packed slap-stick comedy. Mischief Theatre have created another hit after Olivier Award Winning The Play that Goes Wrong. 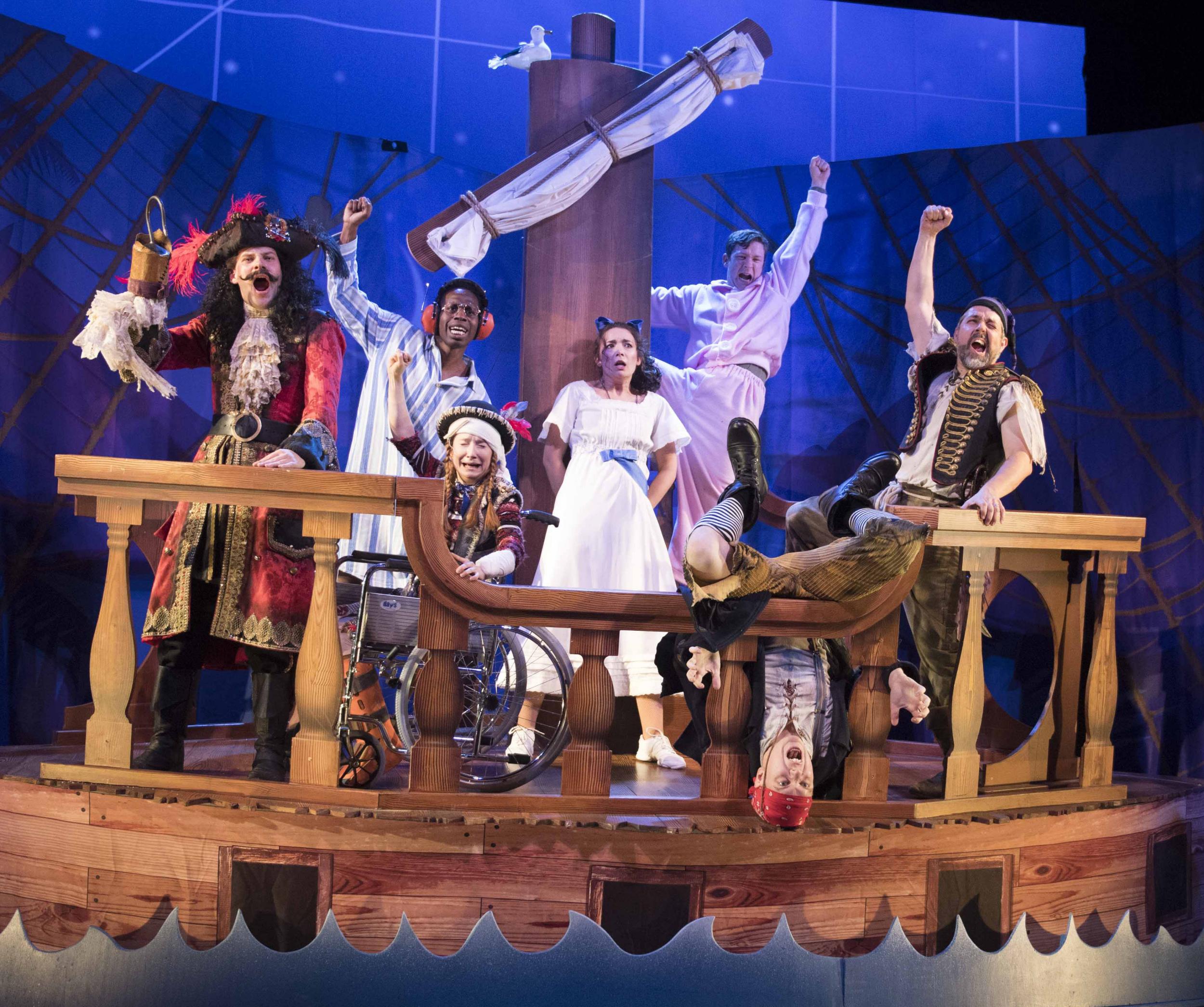 Henry Lewis, Jonathan Sayer and Henry Shields have created a hit that is more than worthy of the West End. The play has the audience eating out of the palm of their hands from the moment the first cast members walk into the auditorium. Adam Meggido directs this fourth wall breaking mayhem, ideal for the holiday season.

‘The sequel’ shows The Cornley Polytechnic Drama Society put on the traditional Peter Pan by JM Barrie as a pantomime, or at least they’re trying to. Everything that could go wrong goes wrong. From the stage falling apart, wrong voice overs played, failing electricity and cast quarrels, it couldn’t get worse for the drama society. While they’re hopelessly trying to cover up their mistakes the theatre is shaking with laughter from the audience.

From the moment you walk into the auditorium, it couldn’t get more entertaining. Before the show even starts cast are walking around the stalls, making the audience help them bring a cable across, or setting up to get ready for the ‘pantomime’, while giving the impression of an incompetent stage production. This adds another level of interactivity, making it even more interesting and intriguing, as to what the play has in store for the actual show. 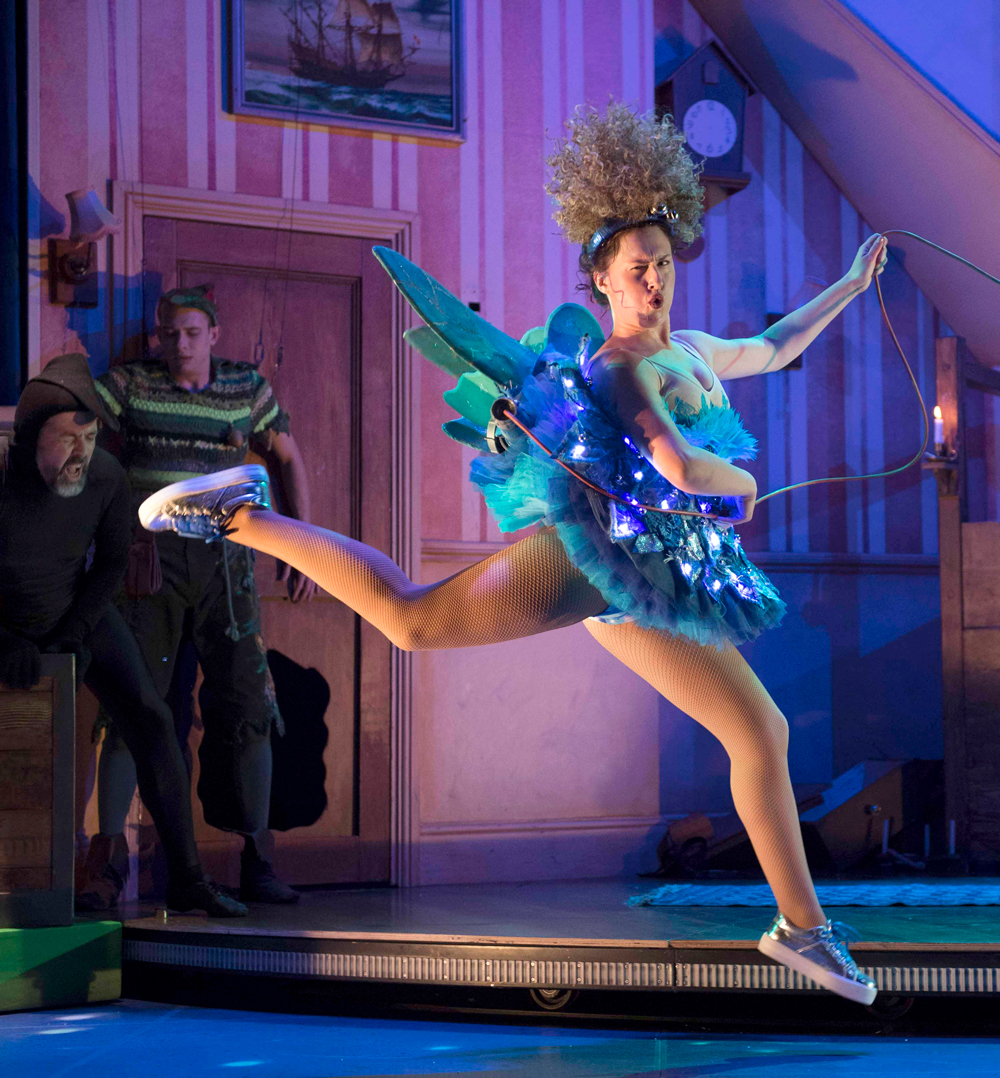 However, at some point the jokes and funny mishaps get a bit repetitive, but that doesn’t make this evening any less spectacular. The cast somehow manage to surprise, even when you think you know what’s going to happen next.

I’ve never seen such bad acting done so well, this alone is an incredible achievement by the wonderfully skilful actors. Leaving the audience in tears of laughter, it is one of the highlights of the ‘bad’ production.

Matt Cavendish as Max the clumsy, lovable guy who was only cast because his uncle paid for the production, is the audience favourite. Laurence Pears as Francis, who has a hard time narrating the story is just hilarious, he’s constantly in a battle with a chair. The rest of the cast are just as brilliant and their comedic timing is perfect.

Peter Pan Goes Wrong run at the Apollo Theatre until 27 January 2017. Get your tickets at Official Theatre