Registering to vote for the general election on 12 December is due today, by midnight.

Eligible voters are to be aged 16 and over – 14 and over in Scotland – and UK citizens – or Irish, EU and Commonwealth citizens who have permanent UK home address.

30,000 of people, including 20,000 of under-35s, have registered to vote for the coming general election in December, according to the aggregates on 22 November. It has turned out to be one of the largest rushes in UK political history.

An Electoral Commission spokesman said: “It’s great to see so many organisations working alongside us to encourage people to register to vote. These efforts are clearly delivering results.”

He added, “there is more work to do to ensure that they can register by the 26 November deadline. It only takes five minutes to register at gov.uk/register-to-vote,” stressing the significance of raising the number of votes, up until the deadline.

Jeremy Corbyn further ensured: “Yesterday Labour got behind National Voter Registration Day – unlike the Conservatives – because we want you to have a say in the future of our country. And more than 300,000 people registered to vote. Make sure you can have your say on 12th December.”​ 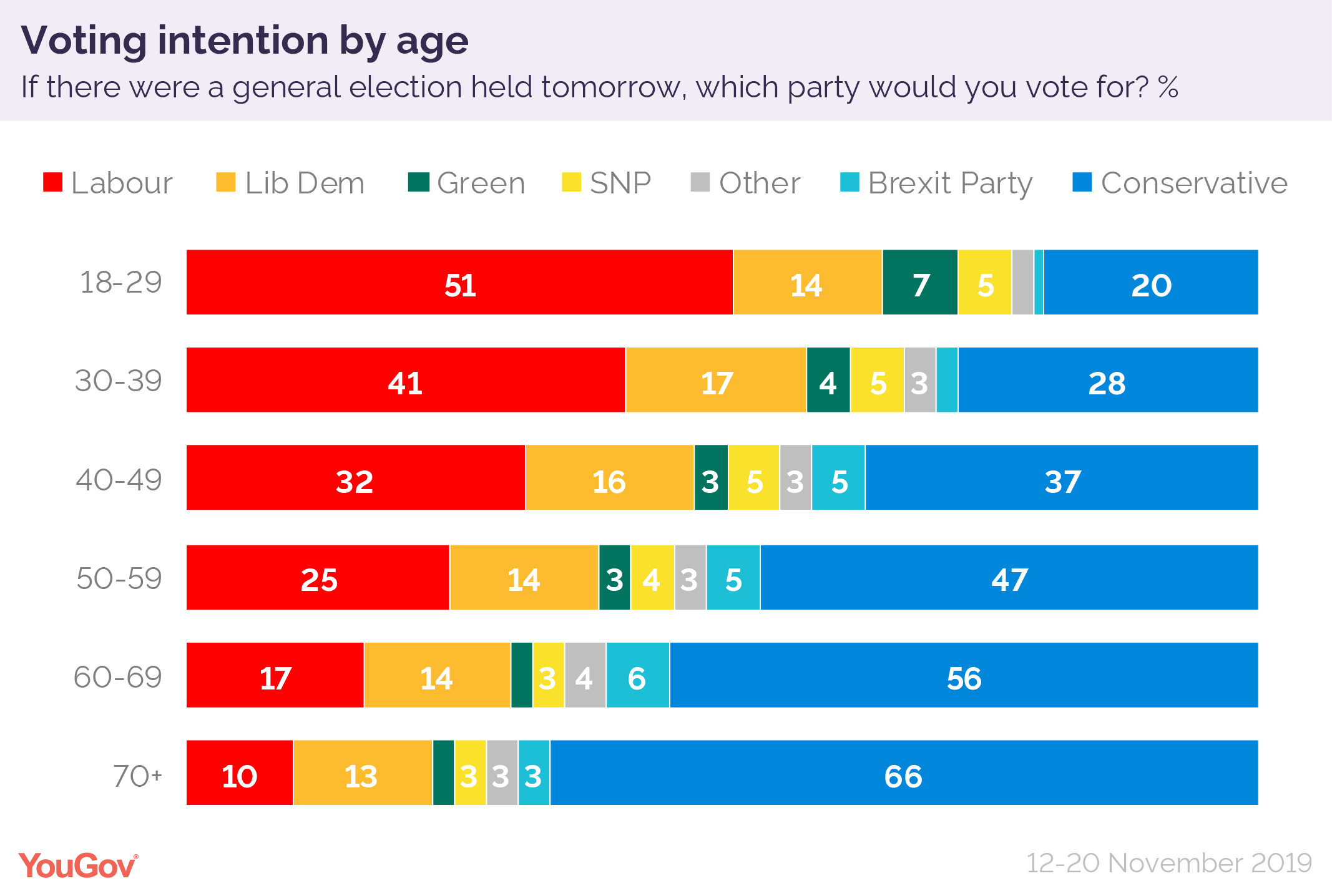 According to YouGov, the voting intentions on existing parties – Labour, Lib Dem, Green, SNP, Brexit Party, Conservative and other – show the political inclination by ages. Young voters between the age of 18 and 39 significantly showed, the young generation mostly supports the Labour party for the general election. Whereas, older voters aged from 40 to over 70, overtly showed their favoured political bias on Conservatives.

It’s deadline day! You have until 11.59pm tonight to register to be able to vote in next month’s general election. Tell your parents – remind your friends – don’t miss out. #GE2019https://t.co/o7TPHixmcG pic.twitter.com/ClAW7gy5mN