Alone and late at night, Ninon Cipolli, 25, a girl who has witnessed a burglary happen outside her building, in Vincennes, France and believed the best decision was to call the police. Prepared to give out her address so they could send a patrol her way, she was taken aback by their reaction.

Back in early January, a pandemic has hit the world, stripping everyone of their freedom to socialise as normal. But not only was the world hit by a deadly virus, it decided to speak out and point out the brutalities around the world inflicted by police forces.

Black Lives Matter, a movement reflecting the world and people’s fatigue to be victimised as objects and considered as less worthy and valuable than others because of their skin colour. But if you have been in a cocoon, here is a more delicate and wordy definition of what the movement is all about. It is a political and social movement advocating for non-violent civil disobedience in protest against police brutality and all racially motivated violence against Black people. We can only remember some of the faces of those who lost their lives to the hands of police forces this year.

People are speaking up more than ever and are taking actions to remedy the systemic racism, wondering whether racism and police brutality have always been this high in numbers or whether this past year has particularly been challenging for police forces. It is “omnipresent within the police itself,” Ninon says with an annoyed and tired-of-the-situation tone.

Systemic racism is a way to describe the diminishing of ethnic minorities by favouring white superiority thinking at a systems level in daily life. It can be assumed individually, ideologically and institutionally.

– 20 years after Damilola Taylor’s killing
– #BLM: where are we now?

Peggy McIntosh, an anti-racism activist, created a quiz called  “invisible knapsack”  to help people understand the systemic nature of racism by looking at white privileges and how people of colour may experience society differently.

“I have come to see white privilege as an invisible package of unearned assets that I can count on cashing in each day, but about which I was ‘meant’ to remain oblivious,” McIntosh tells the Voice of London.

Racism is not only one’s issue. The Black Lives Matter movement has made clear that for systemic injustices to be eradicated, we must point out those issues when they happen in order to not only have an ethical and fair representation of society but also to hold accountable the dominant culture.

“It speaks for itself about systemic racism within the police. It is a perfect illustration of what the system is like.” 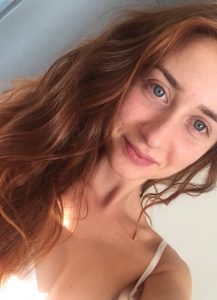 Twenty minutes passed, and there was still no sign of any police car. She started wondering what was going on, “whether they thought it was a joke or not as serious of an issue as it actually was.” She took it upon herself to call them back as she wondered if the police were taking her cry for help seriously. She gave the details of what was happening again. She reminded us that at the time, she lived in a quiet and peaceful area. The nearest police station was three minutes from her flat, but twenty minutes had passed and there was still no sign of help.

Three police officers arrived about 40 minutes later and she was concerned that they would not be of much help.

“They hung around for a while, checked the building in front of me and after roughly an hour of them being here, they went. I decided to call them back and find out what had happened as I wasn’t reassured at all.

“They responded that the van wasn’t the one used for the burglary and that the guy they had found there wasn’t the burglar, even though they hadn’t checked his identity, nor his van’s licence plate.”

As a woman, whose flatmates weren’t home, she was worried and she says she has lost faith in her local police force to protect her and her neighbours.

In the UK, there is a disparity between people who trust and do not trust the police forces.

Police brutality has been condemned and pointed out more than ever this year – how trustful are you of the police forces?

Following the deaths of Breonna Taylor, George Floyd and Tony McDade, people have rallied around the world to protest. The belief that police brutality happens mostly in the United States and not in Britain remains strong. Black organisers in the UK are shouted at with arguments such as “British police forces aren’t even armed,” despite the number of recorded deaths in police custody in the UK — eight per cent of recorded deaths are Black people.

On 20 May, 2020, Siemon Francis was found unresponsive in his cell at Torquay police station and a police watchdog said an investigation was underway. It is only a matter of researching the Black people who have been killed or maimed by police to realise this is not just happening elsewhere, but in the UK too.

The figures released for the 2017-2018 period by the Met Police show police officers are four times more likely to use force against Black people compared with the White population. The Met used force 62,000 times in this period with more than a third of incidents involving Black people. 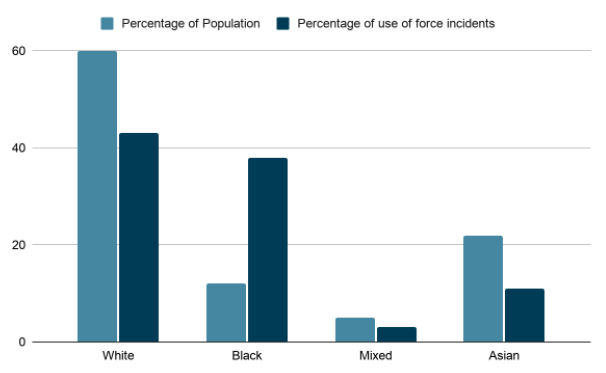 Terrell Jones-Burton is a perfect example of unnecessary violence used by police. He was knocked off his bike in November 2018. However, unlike in the US, the last time a police officer was prosecuted for the death or injury inflicted to someone was in 1969, with the death of David Oluwale – a homeless British-Nigerian man who the two police officers tried to kick out of the city at numerous times. Both officers faced charges of manslaughter, but later on during the trial, these charges were dropped to assault and were sentenced to three years in prison.

Though the number of deaths related to police brutality is not as high as it is in the US, there is evidence to show that systemic racism exists at the very entry-level of the British criminal justice system – who gets arrested, charged, convicted or even who gets stopped and searched.

The percentage of Black people in England who are in prison is higher in relation to their share of the general population. Not only Britain has higher numbers of Black people in prison, but the numbers show that 48 per cent of underage in custody are from BAME communities.

What can I do?

Charities and organisations are coming together to fight racism across the UK. As we have recently seen with the Sainsbury’s Christmas advert featuring a Black family, they received racist comments to which they were forced to respond by releasing a statement.

We have still a long way to go before we can say that racism is eradicated from the UK, but even more to say that we are all equals. Charities such as BLAM UK, whose aim is to promote a positive dialogue of social identity and culture through history, as well as Black Girls Hike whose aim is to make the UK countryside more inclusive and provide a safe space for Black women across the country. 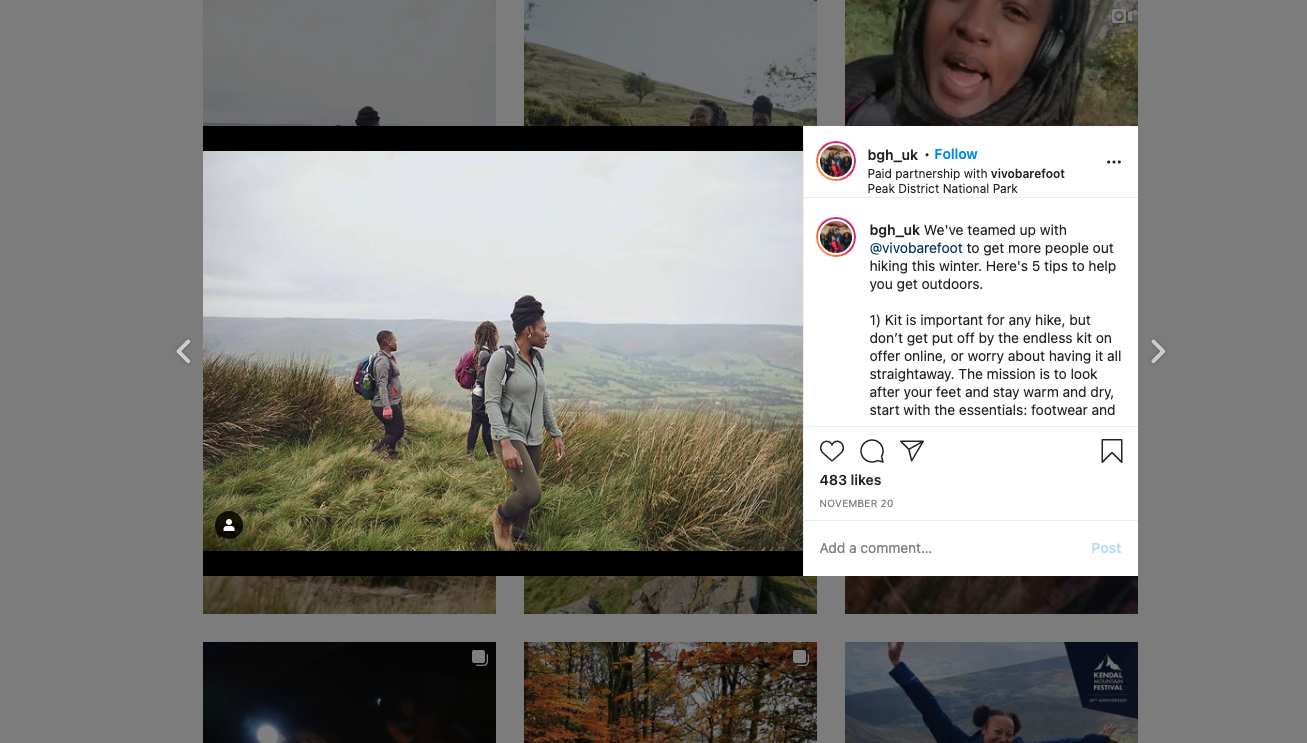 One thing that has been mentioned many times by too many Black people is the lack of education. If you feel like you will say something wrong, then you need to educate yourself more on the topic. We also have learnt this past year that no matter who you are, if you are to say something that may offend someone, you will be called out.

Support charities, speak to the people who may have experienced police brutality and racism, educate yourself and more than everything, get involved. Change only happens if you decide to make it happen.

Ninon says this is one of the many reasons why she does not trust police forces. The call ended a bit heated with Ninon explicitly telling them “how unhappy I was with what they’d done. I do not know whether they ever caught the burglars but this really was a mess.”