Was Donald Trump the right fit for America? Here is a small recap of nine moments from the past four years that will probably help you answer this question.

In Donald Trump’s view of the world, xenophobia, harassment, sexual misconduct, white supremacy and racism are an everyday normal. The propagation of his authoritarian views through his tweets, actions, policies and power throughout his quadrennial presidential term made many detest both him and his administration.

A total of Trump’s in-term atrocities (2017-2020), Infographic by Shravani Chavan, Source: Lest We Forget The Horrors

As we now bid President Donald J Trump our final goodbyes, Voice of London looks back at some moments from his administration that define his debatable presidency. Out of the long list here are a few of his atrocities that can neither be forgiven nor forgotten.

“The largest audience to ever witness an inauguration, period”

Starting the administrative term with a lie, Sean Spicer, the White House press secretary, in his first press conference boasted that the gathering for Donald Trump’s inaugural at the National Mall, “was the largest audience to ever witness an inauguration, period. Both in-person and around the globe.”

Later, photographic evidence comparing the crowd present at Trump’s inaugural with that of Barack Obama’s inaugural surfaced in the media and Spicer’s claims were proven to be untrue.

“Travel ban into the United States should be far larger”

In 2017, Trump signed an executive order imposing a 90-day travel ban on citizens from seven countries having a Muslim majority population. This also resulted in an indefinite halt of incoming refugees and asylum seekers from Syria. He went on to aggressively defend his decision saying that the ban would protect America from terrorists. In his official statement, Trump said: “To be clear, this is not a Muslim ban, as the media is falsely reporting. This is not about religion – this is about terror and keeping our country safe.”

Later, it was reported that no terrorist attack in the States had any participation of the refugees from the countries on Trump’s ban list. 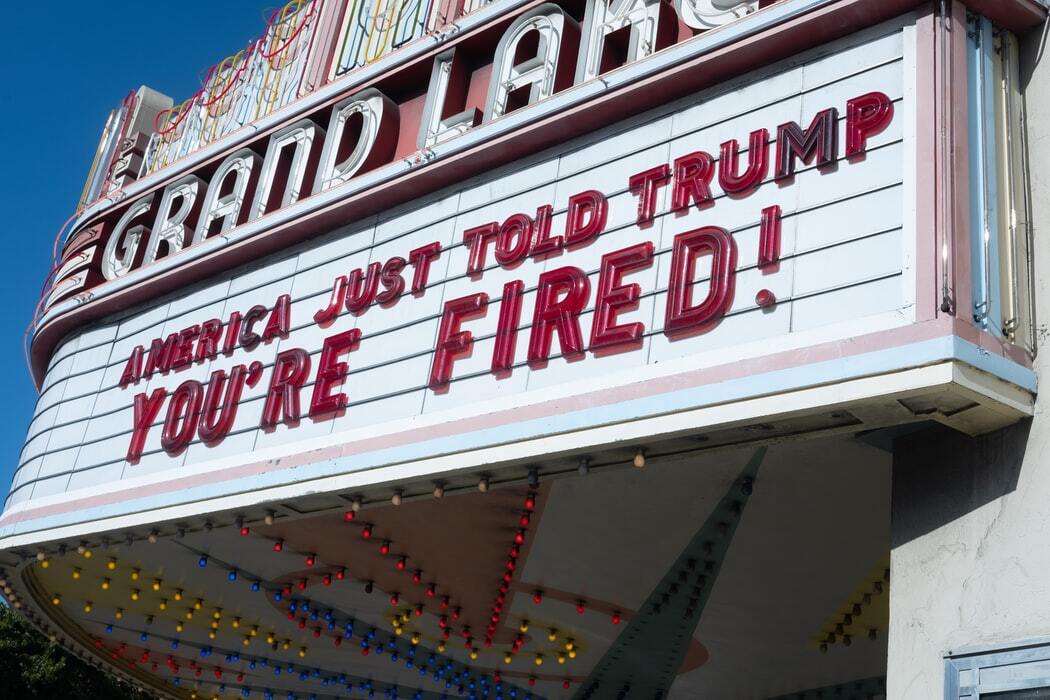 In repudiation of the travel-ban, Attorney General Sally Yates instructed her lawyers not to defend Trump’s order from any possible legal challenges. She was later fired by Trump. And so was everyone in the term of next four years who refused to be a part of Trump’s offences.

In August 2017, during the “Unite the Right” rally in Charlottesville, Virginia, members of the Ku Klux Klan and Neo-Nazi organisations took the streets shouting anti-jews slogans like “The Jews Will Not Replace Us.” Taking the rally to its extreme, James Feilds Jr, a white supremacist drove a car over counter-protesters in which Heather Heyer was killed and 19 others were injured. In his official statement after the incident, Trump refused to rebuke white nationalists and said: “there were very fine people, on both sides.” 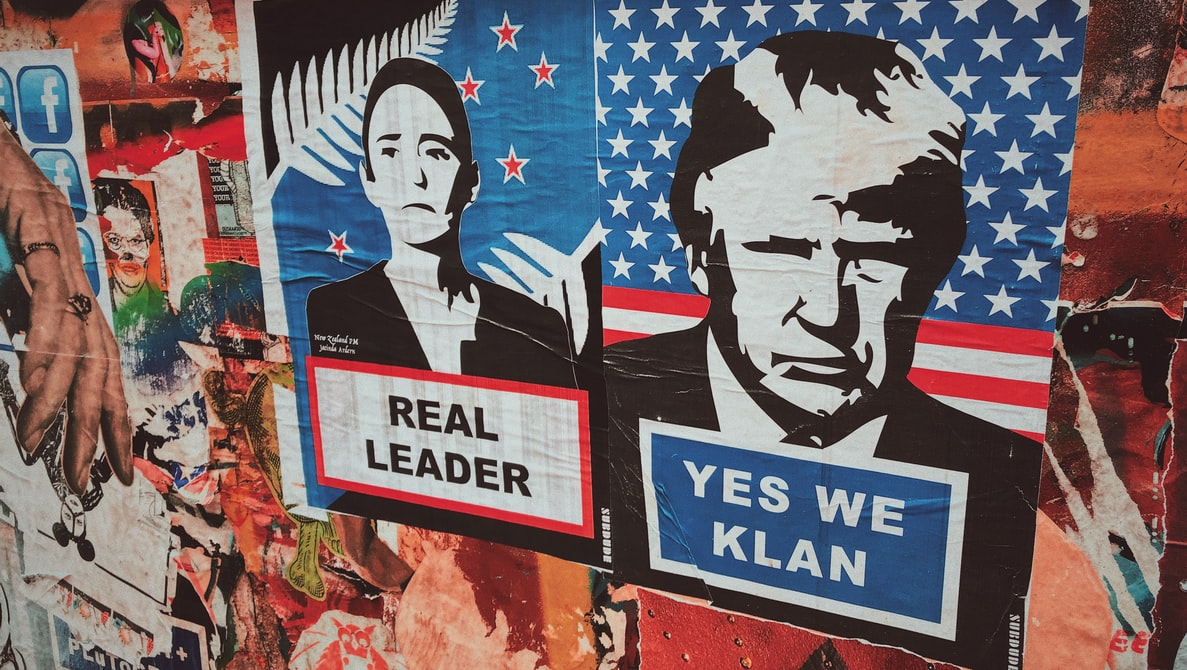 After Trump’s statement, Kenneth Frazier, CEO of Merck Pharmaceuticals resigned from Trump’s American Manufacturing Council. In his public statement, Frazier said: “America’s leaders must honour our fundamental values by clearly rejecting hatred, bigotry, and group supremacy, which run counter to the American ideal that all people are created equal. As CEO of Merck and as a matter of public conscience, I feel a responsibility to take a stand against intolerance and extremism.”

Since the start of his term, Trump regularly condemned the media and journalists for publishing “fake news” against him to destroy his reputation. In another attempt to attack the press he announced ‘THE MOST DISHONEST & CORRUPT MEDIA AWARDS OF THE YEAR.’

After the US midterm elections, in a White House press conference, CNN correspondent Jim Acosta asked Trump several tough questions about the Central American migrant caravans and the Russian interference in the 2016 elections. In a dismissive response Trump said: “Honestly, I think you should let me run the country, you run CNN, and if you did it well, your ratings would be much better.”

In retaliation, Acosta’s White House credential pass was revoked hours after the incident.

A day later, White House secretary defended their actions by accusing Acosta of placing hands on a White House intern.

“Now I can go after Horseface”

Adult film actress, Stormy Daniels, announced that she had an affair with Donald Trump in 2006 after she met him at a celebrity golf tournament in Nevada. Before the 2016 elections, Trump’s lawyer, Michael Cohen paid Daniels a settlement amount of $130,000 to keep the news of their affair hidden from the public.

In August 2018, a federal court threw out Daniel’s defamation lawsuit against Trump and ordered her to repay the settlement amount. In response, the President called the adult-film actress a “horse face”. However, earlier this year in August 2020, Trump was ordered by a California court to pay Daniels a sum of $44,100 as the legal fees related to the lawsuit she had brought against him. 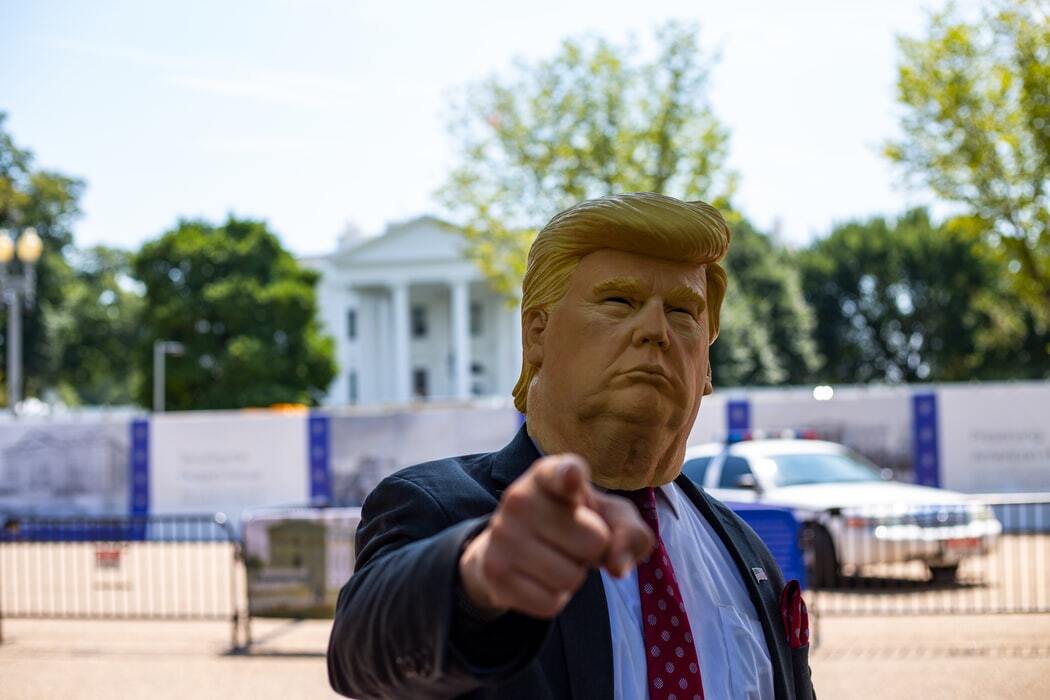 Throughout his administrative term, several lawsuits were filed against Trump for inappropriate behaviour and sexually harassing multiple women. In an interview with The Guardian, Amy Dorris, a former model accused Trump of sexually assaulting her at the U.S. Open tennis tournament in 1997 when he was 51 and she was 24. “He just shoved his tongue down my throat and I was pushing him off. And then that’s when his grip became tighter and his hands were very gropey and all over my butt, my breasts, my back, everything,” said Dorris describing the incident.

“Any Immigration Bill MUST HAVE full funding for the Wall”

After the announcement of Trump’s “zero tolerance” policy in April 2018, The Department of Homeland Security released a statement stating that between April 19 to May 31, 2018, at the Mexico–United States border, there were 1,995 migrant children separated from 1,940 parents after being held for criminal prosecution for an illegal border crossing. 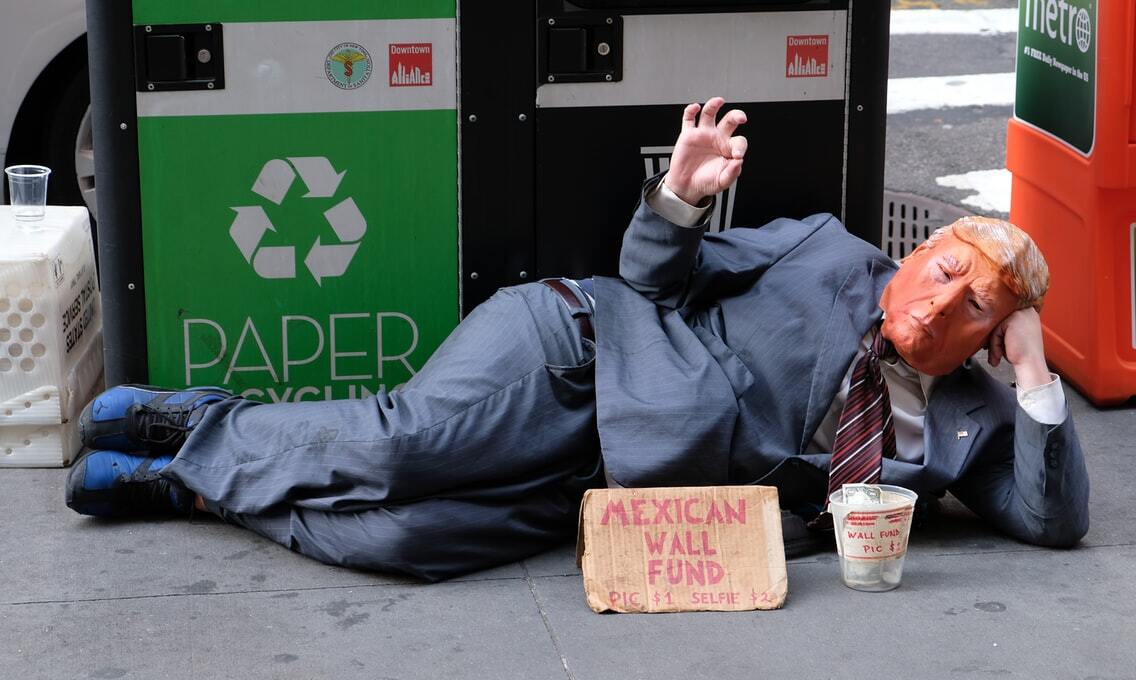 As of October 2020, parents of 545 children who were separated at the Mexico–United States border are still not found. These children are now orphaned and are living in detention centres in the States.

“Carbon dioxide is plant food and is not a pollutant”

In 2019, Trump withdrew The United States from the Paris Agreement on climate change. Due to the status of America as one of the largest emitters of carbon dioxide, the country’s participation was key to the goals of the convention to reduce the emission of greenhouse gases and increase the global climate resilience. 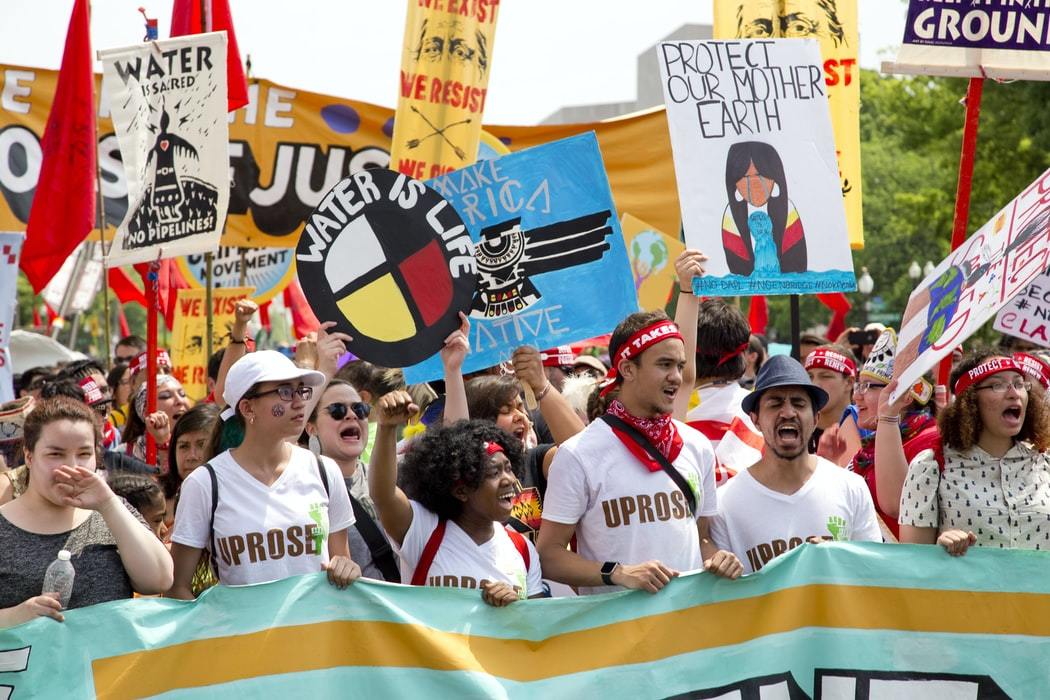 In all his constant attempts to downplay the consequences of climate change, Trump mocked TIME after it named Greta Thunberg, the 16-year old climate activist as the person of the Year. “So ridiculous. Greta must work on her Anger Management problem, then go to a good old fashioned movie with a friend! Chill Greta, Chill!” he tweeted.

“I paid many millions of dollars in taxes”

Weeks before the 2020 Presidential elections, The New York Times published an investigative report that showed that Trump had only paid $750 in federal income taxes in 2016 and in 2017 and had then received an income tax refund of $72.9 million after declaring huge losses. For years, the President had concealed his tax records and had faced losses in his business enterprises. The report stated that he is now in a $421 million in debt. 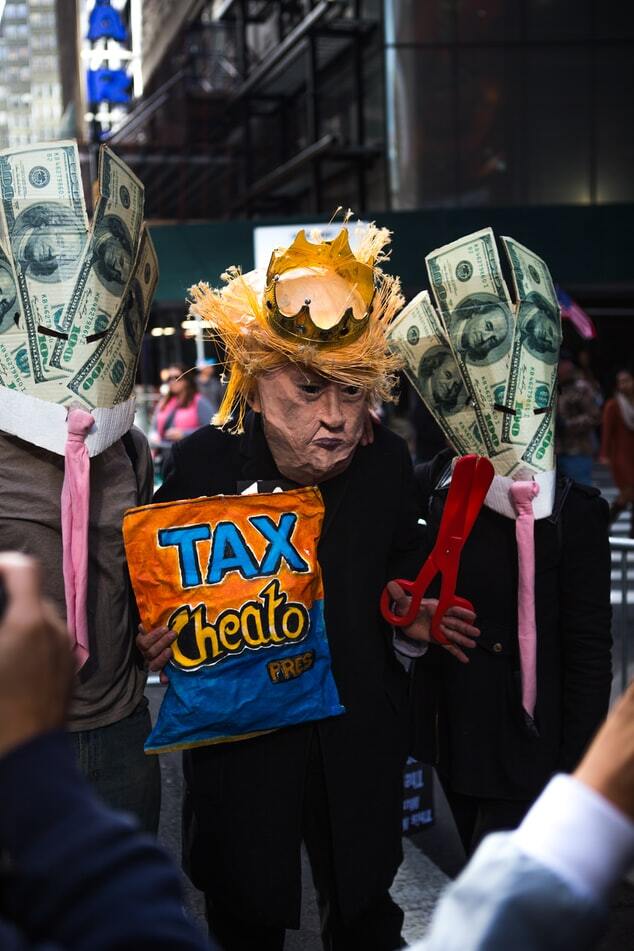 In addition to his tax avoidance, the report also revealed that in 2013 and 2015 Trump maintained a secret bank account in China where he paid $188,561 in taxes.

“THIS IS AN ASSAULT ON AMERICA”

Donald Trump became the third president in the history of the United States to be impeached by the House of Representatives. That in itself was a historic moment. He was charged with abuse of his presidential power and obstruction of Congress.

The inquiry reported that Trump tried to illegally coerce Ukrainian president Volodymyr Zelensky to influence the 2020 US presidential elections by initiating an investigation on Joe Biden. He further also tried to promote a conspiracy theory around Ukraine and not Russia being a part of the external interference in the 2016 presidential elections.

Even though it is illegal to ask foreign political powers for help in national elections according to the US law, Trump defended himself saying he has done nothing wrong.

He was also accused of obstructing Congress, the part of the government that brings laws in action by not allowing members of the White House staff to testify in the first impeachment hearings. 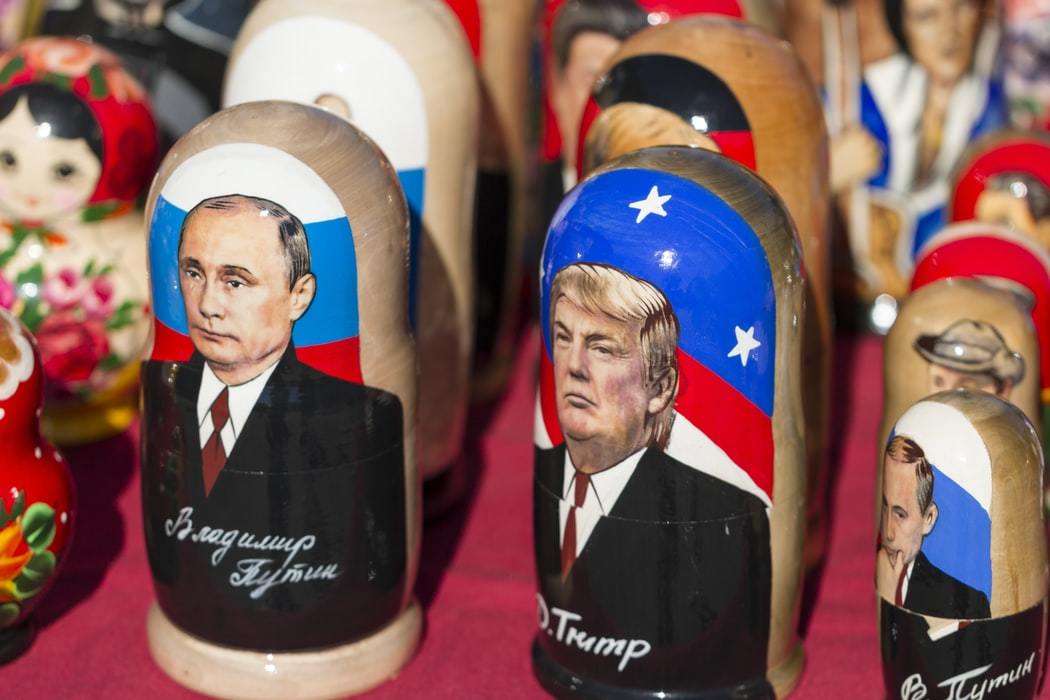 In the trial held by the Senate, two-thirds of the majority votes were required to convict Trump guilty of the accusations. However, he was cleared of all charges due to a lack of four votes on one count and lack of six votes on the other.

Sure all leaders make mistakes, it is a part of the governance. But only a few and the most successful ones recognise and try to fix the mistakes they made. Donald Trump was not one of them.