London demonstrators dressed as chickens, a cow and Donald Trump gathered on Saturday at 12 pm GMT to protest against a proposed UK/US trade deal that activists believe would lower food safety standards and its services.

Global Justice Now, calling themselves “a democratic social justice organisation working as part of a global movement to challenge the powerful and create a more just and equal world” organised the protest.

A group of 30 people gathered around Parliament Square in hope to have their voices heard with the current negotiations on a trade deal with the US. This deal is seen as a way to ease Britain’s departure from the European Union.

Some dressed as chickens and other wearing pig masks were holding a red banner saying: “Stop the US trade deal.” 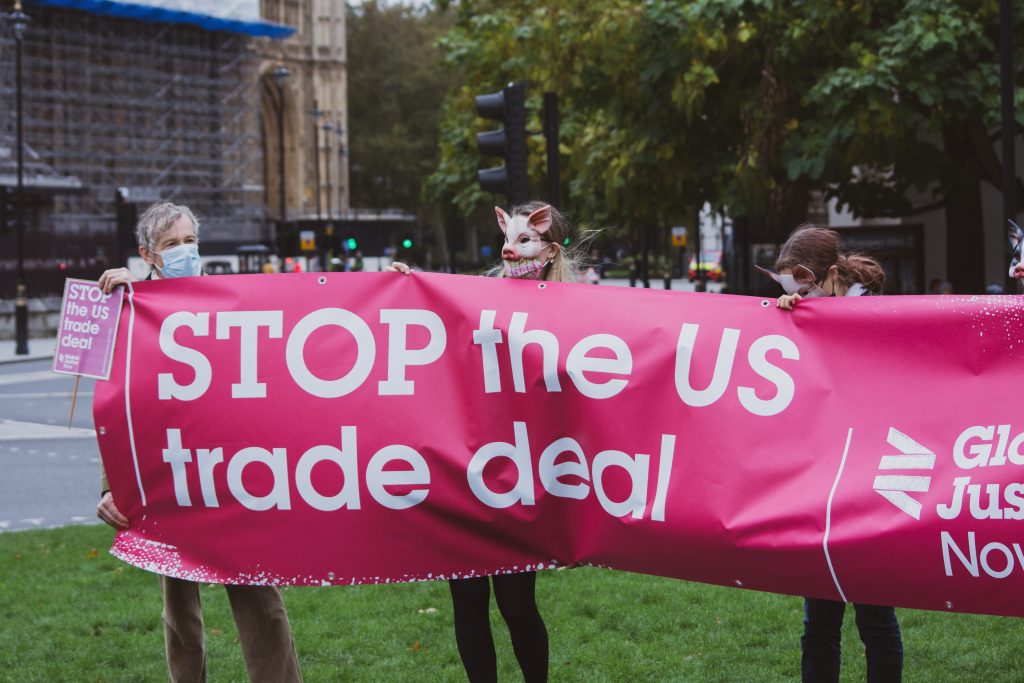 A man wearing an oversized Trump head and a fake belly were walking around with a syringe which says ‘hormones’ to highlight concerns over the meat being treated with hormones that could be sold in the UK.

The cow, named Daisy moved around the people, mooing and dancing.

They have decided to bring a cow out and show us some moves #parliamentsquare pic.twitter.com/kNLQofW8jY

As the organisers wanted to ensure everyone’s safety, they were providing hand sanitiser and face coverings. They also called for the people around the country to participate in the protest wherever they were – from the comfort of their home to a park in their city.

To make a bigger impact, Global Justice Now decided to stage Trump attempting to inject the hormones into the cow. He was then chased by the cow and the cow would defend herself.

We spoke to one of the organisers, Jean Blaylock and here’s what she had to say to why a UK/US trade deal would undermine the British food standards, services and democracy:

Voice of London spoke to Lucia Tong about why it was important to find a way to be heard without having thousands of people due to Covid-19:

We then spoke to one of the attendees who was dressed as a chicken herself, Leah Sullivan, and she mentioned that it would be a bad idea to have a UK/US trade deal and here’s what she has to say: 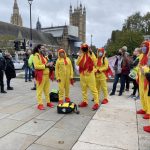 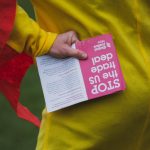 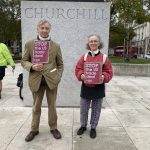 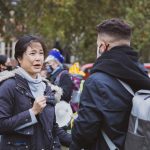 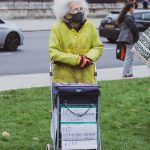 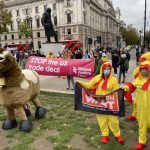 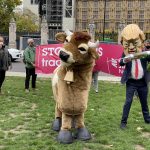 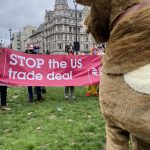 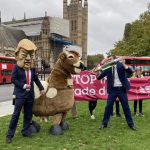 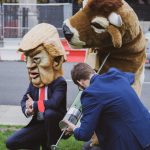