Rescheduled, postponed, simulated but never forgotten. That’s the upcoming fight between Anthony Joshua and Kubrat Pulev on the 12th of December, in Wembley’s SSE Arena, London.

Both Sky and non-Sky customers can book the event online (click here) without any surcharge.

AXS and Stubhub sold out limited seats for the match, which varied between £100 and £1,000 each.

The Bulgarian said for the Express: “This is going to be a mind game and a chess game for as long as it lasts – a master chess game – but the only difference, in the end, is going to come like lightning.”

Joshua said for the British Boxing News: “The belts go back up in the air and nothing will stop me from being victorious. I respect every opponent, and I respect Pulev. I wish him well during his preparation.”

With the SSE being an indoor arena, around 1,000 people could attend the match, with social distancing measures in place, talkSport reported.

Eddie Hearn, Matchroom Boxing chief, said for the Express: “If Brent Council allows us, we’ll certainly get that 1,000 into December 12 for Joshua vs Pulev.”

Eddie Hearn has said Tyson Fury could possibly be ringside to watch Anthony Joshua vs Kubrat Pulev on Dec 12th.

Ten days before the match, there was an arena switch from O2 to that in Wembley.

Game of the heavyweight throne: the professionals’ say

People already started making assumptions about the fight, with The Telegraph hoping for AJ’s victory.

Contrarily, at the end of October, a YouTube channel called Boxing Fight Simulations released a simulated match between AJ and Pulev, in which the Cobra wins with a knockout in the tenth round.

The Voice of London interviewed British and Bulgarian boxers and clubs’ owners to understand more about Joshua and Pulev.

Aamir Ali, 47, owner of the Stonebridge Boxing Club (SBC) in Wembley, said for The Voice of London: ‘‘I have met Joshua on several occasions. He is a good man, full of energy. As an Olympic gold medalist, he faced the toughest of boxers.

‘‘Pulev, on the other hand, is an experienced technician, as strong as an ox. What may hinder his progress is his age, but there’s always a 10-30% chance for him to pull something out of nowhere.’’

‘‘I think Joshua has a 40-60% chance of winning. If this happens, there will be a bigger fight with Tyson Fury.’’

Fayaz Masamyar, 22, co-founder of East London Boxing Club (ELBC) in Walthamstow, believes Joshua has a better preparation. He said for the VoL:‘‘Both are talented, but I think Joshua is the potential winner.’’

Valentin Jordanov, 65, is a manager of Vinkel Boxing Club (VBC) in Dobrich, Bulgaria, and a retired boxer. 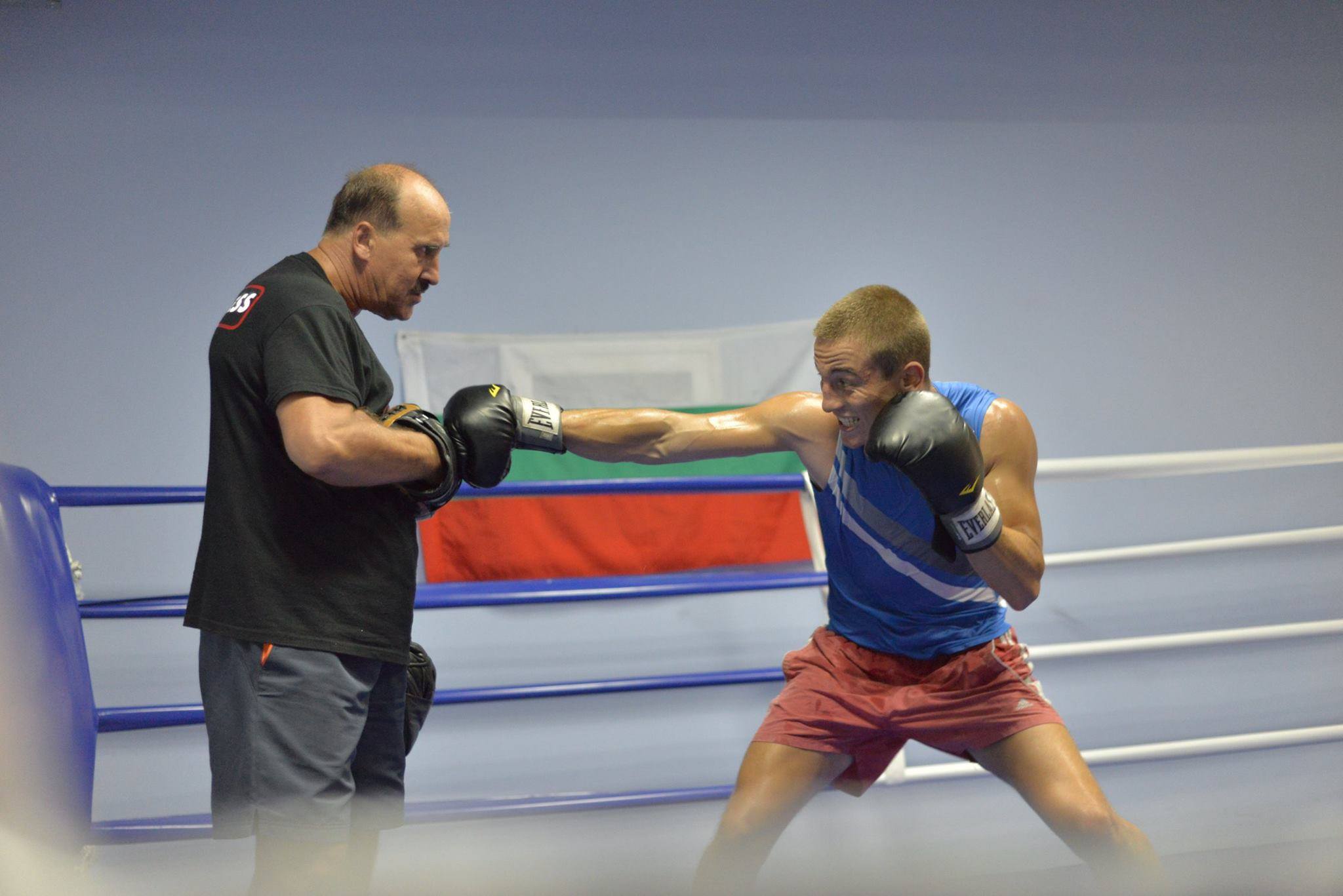 Jordanov with a fighter. Photo by Vinkel Boxing Club’s Facebook page (used with the owner’s permission)

He said for the VoL: ‘‘Whatever the result, Pulev is the first Bulgarian boxer to fight at such high level, and we as a nation should recognise that.

‘‘The match will be between two great boxers. May the best one win.’’

Boxing as a contact sport in a contactless world 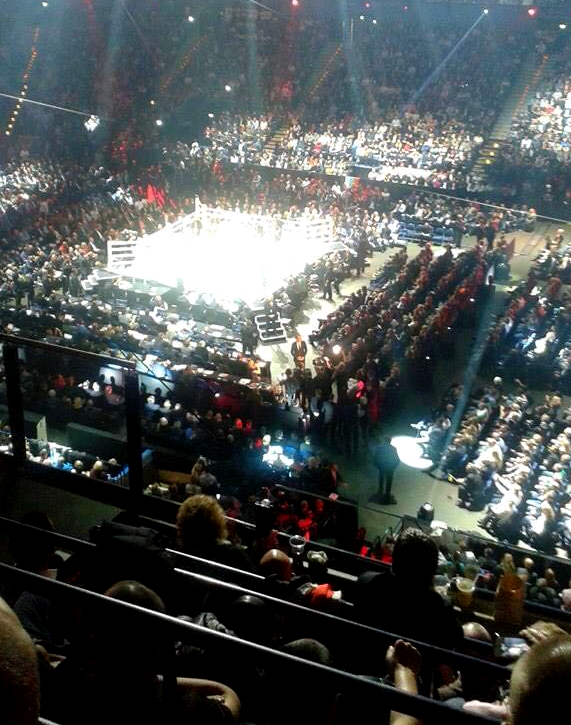 The pandemic and the following restrictions influenced boxing clubs’ owners as well. With gyms and halls opening on 2 Dec, there is hope that things will get back to normal.

Ali is ‘‘over the moon’’ to welcome training enthusiasts. ‘‘Helping people out is what we do.’’ 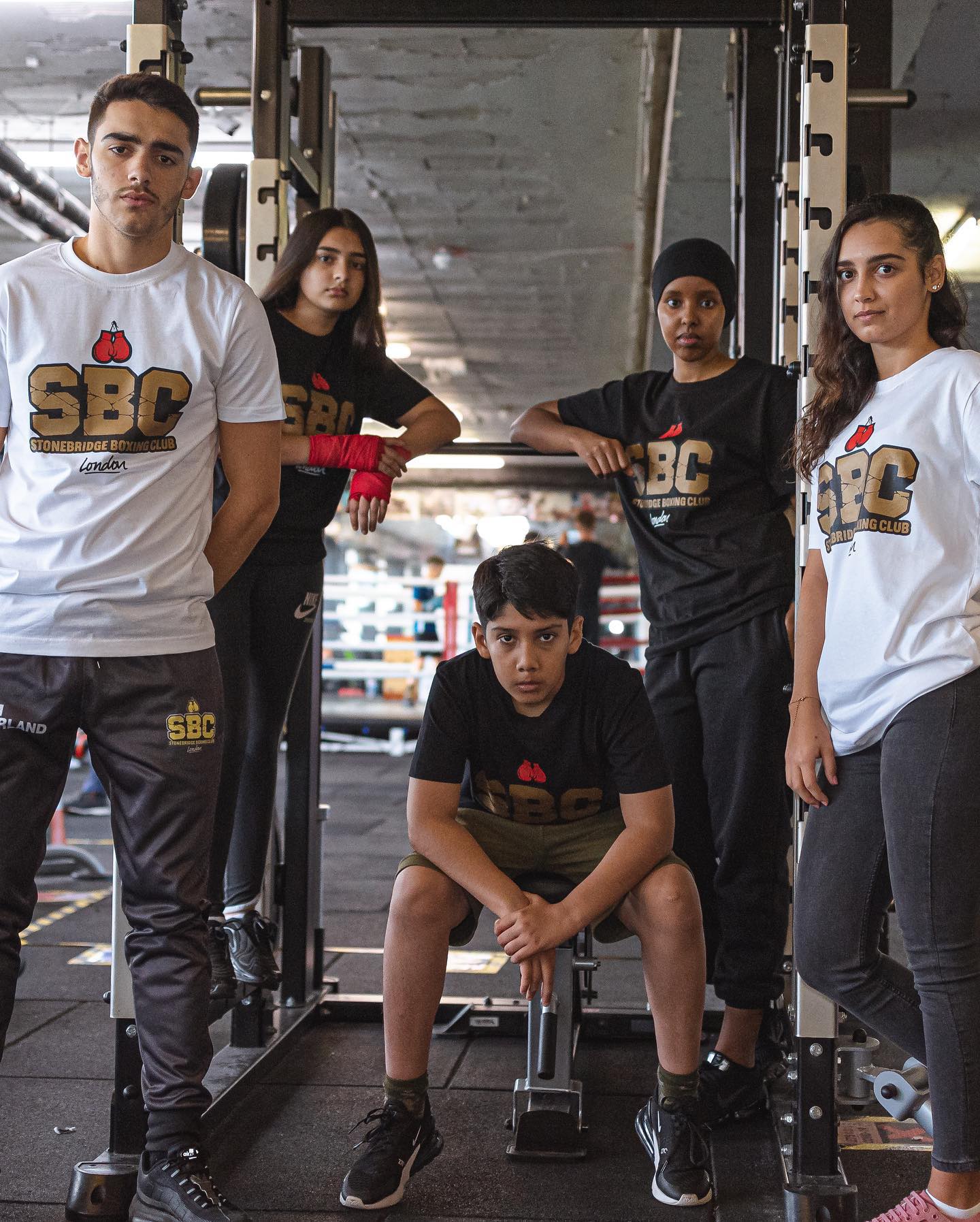 He has a responsibility for the club. ‘‘We don’t want to close, so we introduced social distancing measures. There are now ten bags in the ring instead of 20, allowing more space for movement.’’

Ali sees the good in each situation. ‘‘People have become more self-conscious. They clean both before and after using the equipment, leaving the places neat for the next.

‘‘It’s that change of mindset, which makes a difference.’’ 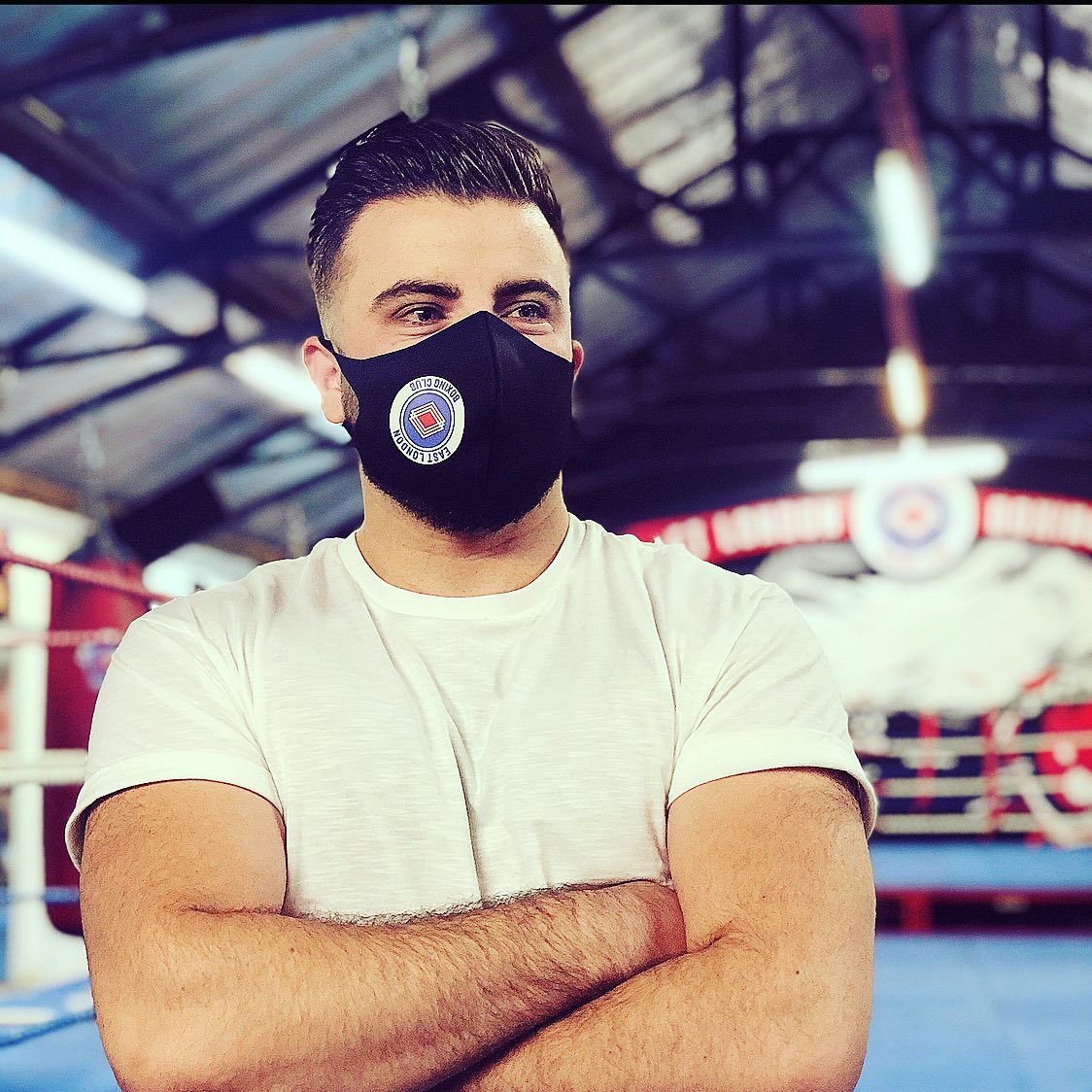 He said: ‘‘There is a lack of connection, which causes personal issues. After all, we don’t just pay the bills. Our club works for the community’s well-being.’’ 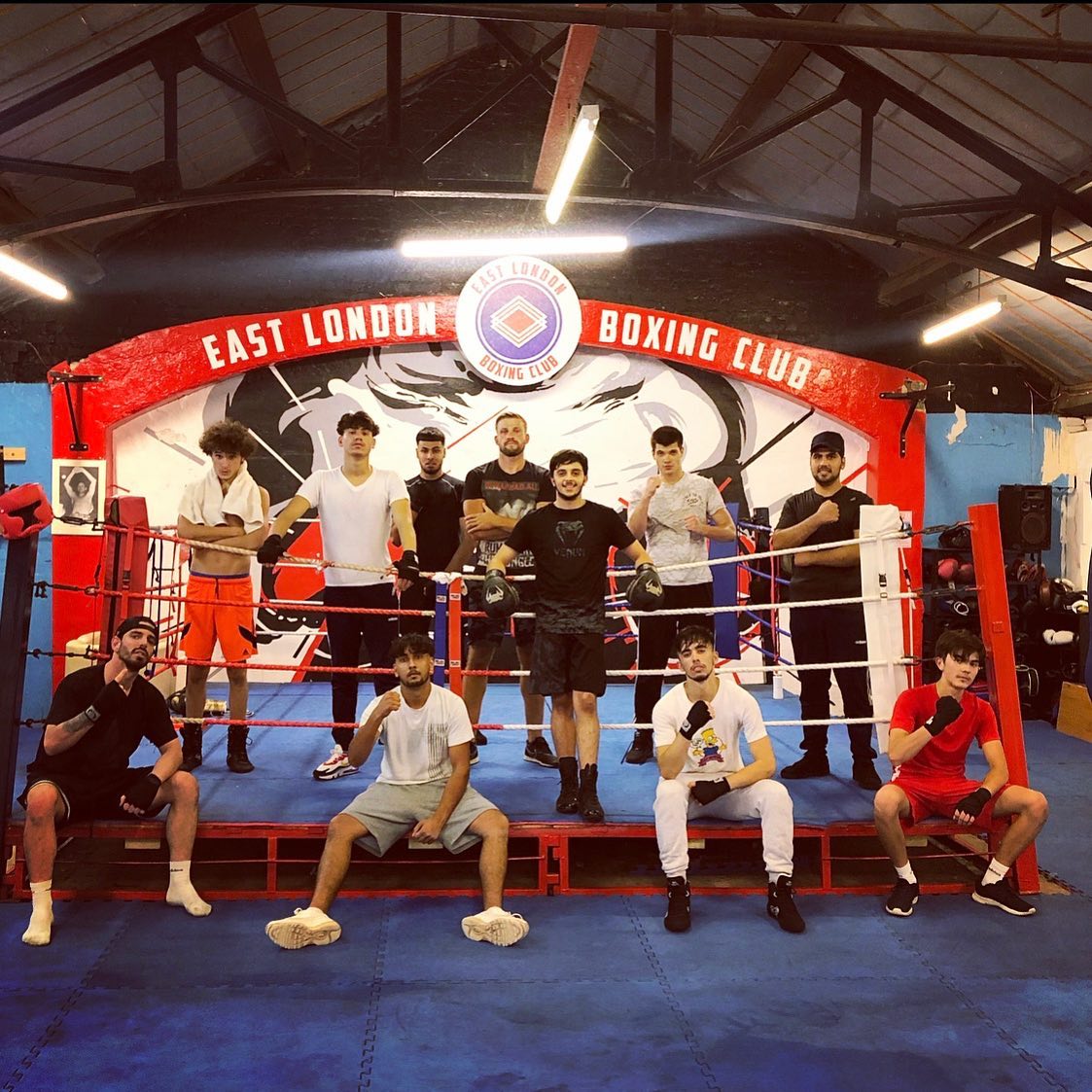 Masamyar also introduced changes to the training schedule. ‘‘We limited the number of people to six and extended the sessions so that there is no close contact between transiting players.

‘‘We can no longer put fighters in sparrings and help them individually, so we come up with new ways of teaching from a two-meter distance.’’

The audience plays a significant role in increasing the motivation among practitioners of any sport.

SBC’s professional boxer, Mikael Lawal, trained without fans three weeks ago. Ali highlighted the importance of people’s presence, pointing at the ring walk as a special ritual of adding energy. 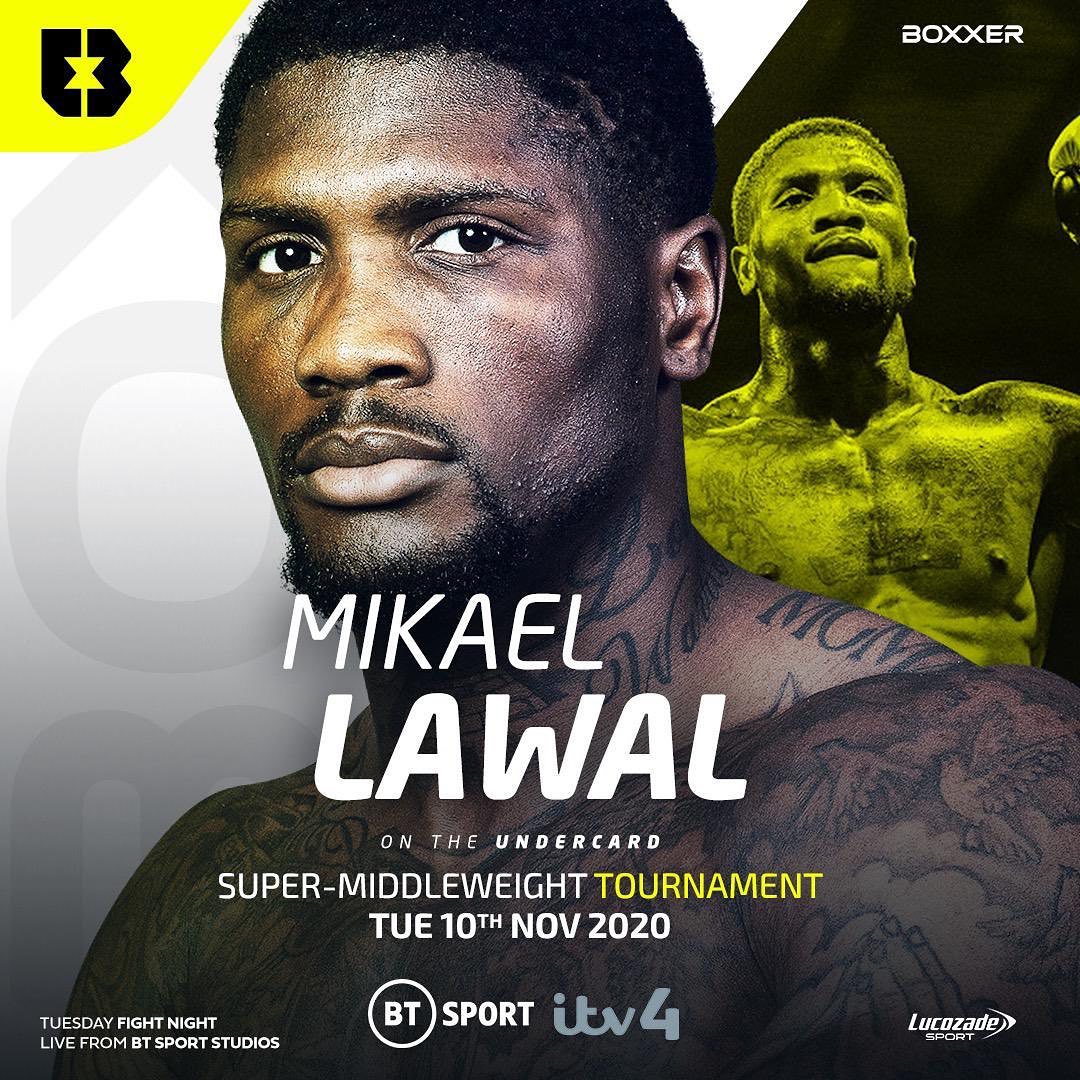 Mikael Lawal is also a part of SBC’s family. Photo by SBC’s Facebook page (used with the owner’s permission)

He said: ‘‘The crowd gives you fuel to fight. It adds emotion. Without spectators, the drive is different, more clinical.’’

Masamyar said: ‘‘Not everyone will have a chance to buy a ticket, but watching the match between Joshua and Pulev live on TV is better than nothing.’’

While the UK lockdown ended on 2 Dec, the Bulgarian one started on 27 Nov. Restaurants, bars, gyms, and schools will remain closed until 21 Dec.

Jordanov keeps in touch with his VBC trainees online, waiting for the day they will all return to the boxing hall.