Arsenal welcomed 2,000 fans at the Emirates Stadium in their 4-1 win in the Europa League on Thursday — the first spectators allowed into a top-level competitive game in England since 11 March.

Many of the players praised the fans for their support, touching on the importance of having fans in the stadium and the affect it had on their game. Striker Alexandre Lacazette opened the scoring after 10 mins with a powerful strike from outside the box before making his way over to celebrate in front of the home fans.

– Fans are back! Where you can attend sports events as lockdown ends
– London’s first day out after lockdown

“I’m so happy to see the fans,” he told reporters after the game. “It is really good and really nice when the fans are behind us. It has not been easy for me in the last couple of weeks but to see and hear the fans behind us was really nice.”

Late goals from defender Pablo Mari and young stars Emile Smith Rowe and Eddie Nketiah sealed Arsenal’s place at the top of Group B, advancing to the knockout stages of the competition.

It has been a long wait to have fans back into the stadium. Since England locked down 263 days ago, fans have sat patiently behind their screens, waiting for their eventual returns to their favourite grounds. When the time came, it was not as straightforward as it seemed to grab a ticket.

Fans were picked to purchase tickets for the game via a ballot system. The system would take into account ticket holders and members of other tiers and choose at random. Fans who held season tickets had high chances at being picked.

Despite being back in the stadium, fans were encouraged to avoid hugs and high fives to reduce the spread of any potential virus. However, cutting the singing and chanting proved to be more difficult to control. 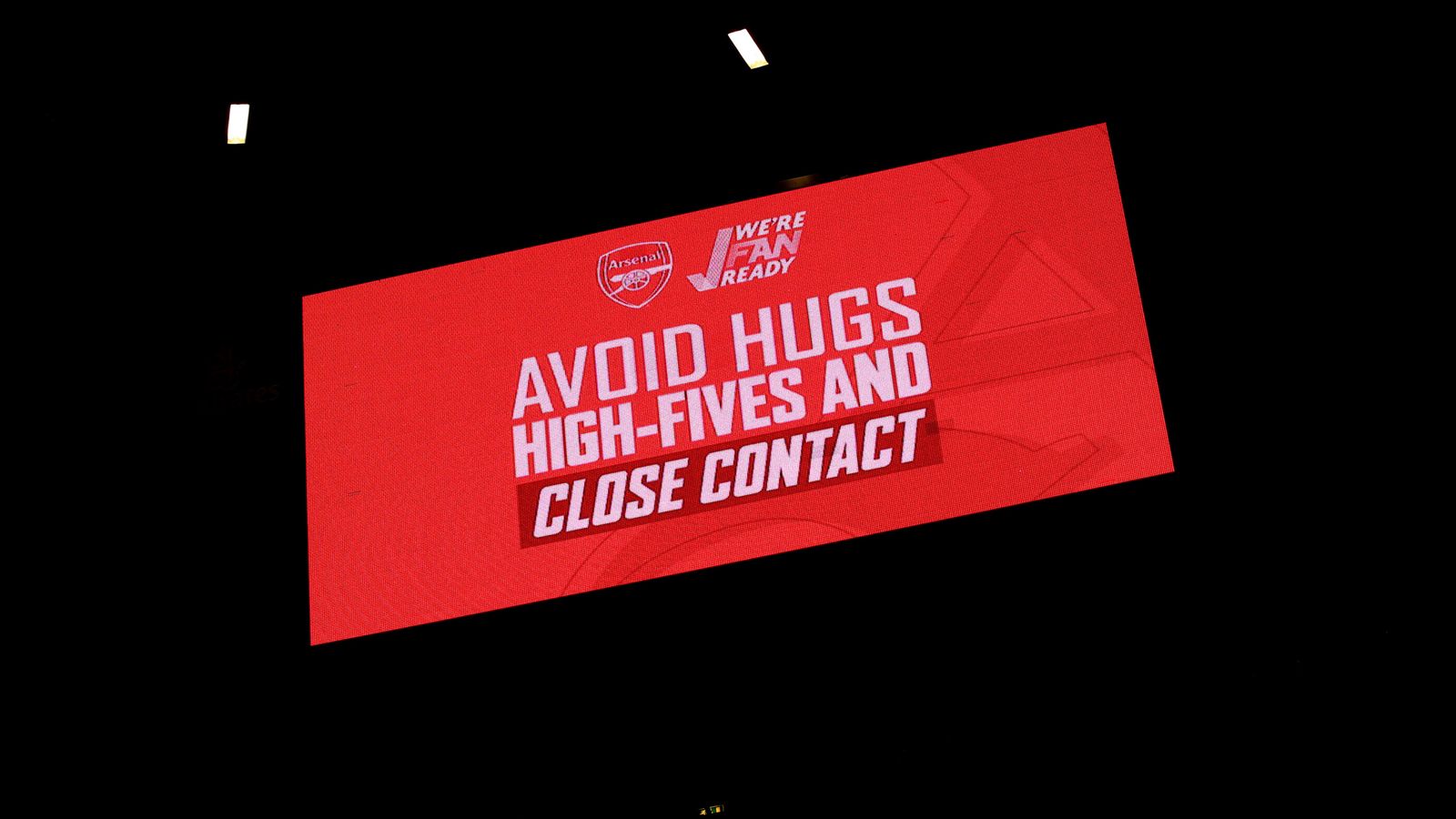 Arsenal fan Peter Lewis told the Voice of London: “I was surprised just how much of an atmosphere was created tonight. Just shows what 2,000 people can achieve. I think everyone was so pleased to be there that even misplaced passes got encouragement. Nice to hear the songs and chants we all enjoy.

“The organisation was fine, a bit like the Olympics where all the searches, ticket checks, health checks etc were done under a large canvas marquee. We got clapped in by the stewards. Mask wearing was mainly honoured. Very glad to be part of the advance party. Let’s hope we all get back soon.”

Arsenal boss Mikel Arteta praised the side’s fans after the game, saying that their support was a “huge contribution” for the team.

“It was very special, it has been such a long time. They made a huge contribution — they were 2,000 but they looked like many more. They were really supportive, all the time they were cheering, the boys said they gave them a massive lift.”

As London makes its way out of lockdown, the updated rules mean that in Tier 1 a maximum of 4,000 fans will be allowed at outdoor events. Up to 2,000 people will be allowed in Tier 2 areas but none in those under Tier 3 restrictions.