The COP26 climate conference has come to an end after two weeks of discussions between world leaders in Glasgow.

The summit, organised by the United Nations, aimed to put measures in place to tackle the climate crisis in the coming years.

With activists like Greta Thunberg criticising the conference as a “greenwash festival”, some believed COP26 was not successful.

But what was decided in Glasgow, and is it enough?

The first goal set by the UN is for countries to reach net zero carbon emissions by 2050.

That means they will have to phase out fossil fuels and opt for more renewable energy sources.

This is an attempt to keep global warming to less than 1.5 degrees, which scientists predict will avoid the worst climate disasters.

How do net zero emissions targets vary from country to country? Check out our map to find out. 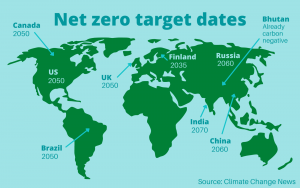 Finland has the most ambitious target, pledging to become carbon neutral by 2035.

By comparison, India has a much later target date, agreeing to reach the goal by 2070.

According to the Climate Crisis Advisory Board, the targets are “too little too late” and will not prevent a 1.5 degree temperature rise.

Part of tackling the climate crisis, says the UN, is making sure our infrastructure and ecosystems can withstand rising temperatures.

From deforestation to protecting local communities, here are some of the things that were discussed… 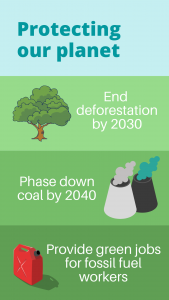 All of the measures mentioned are ambitious and potentially have the opportunity to protect us from the worst impacts of climate change.

But none of them will be possible without significant investment in green jobs, infrastructure and technologies.

That’s why COP26 aimed to mobilise the finance industry to put their backing behind a greener world.

Here are some of the things they agreed…

Do you know what world leaders at COP26 say they will mobilise finance?

What it a success?

COP26 managed to achieve some landmark agreements, such as India pledging to become carbon neutral by 2070.

Kwasi Kwarteng, Secretary of State for Business, Energy and Industrial Strategy, has said: “The world is moving in the right direction”, reports the Guardian.

But according to the latest scientific analysis, the goals set at COP26 will only limit heating to 2.4 degrees, almost one whole centigrade higher than the UN’s goal.

Alex Cole-Hamilton, Leader of the Scottish Liberal Democrats, told Voice of London that while some positive targets have been set, they are “nothing like the ambition needed to keep global temperatures to 1.5 degrees.”

Speaking of the Scottish Government, he said: “I’ve been disappointed. There has been little effort to seize the initiative and get to work tackling years of missed emissions targets and a failure to tackle fuel poverty.”

Many environmentalists share Cole-Hamilton’s sentiment, arguing that the targets are not ambitious enough.

Pippa Jillings, 20, a Planetary Health student at Brunel University in London said: “Just creating a target isn’t a success. However ambitious it is – and they’re not ambitious, let’s be honest – it’s just words on paper.” 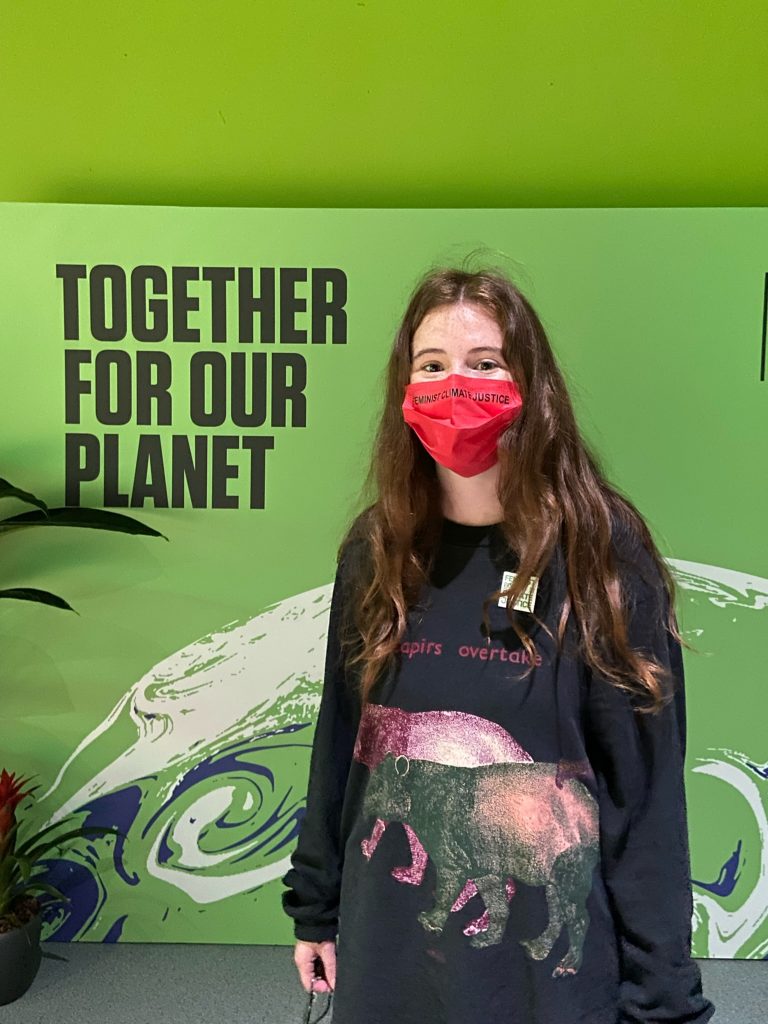 As the conference comes to an end, the spotlight will be on world leaders to act on their commitments.

In the meantime, what are climate activists planning on doing? “Getting angry, shouting” says Pippa.

If you missed some of our coverage of COP26, why not check these stories out: