Swedish climate activist Greta Thunberg led thousands of young demonstrators at a protest at the COP26 summit in Glasgow today.

The strike, which was organised by Fridays for Future Scotland, began in the morning and ended in George Square, where Glasgow City Council is based.

Young climate activists were excited to be marching with Greta. Pippa Jillings, 20, a student at Brunel University who travelled up to Glasgow to protest, described the event as “jam packed, it was crazy.”

“It was really crowded and I couldn’t really hear anything. But my cousin, who was marching at the front, hadn’t even realised but she was stood right next to Greta.” 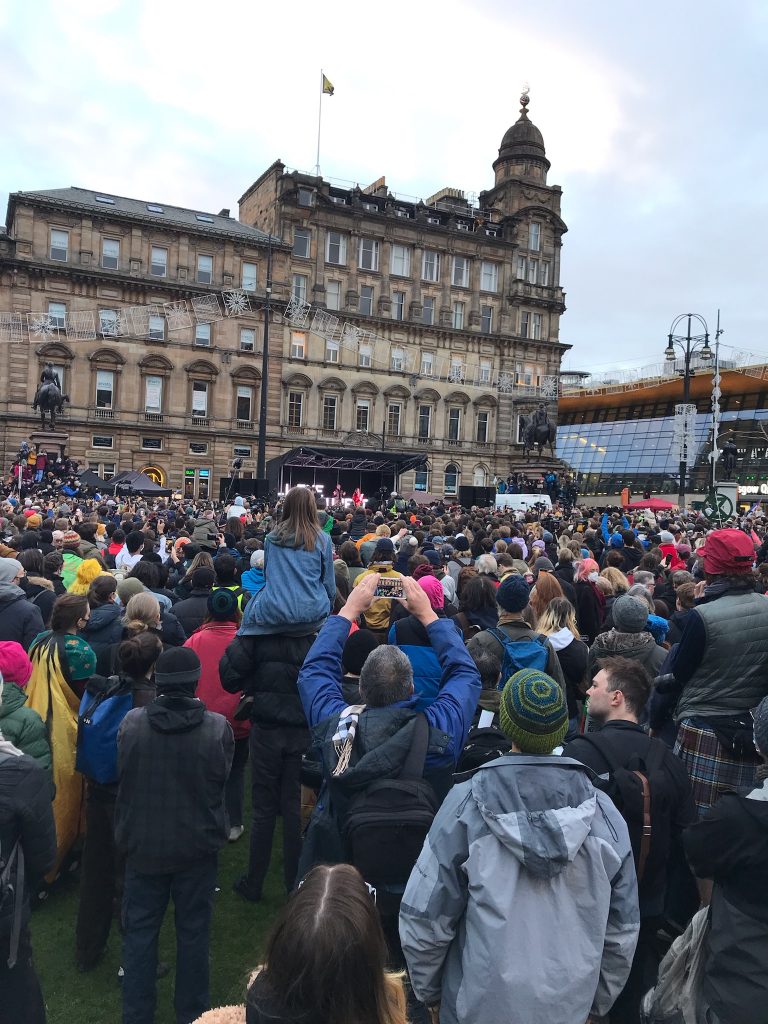 Speaking after the march, Thunberg addressed the crowd: “Out here we speak the truth. The people in power are obviously scared of the truth. No matter how hard they try, they cannot escape from it.”

It comes as world leaders take part in day five of COP26, where the focus will be involving young people in taking steps against climate change.

Greta Thunberg became a global figure in 2018 after school striking outside the Swedish parliament to bring attention to the climate crisis.

But despite the excitement of young activists, some Glasgow residents are concerned the two week long summit will lead to road blockages in the city.

This comes after months of disruptions from Insulate Britain, who are blocking major roads, including the M25, to demand greener housing solutions.

Do us a favour in Glasgow ,stay off the roads some of us have jobs and family’s to feed .

Stay tuned to Voice of London throughout the day to see updates about the protest.

Want to learn more about the environment?