As we run-up to Christmas, festive music plays throughout households. With the addition of new tracks, what becomes of our most loved classics? Voice of London dives into the most popular Christmas songs of all time.

2020 has been a whirlwind of a year, with many hoping for a little bit of normality this Christmas. It’s only expected that people will turn to festivities to lift spirits and bring positivity to the current situation. For most, this will be in the form of music.

There are thousands of Christmas tracks out there, including remakes, alternative versions and developed carols. 2020 has encouraged artists to consider making Christmas songs, resulting in a huge new selection to add to the list. So how do we know which song is the all-time favourite?

We asked the question: “What’s your favourite Christmas song?” The results are as follows… 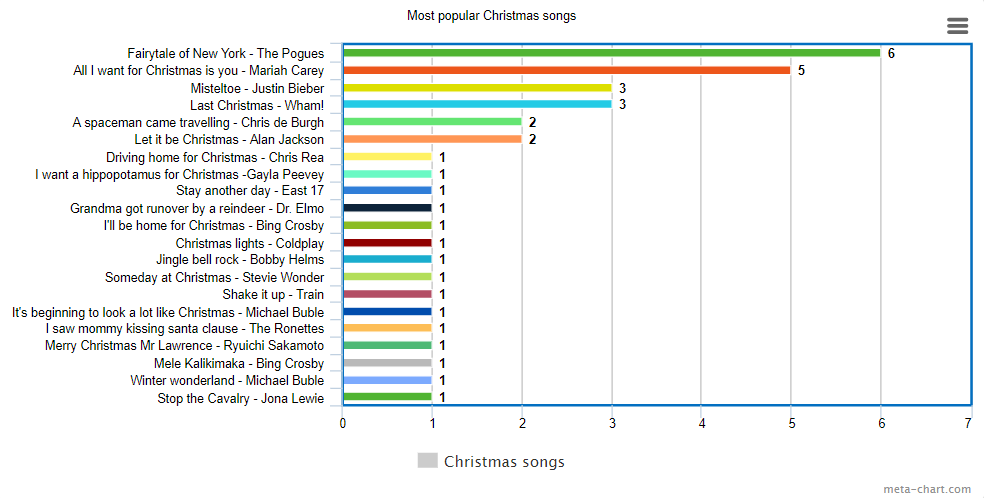 The Pogues grab the top spot by one vote in the Voice of London’s original poll.

Whilst the responses were varied, there were two songs clearly competing for the top spot: ‘Fairytale of New York’ by The Pogues and ‘All I want for Christmas is you’ by Mariah Carey. Both old classics, released in 1987 and 1994.

‘Fairytale of New York’ has sparked controversy this year over radio edited versions that avoid the racial slurs. Radio One made the decision to only play the edited version, with other stations leaving the decision whether to play the original version to the DJs. Read more here.

What’s intriguing is that very few modern Christmas songs made the list. Whilst Justin Bieber was up near the top, traditional classics like ‘Last Christmas’ still made the list. So why are the classics still so popular despite all of the new modern songs?

This is true since we all have that one Christmas song that, in our worlds, signals Christmas time.

But for those looking to shake things up this year, why not try out some of the new song released this year? Official Charts have compiled a list of new Christmas songs for 2020, with Kelly Clarkson, Meghan Trainor, Dolly Parton, Ava Max, Jonas Brother and Liam Payne being among the artists mentioned.

‘Dashing through the shows’: 5 new series to binge this Christmas

The show must go on: Christmas theatre performances still going ahead