The bakery chain has faced backlash over the claim.

A Greggs store has been called out for allegedly marking a ‘Pigs Under Blankets’ baguette as vegan-friendly.

The sandwich contains pork sausages and smoked bacon – making it unsuitable for those on a plant-based diet.

The claims have come from the Instagram account, Now You Know It’s Vegan after one of their followers sent in this image: 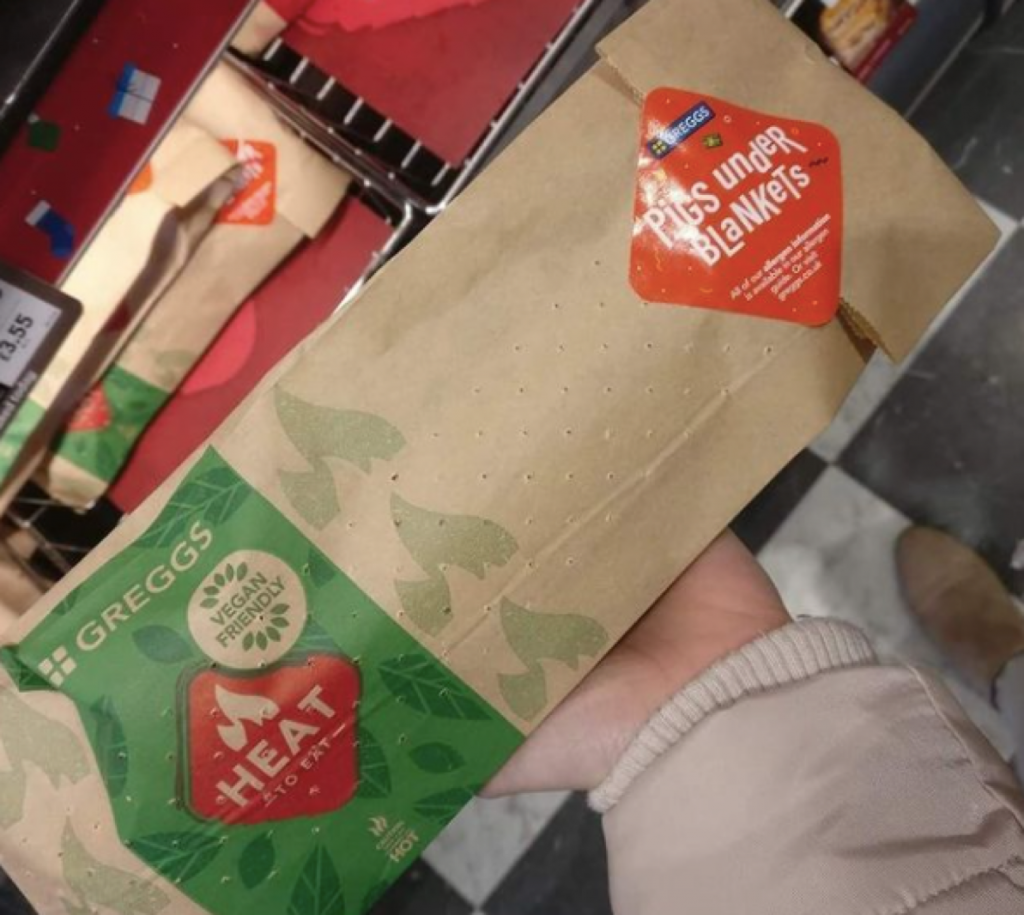 The account has gained over 85,000 followers from sharing photos of new releases.

We asked some Londoners what they thought:

Kavi Thobhani, 20 said: “Vegans are pretty accustomed to reading everything in detail anyway out of sheer paranoia, so this would probably just double up the distrust.”

Lia Buckley, 21 said: “I think it’s so bad for vegans who put their trust into a product only for it to be a meat product.”

Emma Chapman, 20 said: “I understand that mistakes happen, but I also understand why vegans would be angry. It shouldn’t happen.”

Greggs have a range of vegan options to choose from, including sausage rolls, steak bakes and doughnuts.