Tonight is the night that British Summer Time ends and the winter and Christmas are officially upon us. While it is often the case that people report increased feelings of sadness during the colder months, what range of affects are those living with Mental Illnesses year-round experiencing?

Clocks shifting forwards on Sunday mean it gets dark before 5pm at first until the sun sets by half past three around winter solstice. The most common and widely spoken about impact on peoples mental health is the influx of winter depression aka. Seasonal Affective Disorder (SAD).

Except… What about us?

The minorities might be having the opposite experience of feeling no change of even experiencing a BETTER mental state during the colder months..

In fact, “10% of those suffering from Seasonal Affective Disorder (SAD) experience reversed symptoms, whereby they feel better during the winter, but worse during the summer.”, says psychologist, author and therapist, Dr. Kalanit Ben-Ari.

But Why?!
For those with chronic, life-consuming mental illnesses BESIDES and other than your basic and seemingly quirky and trendy to Gen-Z’s Depression & Anxiety, the winter can mean fewer social expectations of a range of leisurely activities taking place.

Less happening due to the cold weather and early sunset means less bombardment of happiness, which the summer brings wherever you turn, like kids laughing and playing outside, and general high-spirits all around which can be hard for us living with debilitating mental illnesses. It can act as a constant reminder of the stark contrast between your life and reality and that of your peers; while you might be closed off in your bedroom crying, dissociating for the thousandth time that day and wishing more than anything to be able to move from the chair you’ve been paralysed on for the last 3 hours. You can be in pain and suffering, meanwhile the world around keeps moving as others are experiencing life in the warm sunshine, making memories and having fun.

Furthermore, it may be that having a lower baseline, like that of the general tone of winter, makes it easier to experience joy. Moreover, many with long term mental health issues get so used to their suffering to the point of finding solace in it. This is why, sometimes, the darkness can feel more comfortable for those with depression, as it is familiar to them.

So this is how it could be for the few of us who might be not so kindly accompanied by a catalogue-style selection of mental illnesses like panic disorder, trauma, ADHD, an eating disorder, OCD, C-PTSD (from a sufferer: ptsd’s lesser known cousin for living through an array of not as dramatic “micro-traumas”, often starting in childhood, which leave your body in survival mode as a new baseline, until it bails on you and your brain decides to shutdown completely, leaving you unable to function, right in the years where you need it most of early adulthood…just some background information no one asked for..you’re welcome.) 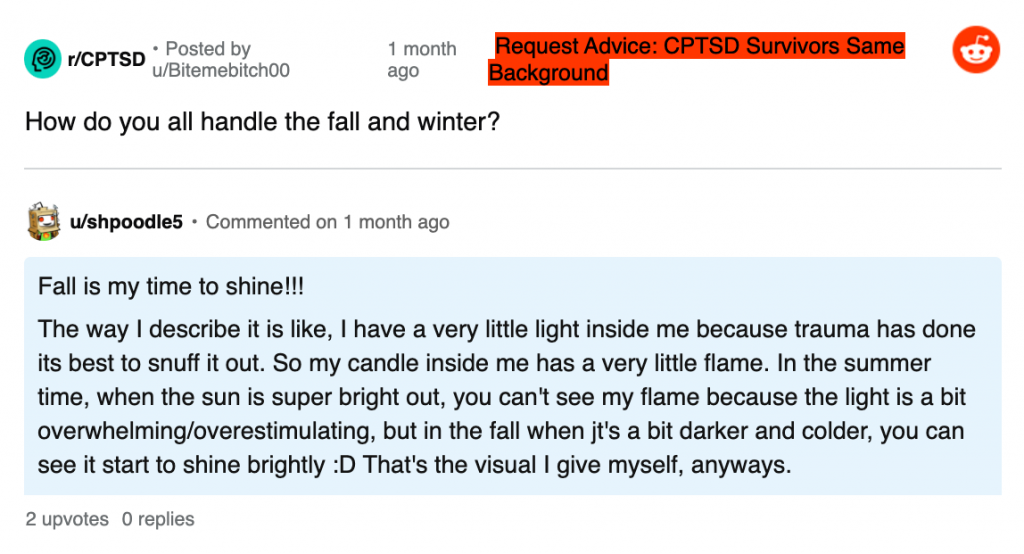 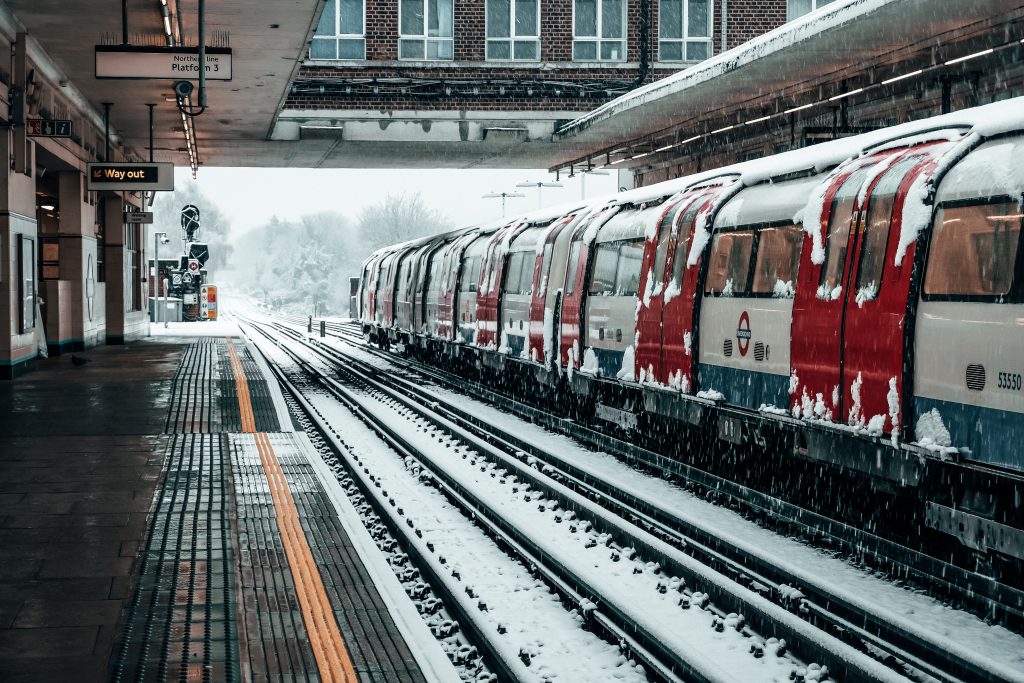