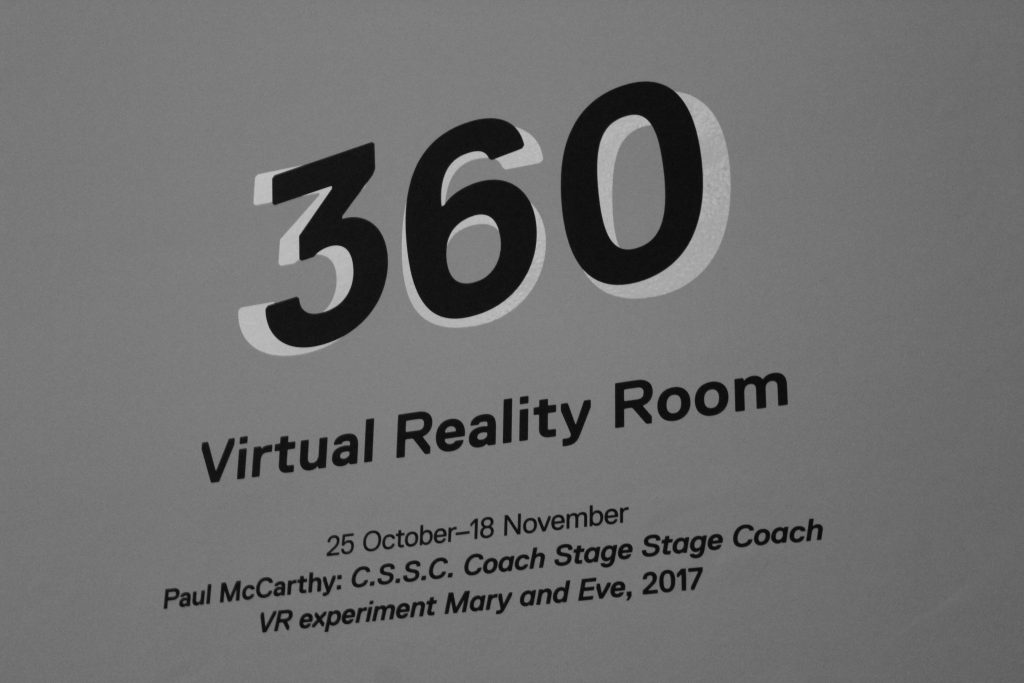 An American artist Paul McCarthy is presenting a new 360 virtual reality experiment called Mary and Eve at the Zabludowicz Collection.

The LA based artist is well known for his artwork, ranging from sculptures, to multi-media installations, performances and films.  McCarty’s works are usually focused on provocative themes and subjects, such as sex toys or innocent American mythology characters performing in taboo acts. And even though his art might be shocking for some and breaking socially accepted norms for others, the overall experience depends on a personal view of the world. 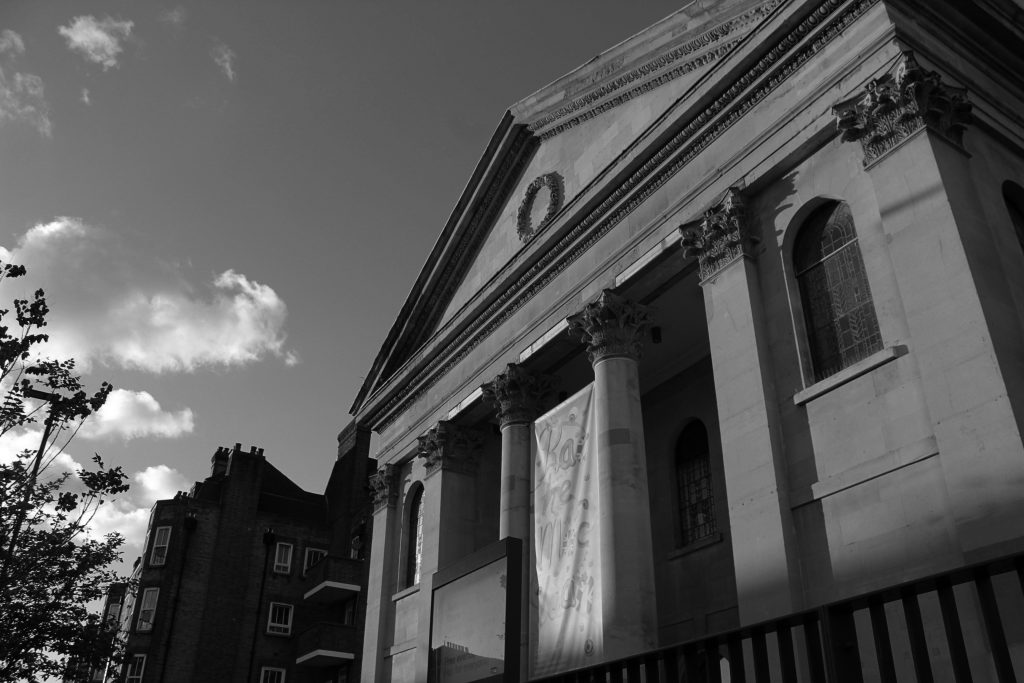 Using the VR equipment, the viewer a.k.a. the ‘human subject’ in the experiment is ‘teleported’ into a fantasy world, ruled by multiplying female characters Mary and Eve (using motion capture technology figures’ movements were played by actors Rachel Alig and Jennifer Daley) in a looping story in which they provoke each other, including the ‘human subject’. Mary and Eve interact with the viewer, follow and intentionally annoy them, creating a psychological discomfort. You can choose to leave the dream land by facing the fears and dealing with your own mind or literally escaping it by taking off the VR equipment. Will you be brave enough to watch it all?

Artwork is commissioned and produced by Khora Contemporary 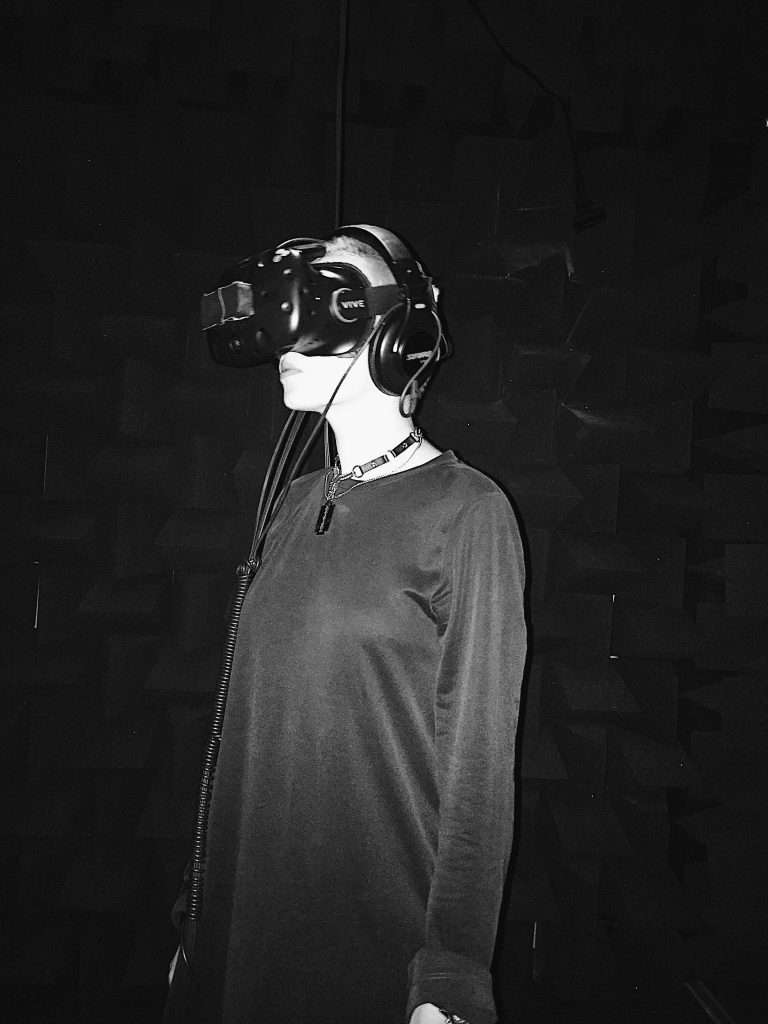 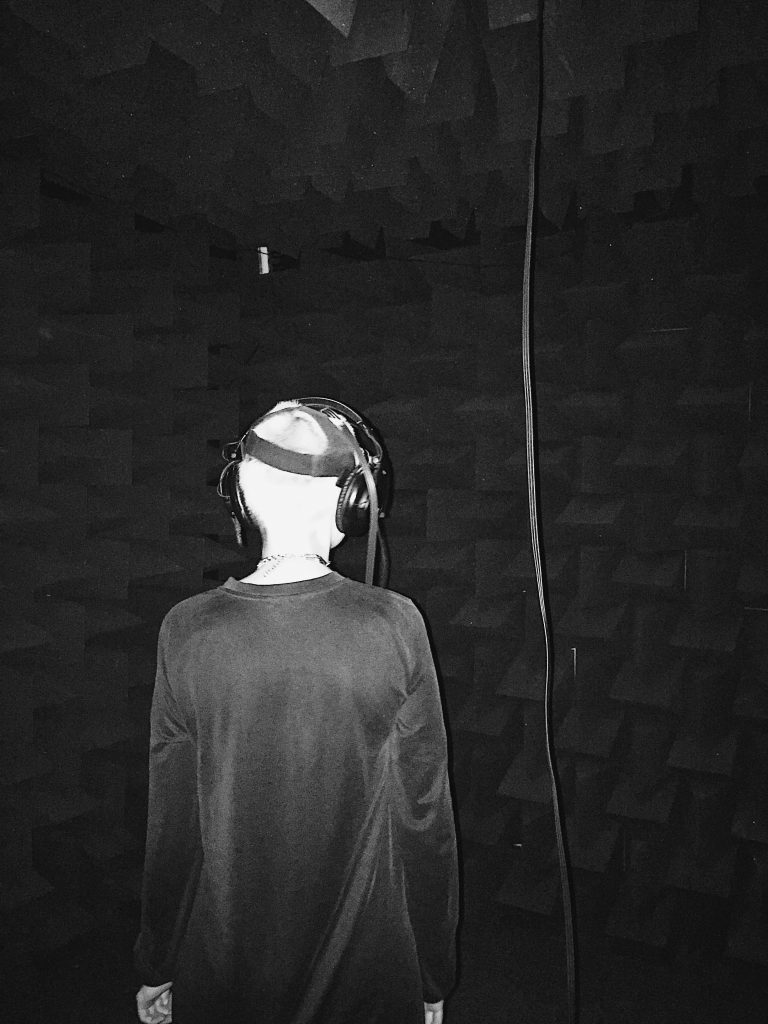 The exhibition is going to last for four weeks. Every week there is going to be presented a new VR experiment video.

See also: The intimate relationship between love and art: Modern Couples at Barbican

Other exhibitions to see at the Zabludowicz Collection: Rachel Maclean

Featured image: a VR experiment at the Zabludowicz Collection. Picture by Ugne Maladauskaite