Strange Days: Memories of the Future is presented by The Store X and New Museum, in collaboration with The Vinyl Factory. It is an exhibition that mixes video and film installations by 21 acclaimed artists whom all have exhibited at the New Museum in New York in the last ten years. Spread over three floors the exhibition is a dreamy labyrinth with every video presenting a new dream to fall into. 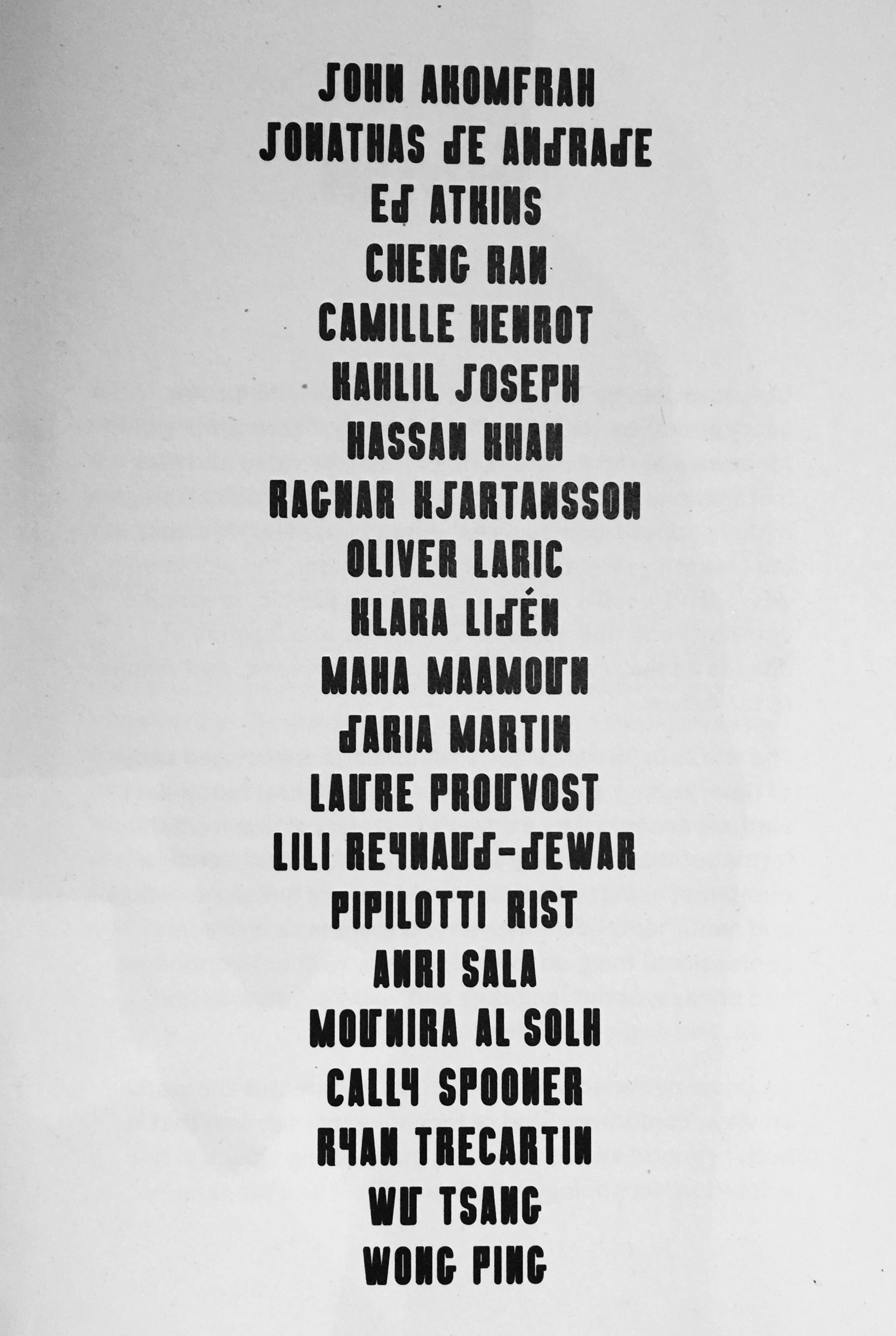 Full list of the featured artists from the official glossary

It is an immersive show that considers how images shape memories. There is no actual time or theme in the exhibition and some of the videos might not even make any sense from the first glimpse, just like real dreams. As the official glossary states, “In many of the videos in the exhibition, technology is both a subject and medium – perhaps even a talisman – in peculiar parables that expand definitions of identity, vulnerability, and power.”

The very first video is Grosse Fatigue (2013) by Camille Henrot (born in 1978). The visual chaos is telling the story of the world and history throughout archival activities such as storing tropical birds for taxidermy or x-raying fish in a laboratory. The artist is following various scientists, conservators and office workers and even though we can not see her on the screen her voice is narrating the story. At the same time on the screen, we can see online browser windows, countless image searches, Wikipedia pages and art catalogues. Eventually, everything overlaps, there is no actual aim, it is just like time spent online. However, Henrot shows us how to put everything in order, with the aim of understanding our world more. It is like one of those dreams that are hard to explain, one of those that contain way too much information to process quickly.

The third room is called 4th Floor to Mildness (2016). It is a full room audio and video installation by Pipilotti Rist (born in 1962) full of beds, pillows clouds and beautiful kaleidoscopic projection visuals. The feeling of being there, laying on a bed, listening to soothing music and watching two big screens hanging from the ceiling could be compared to a melancholic fantasy. The screens are projecting underwater shots of plants and naked people. The installation is very sensual. It is like one of the dreams that stays with you forever. As Rist herself observes, “ Today, with computers, TVs, and mobile phones, everything is flat and put behind glass- our feelings, histories, longings. We’re all separated from each other, for the human being that we are in contact with is always behind glass… But with art, we can jump out of our loneliness.”

The fifth room is devoted to Kahil Joseph (born in 1981) and his short film called Fly Paper (2017). It is a story that departs from the artist admiration of the work of photographer and artist Roy DeCavara (1919-2009) who is known for his photographs of jazz musicians and life in Harlem. It is a dazzling memory and portrait of black art and culture in New York. The room, which is also one of the biggest in the exhibition, contains huge subwoofers that make the piece even stronger with the extremely low and loud sound frequencies.

The seventh animation called Jungle of Desire (2015) is created by the artist Wong Ping (born in 1984). It is a comical style video; very goofy, colourful and sardonic. It is a story of a penniless impotent animator whose wife starts a sex-work business from home. One of her clients is a corrupt police officer that never pays for the service. Eventually, animator starts to fantasise of a cop dying of explosion from his own farts. According to the glossary, “Jungle of Desire was created in direct response to the pro-democracy street occupations and student protests during the Umbrella movement in Hong Kong in 2014, which exposed episodes of severe police brutality.”

The biggest room in the exhibition, containing three screens, is number 16 called Vertigo Sea (2015) by John Akomfrah(born in 1957). It combines original artist’s footage and archival footage from the BBC Natural History Unit, not to forget the music and sounds composed by various artists and words from philosophers and writers. Vertigo Sea is an artistic documentary about the Atlantic that joins the history of whaling, ecology, economics, politics and the horrific realities of the slave trade. It is a masterpiece with extremely beautiful footage.

These are just five out of twenty-one videos that are in the exhibition. To see all of the art works it takes about two hours or more, so plan your time wisely. However, the exhibition is free and since there are still ten days left to see it you can go there as many times as you want. 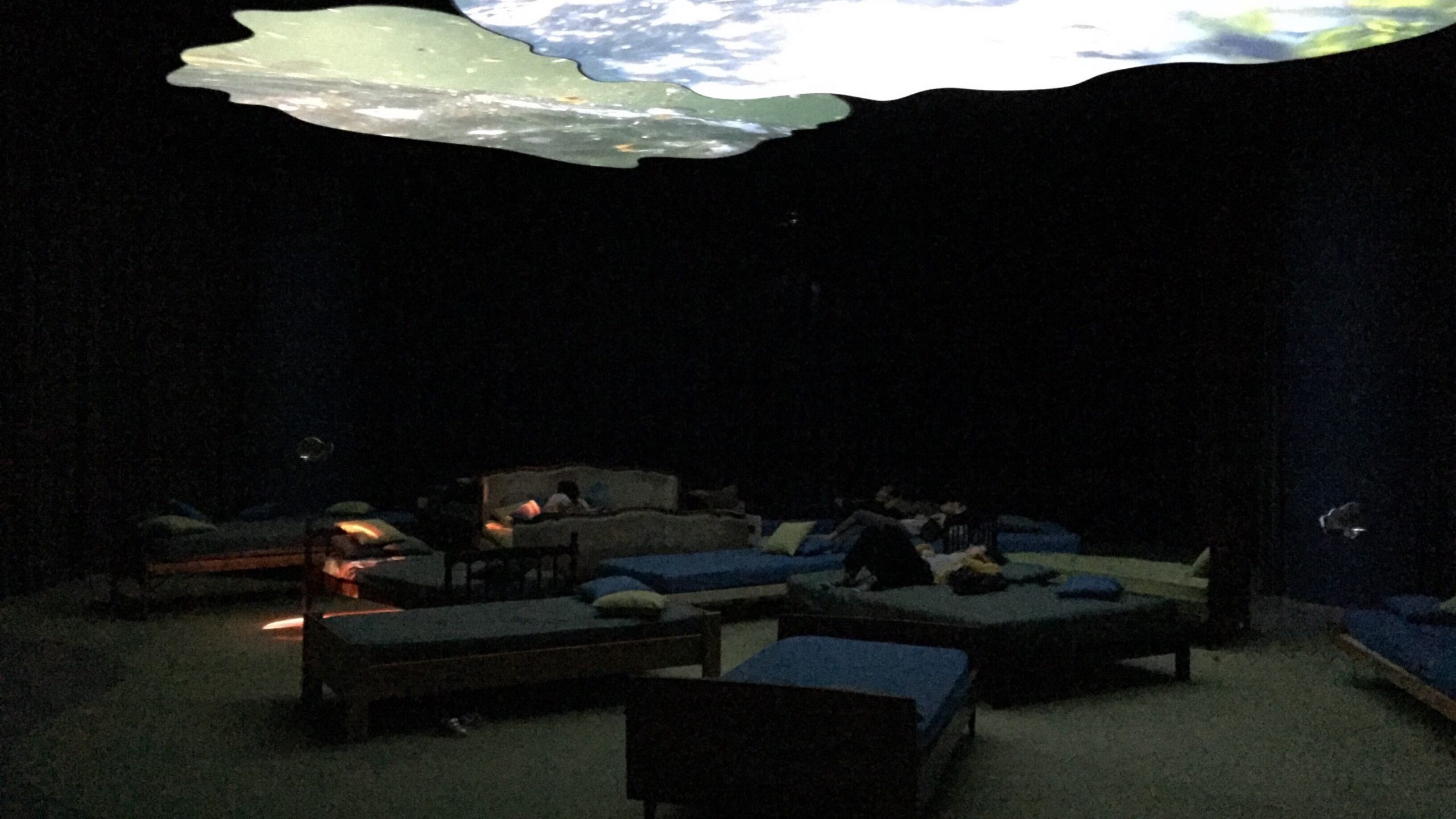 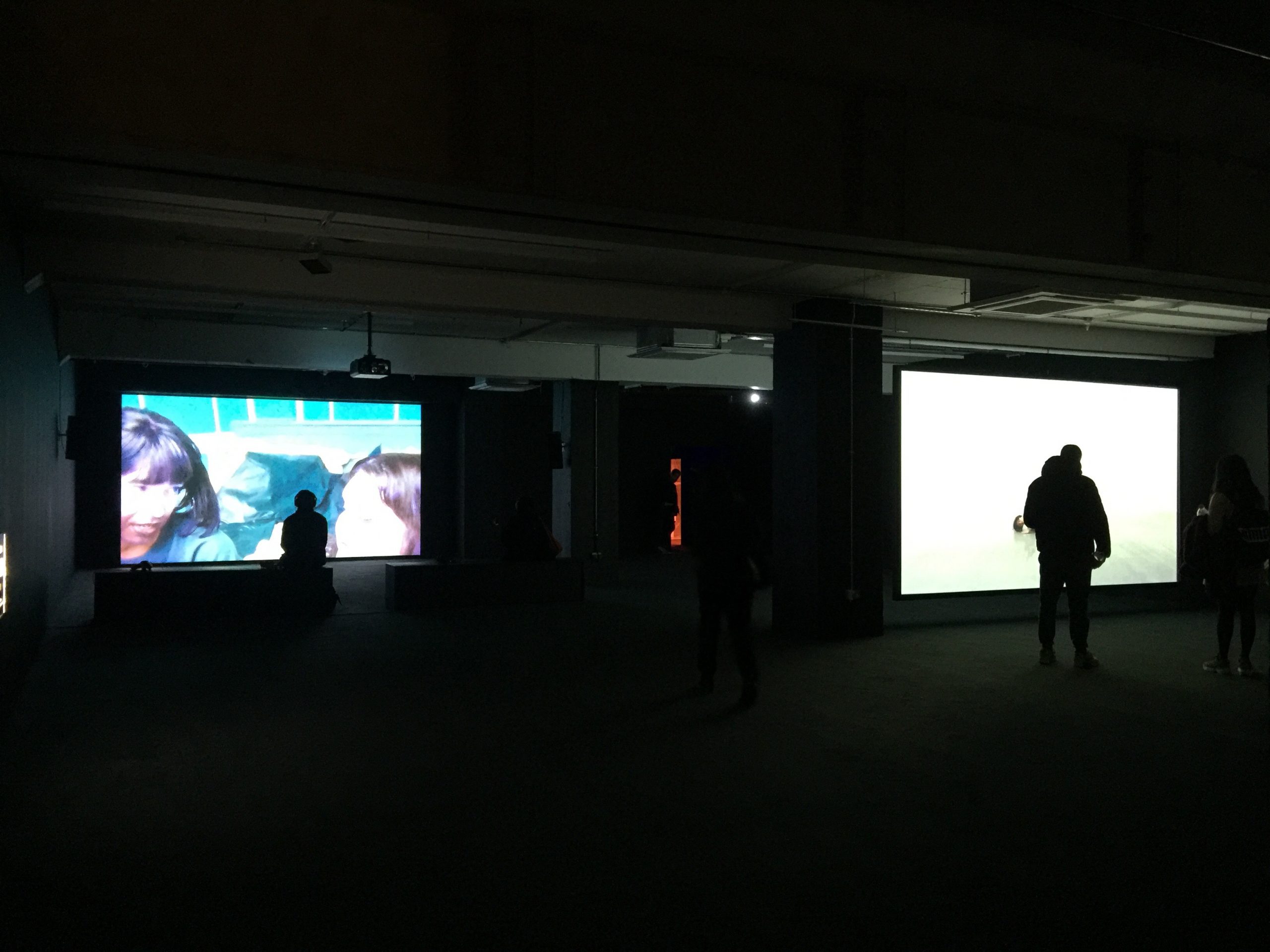 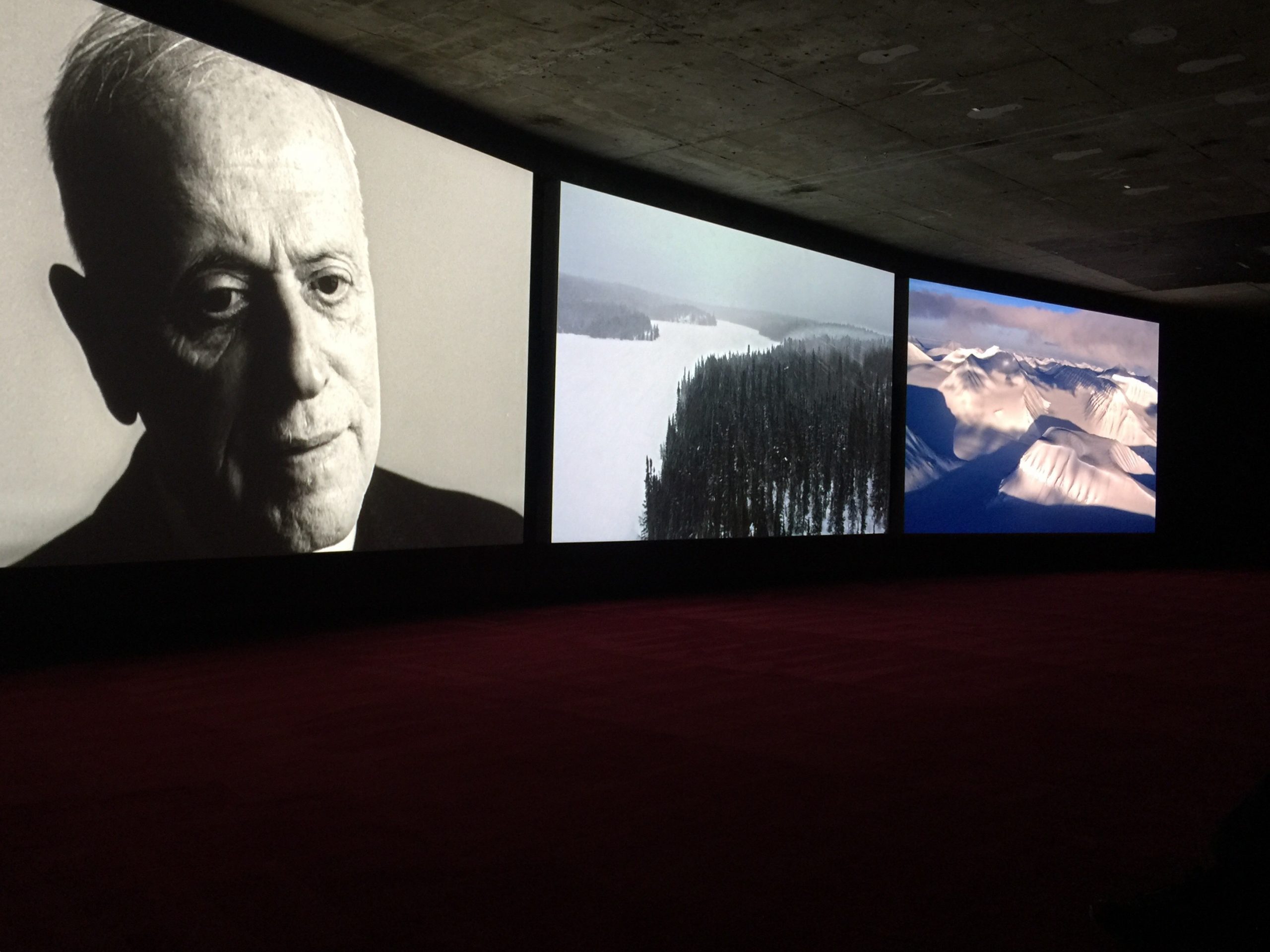