Nigerian youths have continually taken to the street to protest #ENDSARS since 3 October – a peaceful demonstration which escalated into chaos.

The streets of Lagos are now suffering violence with killings, and vandalisation of public and private properties after what started out as a peaceful protest, turned into chaos when the demonstration was hijacked by thugs.

While covering the Anti-Trump Protest at Parliament Square on Saturday 24 October, what started as a small gathering of people wanting to have their voices heard, turned into a large demonstration in support of the Nigerian people.

How far does #ENDSARS go back in time?

#ENDSARS started in 2017 after young Nigerians began sharing on Twitter their both abusive and violent experiences at the hands of the Special Anti-Robbery Squad.

The movement revived earlier this month, after footage of police officers, who are thought to be members of the SARS unit, killed a young unarmed man.

Young Nigerians rapidly took to Twitter to express their anger using the hashtag #ENDSARS and #Endpolicebrutality. They once again shared their experiences and pains. 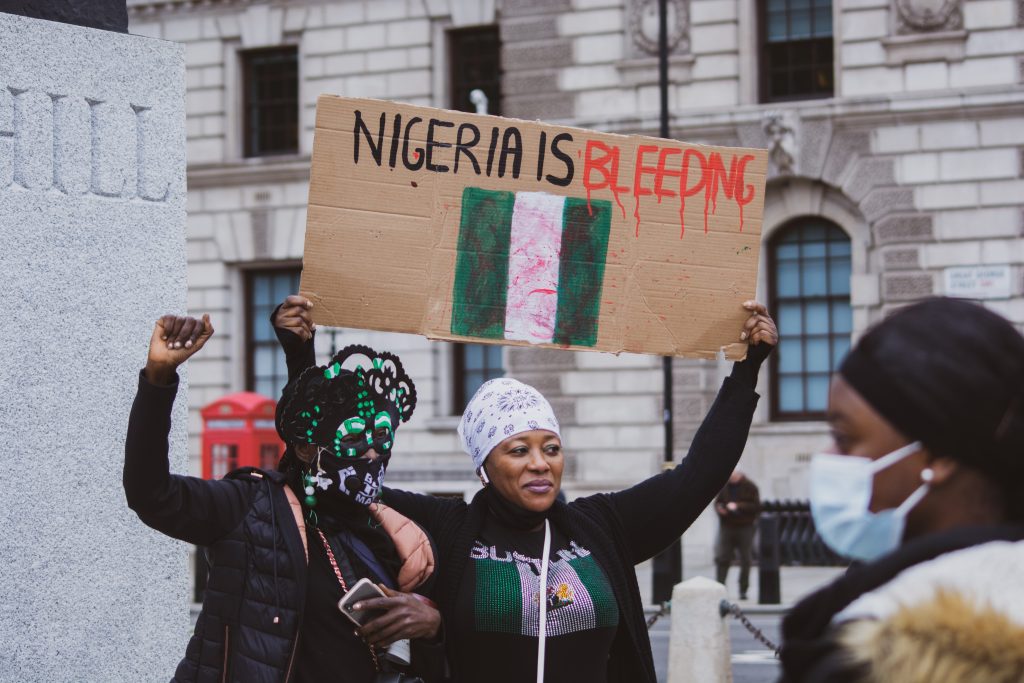 On 3 October, SARS officers stopped a young man and removed him from his car, shot him and fled with his vehicle.

It triggered a digital outburst of fury from the youth and turned into one of the largest youth organised protests in Nigeria.

The following day, Festus Kemayo announced that the young man was not dead. He was in hospital and shared pictures of him with head wounds.

On Wednesday 7 October, the start of the 14-day protest took place. Young Nigerians marched the streets to campaign against the SARS, demanding the dismantlement of the unit. The demonstration turned violent and was hijacked by thugs.

The following day, the protest saw Nigerian celebrities such as Tiwa Savage, Runtown, Falz and many more join in support.

The same day, Mohammed Adamu, the Inspector General of Police warned protesters against brutality on law enforcements as one police officer was killed, another injured and reports of stolen firearms and ammunition were made.

On 10 October, Jimoh Isiaka was allegedly killed by the Nigerian Police despite their claims that they did not shoot any protesters. Isiaka’s death triggered another wave of anger which moved the protest from social media to the streets.

On 12 October, Amnesty International announced that 10 people had been killed by the Nigerian Police Force since the start of the #ENDSARS protest. 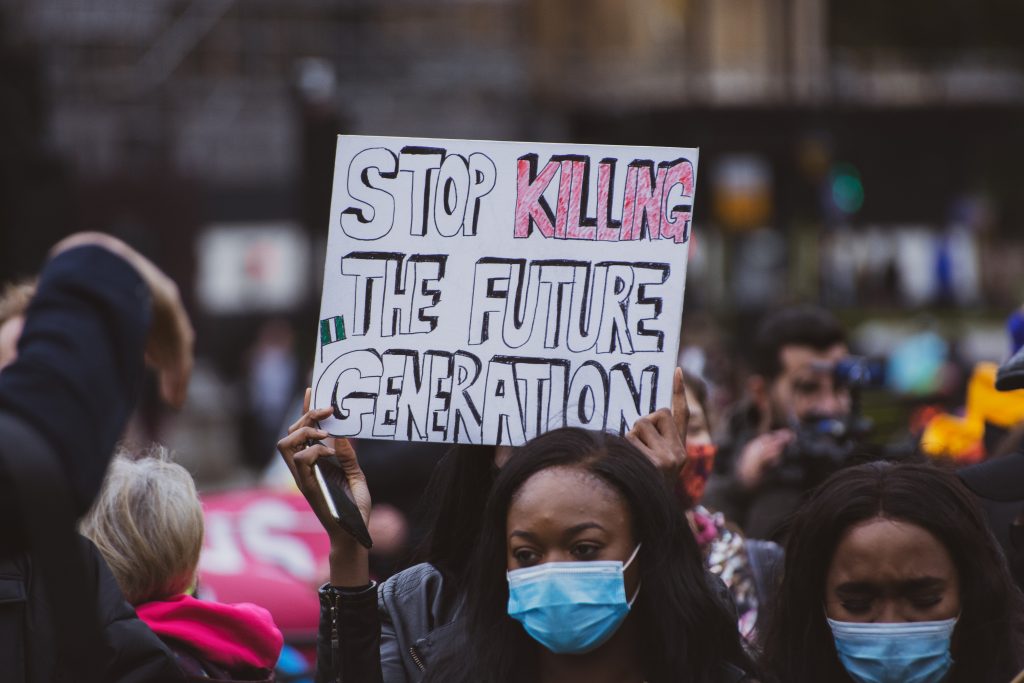 The following day, the State Government of Lagos set up a N200 million fund for residents who had suffered from police brutality.

On 17 October, protests around the nation had spread out. After events such as 37 members of the SARS unit had been dismissed from service and that the FCTA had announced that all demonstrations had been banned due to police brutality during the #ENDSARS demonstrations.

On 20 October, footage on social media showed protesters being shot at by the Nigerian military at the Lekki toll gate holdout.

It triggered an influx of tweets by notable leaders worldwide about the alleged ‘Lekki Massacre’. Hillary Clinton called on the Nigerian President’s administration and the Nigerian Army to stop killing young protesters.

On 22 October, President Buhari addressed the nation: “All these executed in the name of the ENDSARS protests. I am indeed deeply pained that innocent lives have been lost. These tragedies are uncalled for and unnecessary.”

Without surprise, anger on social media erupted as many felt Buhari had not mentioned the Lekki shooting.

On 24 October, curfews around Nigeria were put into place, halting #ENDSARS protests. But this is without counting the support of the world, with protests in Paris, Berlin, Zurich, New Zealand, Toronto, Belgium and many other cities worldwide.

We spoke to young Londoners protesting at Parliament Square with signs saying ‘#ENDSARS’, ‘#Endpolicebrutality’, ‘Buhari, you have blood on your hand’.

Here is what Victoria had to say:

We then spoke to Ruphina, a young Nigerian lady who came down to the protest as she says there is no support for the youth in Nigeria: