Plume Labs’ current app provides an hourly air pollution forecast across the city of London. They are also working on mobile air-quality sensors. 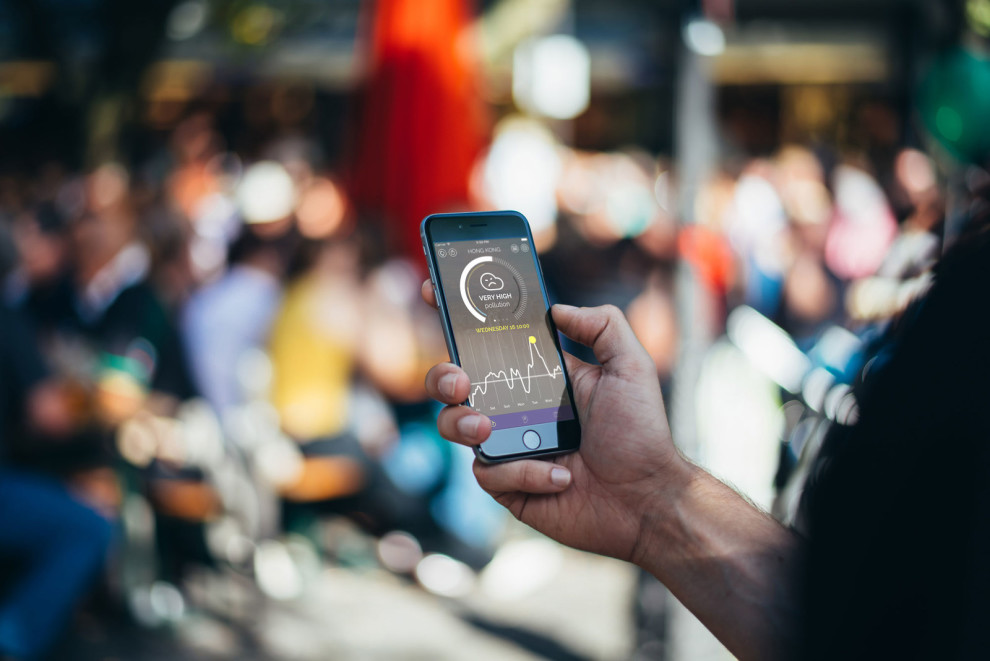 They will be giving the said mobile sensors to a group of Londoners, which they can clip to their clothes and carry them around the city as part of a beta test. The sensors will stay linked to an app on their phones, which will allow them to see the current levels of air pollution as they travel. In Plume’s agenda, there is also a pending project which involves a live map of London’s air quality based on the data collected. They will be collaborating with scientists from Imperial College London for analysis and come up with measures intended to lower people’s exposure to air pollution. “The biggest emitter of air pollutants is automobiles, so we’re trying to develop an idea around that. Right now we’re bouncing around ideas to do with trucking,” said Elizabeth Jackson, a studying for master’s in environmental technology.

The collection of the data will allow policymakers to take measures for battling the bad air quality more quickly and more effectively than they currently can. They will conduct interventions at street-level and people will also be able to make decisions regarding their own exposure to pollutants.“We need an open discussion about measurement and about sampling air in a way that gives people a bit more control over their lives, and gives them real-time data that allows them to make decisions about when they do and don’t go out, where they do and don’t walk,” Mitchell said. However, he also stated, serious discussions about the future changes in London that need to be seen are needed.

On the 4th of January this year, Oxford Street went over the safe annual limit for air pollution set by the European Union. An estimate of 40 000 early deaths are said to be caused by this issue, and it costs more 20 billion pounds each year. Last week, the high court ruled that the plans to counter the bad quality of the air were “illegally poor”. Ultimately, London, and the rest of the UK, has a serious air pollution problem.