As we celebrate International Men’s Day today, many are quick to add that we have other 364 other days of the year to favour men who are already holding the majority of power in governments, corporations, media companies and so on.

It is crucial to remember that men are more than a job title and having the default expectation that they should simply work hard, earn well and stay with their family only when they have time, really takes a toll on their mental health. While it is highly debated whether women can ‘have it all’, it is an accepted fact that men’s duty is to provide for the family. This raises frustration as many men wake up regretting spending so much time at work and less with the ones they care about.

What is International Men’s Day?

Celebrated in more than 70 countries since its founding by Jerome Teelucksingh of the University of the West Indies in 1999, IMD is looking to improve lives, find solutions for social problems and help heal our wounded communities. Its main focus is men’s health and well-being as a couple of embarrassing or uncomfortable minutes talking about their problems is worth years of happiness.

This year’s International Men’s Day (IMD) theme is ‘Promoting Positive Male Role Models’ and its mission is to “highlight the positive value men bring to the world, their families and their communities”, says Aussie fellow Warwick Marsh, the coordinator for IMD in an article from Mission Box. Other themes include ‘Working to expand reproductive options for men‘ in 2015 and ‘Make a difference for Men and Boys‘ in 2016.

Depression and anxiety become bigger and bigger problems each year with the hectic lifestyle that a successful life implies. These issues can leave people feeling like they are trapped in a glass box with little to no room to move, to the point that everyday chores take an agonizing effort.

Even if there is a decrease in male suicide in the UK, suicide still remains the biggest killer of men under age of 50 according to The Samaritans’ Suicide Statistics Report from 2018. Moreover, “more than 10 men a day kill themselves with men being three times more likely to commit suicide”,  as well as accounting for more than 71% of all murders according to statistics by the Official International Men’s Day Global Website. With a man dying from suicide every minute, globally, it’s safe to say that we need a change. 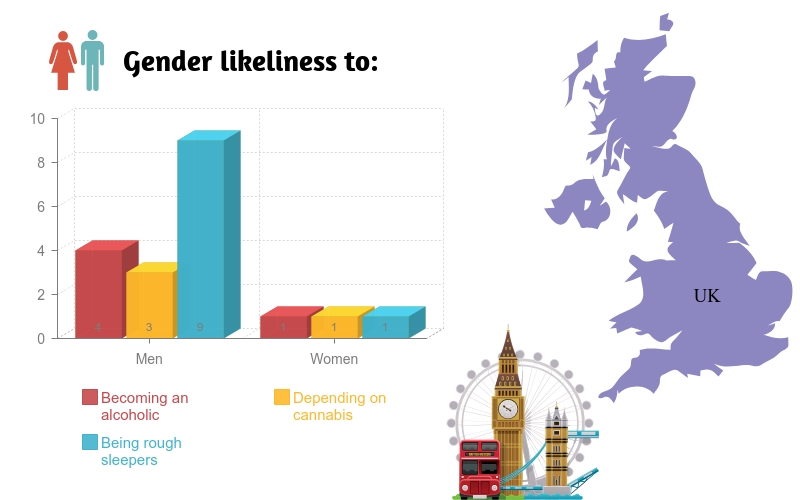 Key skills such as patience, emotional intelligence and empathy are core aspects of a healthy society. Considering that 95% of UK’s 100,000 prisoners are male, it is essential for our society to support the development of wholesome individuals.

Check out the Map below for events related to International Men’s day that you might want to be a part of.

On the same note, big organizations are already promoting positive male role models for IMD in the form of working class men who are living decent, honest lives.

To celebrate #InternationalMensDay 2018 we will be recognising & celebrating the achievements & contributions of our male officers throughout the remainder of this month. We start with Tom…he is a Police Constable who joined the MDP in 2016… #IMD2018 #CelebrateMen@UKMensDay pic.twitter.com/7zdEbAIa2r

It's @UKMensDay on 19 Nov & @RAF_Cosford is celebrating some of its role models who are making a difference in other people's lives. Sgt Sol Mugondi is an aircraft engineer, charity organiser and @PrincesTrust supporter. Well done, Sol. pic.twitter.com/yWxgQuJ8HS

Most of the people already know of the existence of IMD’s counterpart, International Woman’s day which is celebrated on the 8th of March. However, what many don’t know that 8th of March is also UK’s peak on Google searches for International Men’s day, with “15,000 tweets listed by 9.30am” according to an article in Mirror.

Luckily, British comedian Richard Herring has taken it upon himself to remind everyone when men’s day is celebrated in a series of tweets which had the Internet stuck in a barrel of laughs.

On a scale of 1 to 10 how hard would you say you had looked? https://t.co/KXqXWGFvUb

On a sweeter note, make sure you head to Cake Cetera as they have a special selection of desserts for the men in your life. You know what they say, “a way to a man’s heart is through his stomach”.

And if a chocolate pizza doesn’t quite do the trick, just let all the dads, brothers, sons and mates in your life know how important they are to you.

Whether you’re concerned about yourself or a loved one, these helplines and support groups can offer expert advice: