The controversial rapper, XXXTentacion released his first posthumous album titled Skins today. And has received nothing but praise.

The rapper who was shot and killed in Florida in June 2018, whilst awaiting his trial for seven different criminal charges, began working on the album which he shared on Instagram long before his death. The project contains ten tracks, with notable singles such as Bad and One Minute featuring Kanye West. He is also expected to feature on Ye’s upcoming album Yandhi.

The album extends over 19 minutes and continues to demonstrate X’s artistic diversity, from trap style singles like Bad and I Don’t Let Go to melancholic songs like One Minute and Staring At The Sky, an element which he is notable and celebrated for during his rap career. The album highlights the themes of the inner-self, whether it be depression or the struggle of finding love, X delivers this message in a unique and charismatic dialect.

XXXtentacion helped me through one of my darkest times and his anger, pain, depression, and overall personality as relatable in a time where I thought I was alone. Long live my king. Fuck the rest. #SKINS

The genre of hip-hop has increasingly evolved since its creation in 1979 New York. With new sub-genres developing such as emo rap, trap and even rap (which many avid fans argue is a form of popular hip-hop) has allowed for the emergence of interesting artists like X who continue to embody the evolution of this highly popular genre of music. 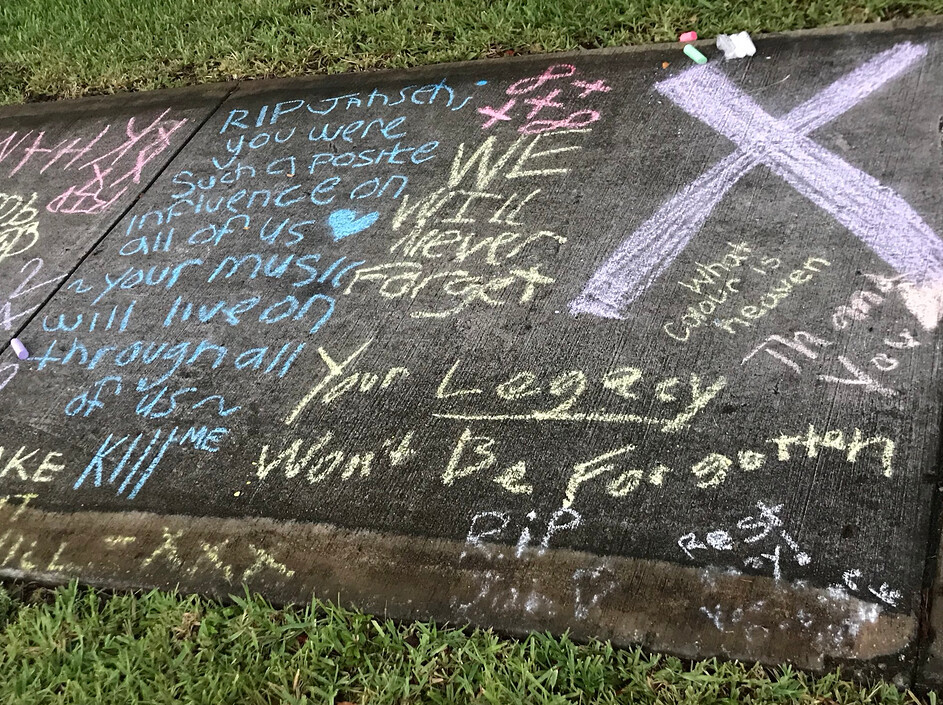 A memorial held for XXXTentacion soon after his unfortunate death.

The rapper however was no stranger to controversy, he was aware of his troubled past dating from 2013-14 when he was sent to a juvenile detention facility for a gun possession charge, which he served nine months for. As well as that, he was arrested in 2015 for his robbery and assault charges which he spent under house arrest.

When xxxtentacion said this, it broke my heart. #RIP #SKINS pic.twitter.com/m2H19pwflY

However, the abuse towards his ex-girlfriend became the main focus of his controversial career. He was arrested and charged in October 2016 for aggravated battery against a pregnant woman, domestic strangulation, false imprisonment and witness tampering. He plead not guilty for these charges. Seven new charges were added to the case including new degrees of witness tampering and witness harassment. If convicted, he could of faced decades in prison, according to TMZ.

Although much controversy caused the rapper to lose out on a variety of different record deals, he did attempt to impact his audience outside of the music. He announced on Instagram in 2017 that he would donate $100,000 to domestic-prevention programmes. 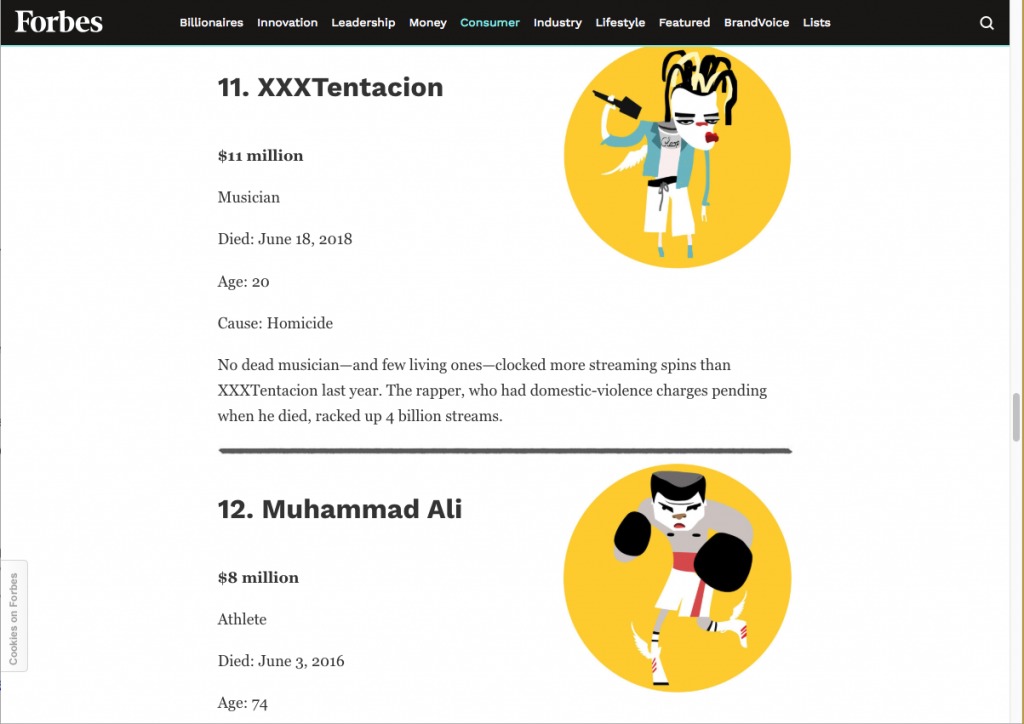 The report released by Forbes.

His impact on the music industry post mortem continues to flourish to new levels of success for the artist. After his death, Amazon reported a 700,000% increase of sales towards his music. He reappeared on Amazon’s Movers & Shakers List, which measures the largest amount of sales over the last 24 hours. As well as this, Forbes Magazine reported X’s earnings to be over $11 million since his death, with over 4 billion streams, placing him No. 11 on the list of highest earning dead celebrities amongst the likes of Michael Jackson, The Beatles and many more iconic figures.