Millennials will be remembered in the future as the “less is less” generation: less alcohol, less sex and less children.

The medical journal The Lancet recently revealed that fertility rates between 1950 and 2017 faced a 49.4% decrease.

Researchers found that the current rate is about 1.7 children on a sample of a thousand women with only 0.35% being under 25 years old.

The rest of the European Union does not seem to score better with Cyprus scoring the lowest result with a 1.0 rate and France, Ireland and Sweden reaching the peak of 1.8.

Other countries that are poorly performing include Italy, Portugal and Poland.

Right now, no European country qualifies for the minimum limit of 2.1 that is necessary to create a full generational turnover in the future. 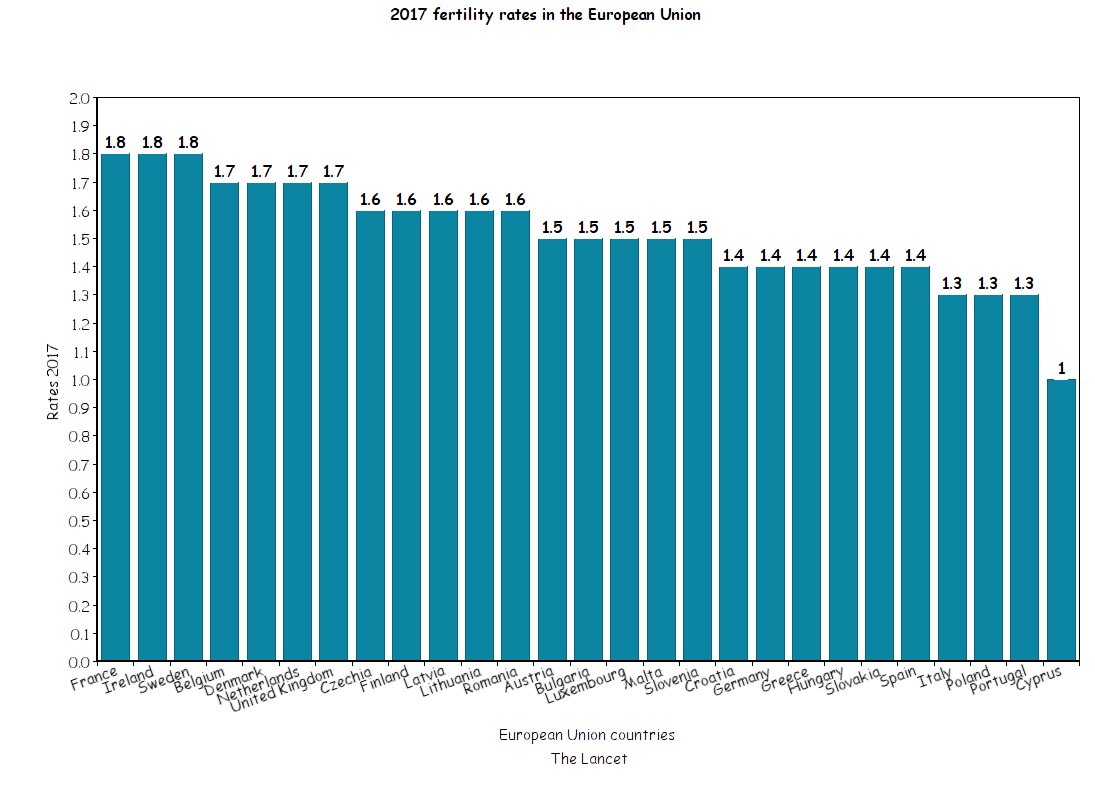 If numbers keep declining, serious action will have to be taken to ensure that the ageing of the population compared to births does not create a gap in the social services guaranteed by the welfare state.

This includes a full reform of the retirement system with a raise of the minimum age requirement, pension reforms and investments on disease prevention and of course, immigrants whose children will one day become citizens.

Sweden is one of the leaders in promoting natality through 16 months’ parental leave accessible to both mothers and fathers, public IVF treatments and very affordable healthcare.

Recently in Italy’s current budget draft, a controversial proposition offers a piece of cultivable land for 20 years to all couples who plan on having a third child.

The – as defined by all opposition parties – “out of time” manoeuvre is set to cost €20 million and has not been taken with much joy by the general public who defined it as a “middle age looking” policy.