First look of the trailer and any fan of the angels can spot how this time around they are dress less to impress the men in their lives (and theatres) and more to feel breezy and sexy while they slay evil masterminds, ah wait for it, for themselves.

I Guess that’s the difference it makes to have a female visionary direct a female spy movie, all the drama, thrill and a wardrobe to die for, without the unhealthy dose of male gaze appropriation.

Kristen Stewart in short chopped hair is a refreshing look for the angels, and with the plethora of pretty wigs used by her as disguise suggests she’s got more of her individual personality out at play instead of just strictly maintaining classic blend-able good looks a spy needs for her job. 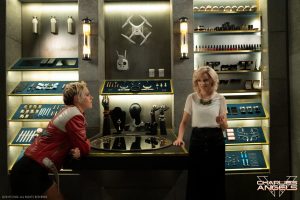 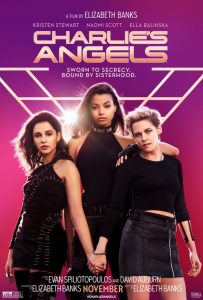 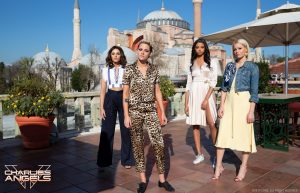 It’s also satisfying to see ‘Bosley’ finally become a work title instead of a person acting as a handler for the angels, and better yet is to see a female Bosley. Cheers to that, Elizabeth Banks!

But it wasn’t always like that. You see the story of Charlie’s Angels began long ago with Jaclyn Smith, Kate Jackson, and Farrah Fawcett in the year 1976. The “three little girls” that went to police academy, OG Charlie said, until he took them away to work for him. Three little girls, not three magnificent female spies.

Tsk tsk Charlie, now that’s not the way to speak about women who are literally trained kick stuffy behind of silly men, kinda like you.

And although they started their journey on the small screen of TV, they did manage to bring new heights to sexist portrayal of women on-screen along with trying to become a beacon of female empowerment in its time.

What it did achieve most successfully though was introducing the “jiggle” to the world. Three beautiful women, fighting to make things right in a dangerous world, wearing tiny pretty clothes yet no bras.

Because when you have support of all the gadgets spies, why would a woman need support of a bra?! 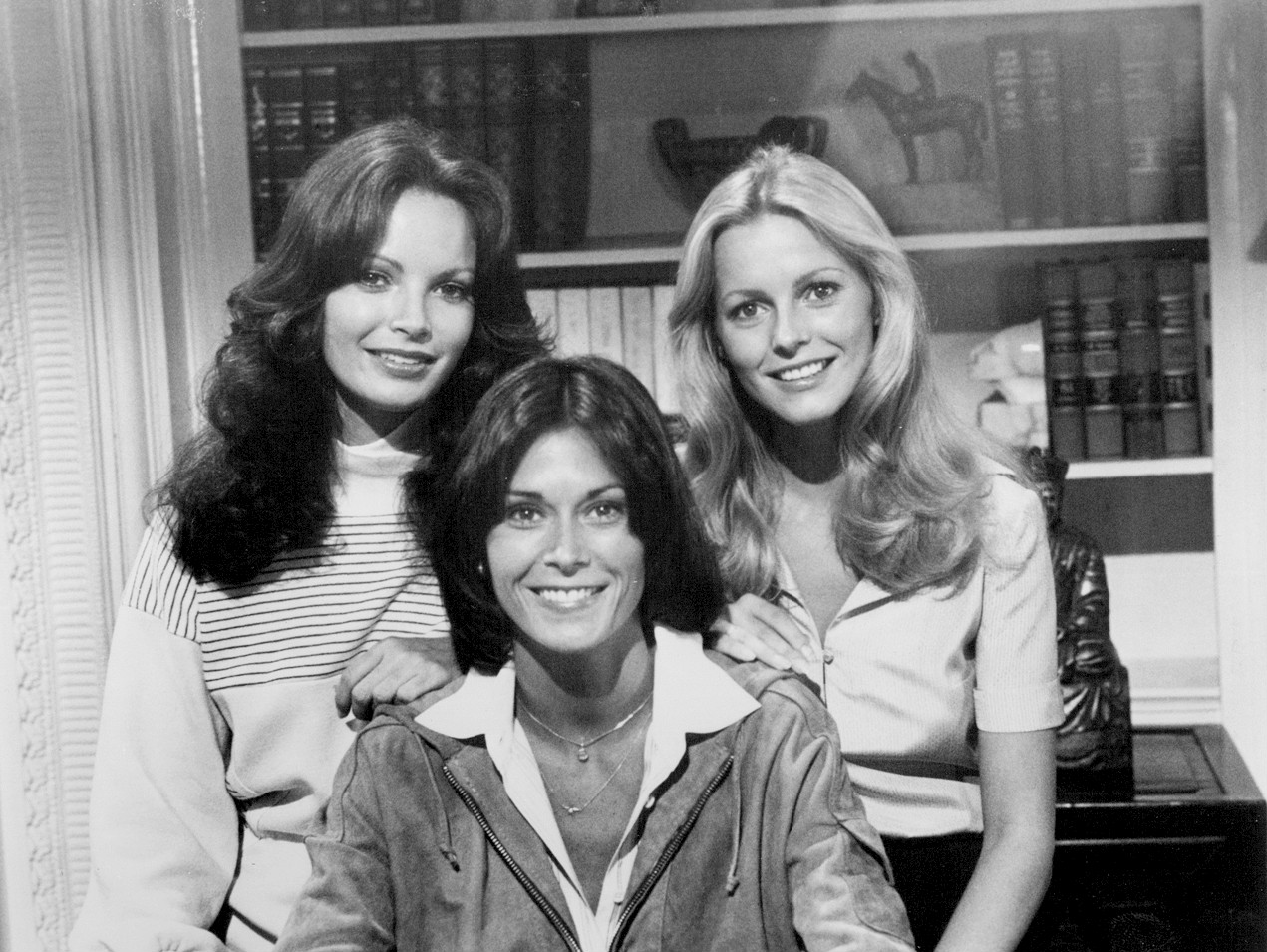 Even Farrah Fawcett famously said, “When [the show] got to be number one, I decided it could only be because none of us wears a bra.”

And so the jiggle was the essence of the 1976 version’s Angels, along with wafer thin plot lines.

But then came Hollywood’s film reboot treatment of the angels with the golden girl Cameron Diaz, innocent sweetheart Drew Barrymore and the sultry vixen Lucy Liu.

Sure, they had fresher style, better wardrobe and the first movie even had some commercial success.

But underneath the glossiness of the angle’s world, there were many troubles in paradise.

For starters, the three leading actresses were famously rumoured to have never gotten along well. No points for girls supporting girls movement.

Then there was the perpetuating of that overtly sexual, male gaze appeasing dialog and appearance of the angels.

Oh, and the plot was golden!

For the first movie Drew’s character gets fooled by the villain who actually makes her fall for him and breaks her heart, leaving the angels hating/fighting him for being both the bad guy and also  the guy who made a fool out of one of them with the pretext of love!

Hopefully 2019’s reboot has taken some notes on how to avoid the most obvious sexist notions that has for so long plagued Charlie’s Angels story and tried to amend it for all the girls and women out there dreaming of seeing a quality portrayal of female spies on big screen.

Find out for yourself though, when you go experience the dream in theatre from 29th November in the UK.