The election of Jair Bolsonaro as the new president of Brazil shows Brazilians all over the world are begging for change. PT (the workers party) had governed Brazil since 2003 when Luiz Inácio Lula Da Silva was elected as president. Lula is now in jail for corruption and his successor, Dilma Rousseff, was impeached from office. Voters decided extreme change was needed.

Last Sunday in the second round of voting for the election, Brazilians living in London lined up for hours to register their votes. A total of 9,057 valid votes were registered in London and 63% of these were in favour of Bolsonaro. There are a total of 25,000 registered Brazilian voters in the UK, but they would have had to travel to London to vote, a deterrent for many.

Voters in London, said: “I want to live in a country where I can walk in the streets without the fear of being robbed or killed.” The far-right President promised an end to corruption and stricter police action against crime. Brazil’s homicide rate has been increasing, almost exponentially, for the past 10 years- in 2017 it hit its peek with 63,880 murders. 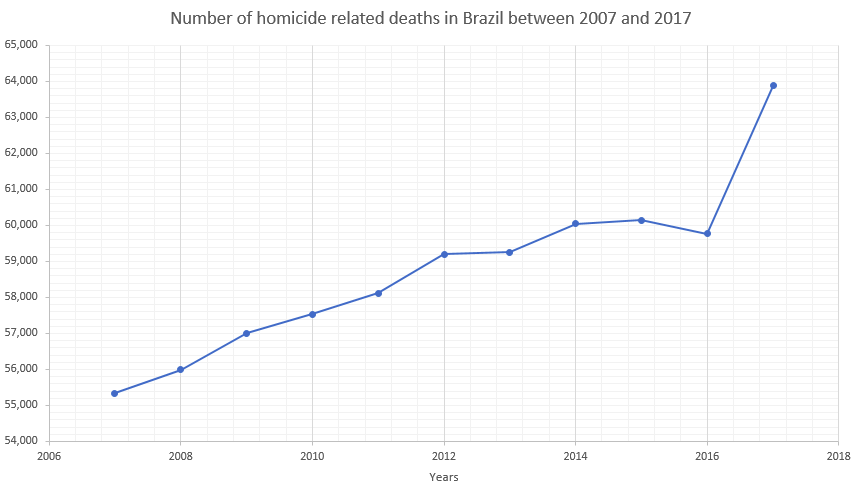 A lot of Brazilians living in the UK chose to leave Brazil due to the poor quality of life and some believe this can be improved under President Bolsonaro. A hairdresser living in West London, said: “When I visit my country, I can’t even use my phone outdoors, why would I take my children to live in this type of environment.”

Bolsonaro in a tweet, said: “Our ministers will not be condemned for corruption like in past governments.”  So far, he has elected an economist as a Minister of Economy, an engineer as for Science and Technology, a general for Defence and judge as Minister of Justice. Past ministers were criticised for not understanding what they were in charge of. In one week, President Bolsonaro has changed the structure of past governments, reinforcing specialisation instead of political gain.

Fernando Haddad, PT’s running candidate, was seen by many as a puppet of the imprisoned ex-President to continue the corruption that cost the country eight trillion Reals. There were demonstrations in front of the Brazilian consulate asking Lula to be released from prison so he could run for president, despite these efforts he remains behind bars and Bolsonaro won the first and second round in the UK and in Brazil.

Brazilians want to live in a country where they are not in constant danger of physical violence and theft. Bolsonaro’s campaign promised them safety and an honest government.