Whilst the sportswear industry is estimated at $1.3 trillion women seem to struggle getting trainers in correct sizes and are not offered as wide a variety, especially women of size 5 or below who often have to shop in junior sizes. Sporting trainers such as football boots also seem to lack selection for those tailored to fit women’s feet properly.

There is some recognition for the lack of availability in trainers for women with larger feet, there isn’t the same energy for those with smaller feet, even though there is a market.

From country to country, the average size of a woman’s height, weight and shoe size varies. However, we do know that women in the UK have surpassed their grandma’s generation by two inches and subsequently, the average shoe size for women has increased from a size four to a size six, according to the College of Podiatry, via BBC.

In a study by the British Footwear Association in 2008, women with size four feet were still third most common, following size five and six. So it’s not exactly abnormal for women to still have small feet, even though the selection of trainers available for them may reflect this.

Are there no shops that do trainers for women with small feet?!? FFS

For those who love the streetwear style, trainers are usually a key aspect of an outfit and the industry is massive – Nike’s revenue alone was $32.2b in 2017. So why do women with smaller feet tend to have a harder time finding the trainers we want or find there is a lack of selection, in contrast to men’s, when shopping?

Sometimes women’s sizes start at a five or even a six, so those with even smaller feet have to shop in the junior department and even though they’re cheaper, choices are slim. Some trainers only come in one or two colour-ways, and typically for girls there are a lot of pink and pastel colours with the more neutral/ versatile colours in the boys’ department.

Men have all the nicest trainer choices, why do I have to have such small feet ☹️ I want fresh creps 👟

As seen in the photos above, the junior Nike Air Max 95 (on the right) are made different to the mens version of the shoe. Nike Air Max 95’s, photo’s taken by Megan Naylor in JD Sports, Brixton

Some Nike trainers in men sizes aren’t even available in women’s or juniors, such as the Air Max 93 – yes 25 years of sales and still not even one release in a smaller size. Uptempo’s are another Nike trainer not available in junior sizes, in the UK anyway.

Why is women's choice in trainers so shit in comparison to men's??? 🤔#GiveUsMyChoice #MensTrainersAreSoMuchNicer

According to BuinessOffFashion.com, Nike’s key growth areas for 2017 (alongside sales in China and e-commerce), included women’s business – and apparently it is growing faster than men’s is. Men still get more selection in their sports garments and trainers but hopefully 2019 will mean more inclusion and catering to all sizes – not just the average. 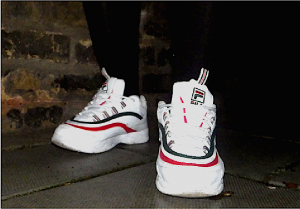 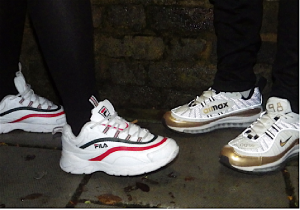 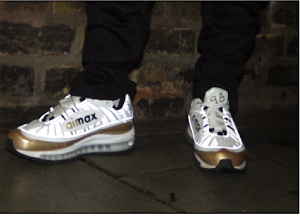 “Trainers always are the focus of my outfit, I have boxes upon boxes stacked up at home”, Nike Air Max 98 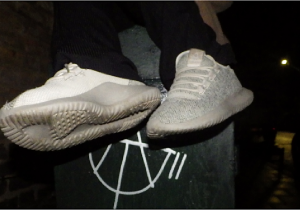 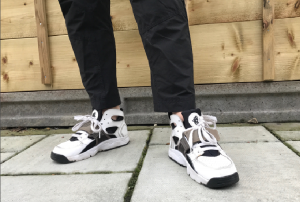 “These are my oldest pair of trainers but you would never guess,” Nike Air Huaraches 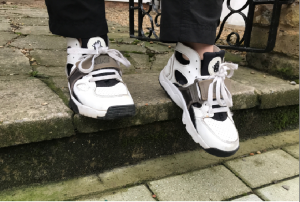 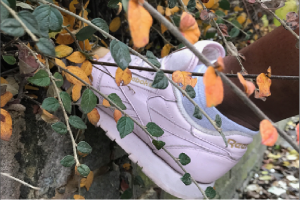 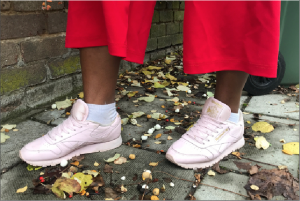 “You always have to add a bit of colour,” Reebok Classics 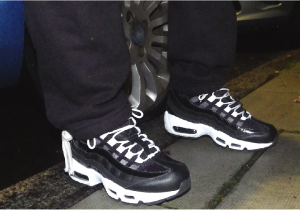 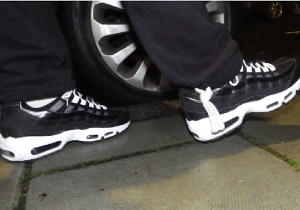 “These are my new favourites at the moment”, Nike Air Max 95 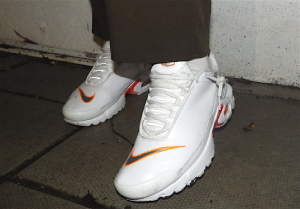 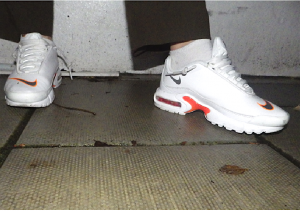 Options for sportswear and sports footwear for women are even more limited than the fashion ranges that most big sports brands carry.

In the lead up to the International Working Group World Conference on Women in Sport, Linda Nsekra shared some thoughtful insights on the topic. “The push for gender equality in the Olympic Movement is not over yet, as sport should not only be restricted to elite athletes. There are still, everywhere in the world, too many highly accomplished women who are refused access to sport, or socially stigmatised when they decide to excel in a sport … Gender inequality persists among decision-making bodies, technical occupations, the media and in the awarding of sponsorships and prizes.”

Even when women are doing big things in sport, they’re limelight can be taken away by stereotypical norms. For example, on Dec 3rd, the Norwegian striker Ada Hegerberg was rewarded with the great honour of becoming the first woman ever to receive a Ballon d’Or for women’s soccer – which recognises her as the best player globally. After her speech, in which she expressed her hopes of inspiring girls to believe in themselves, was asked if she could ‘twerk’ – a question that could be rather insulting, especially considering the settings.

In this most historic moment you belittled Ms. Hegerberg and minimized her achievement. You tarnished an important moment for women in sports, only highlighting how much more work there is to do to truly gain gender equality. You are simply a marker on the gauge of progress.

Andy Murray's view on the first women's Ballon d'Or winner Ada Hegerberg being asked on stage if she could twerk. Via @stu_fraser pic.twitter.com/SG1cyE1yWO

The Telegraph believes that the reason there are less women in authoritative positions (such as refereeing), is because women are not given the same opportunities in sport from young. “At grassroots level, girls are simply not given the same encouragement to get into sport as boys. Many primary schools only have a boys football team, for example.”

Although women have been playing professional football since the 70’s, it was only in the late months of 2016 when the first football boots specifically made for women had been released. Adidas kicked off their range with two designs called the Ace and X but now offer a range of selection, including in size – starting from a size 3and going up to a 9.

“I’ve been playing football for over 8 years and it’s a blessing to finally have boots that fit me properly, even if I did have to save a while for them. I’ve known girls who have had injuries because their boots don’t fit them correctly. No woman playing football, or any sport for that matter, should have to suffer just because of societal norms. It’s crazy that it took this long already!” said Saoirse Sadeghian, 21, currently playing for Manchester Metropolitan University women’s team.

Adidas, the global German brand, worked with female players such as the American soccer star, Becky Sauerbrunn, in engineering the perfect boot for women – as it might be a shock, but men and women do not have the same feet. They concluded that women’s feet generally have a lower instep and narrower bend, meaning the manufactures had to create a new sole to accommodate the needs of women athletes, via the Telegraph.

Hopefully this sets precedent for providing women with the correct (and more) sporting garments and trainers.