The lack of affordable houses in London left many looking for different kinds of accommodation. Living as a guardian seems to be the ideal solution for some noisy (and penniless) musicians.

We, millennials, have been accused of not caring enough about the future, that we don’t save for a house, that we should stop eating sandwiches in coffee shops and start saving money now to buy a house in ten years’ time.

But is it crossing anyone’s mind that we live a life that neither consists of saving nor of spending money because we just don’t earn enough?

House prices seem to be going down, or at least that is what has been said by property agencies. But, when we talk about finances nothing is really so straightforward and a few words may change the whole story. House prices are not going down, at least not in London, but “annual house price growth has slowed to the lowest rate in four years”, writes the Guardian.

In fact, what has happened in the last year is that house prices stopped rising at the same level they used to: Instead of increasing by 8% every year, they now rise by around 5%. Either way, you are all right: buying a house is not our main priority. It can’t be.

Before even thinking about it, we need to face the reality many middle-class, middle-aged people don’t see. We will have thousands of pounds of debt just to get a degree before we even start working or owning anything. Particularly in the creative industries, paid internships are rare and freelancing seems to be the only starting point, which won’t leave you much time for a job that pays your rent.

London may not have affordable houses. But it has buildings. Big, empty buildings. Definitely old too. And, some of us live there to make ends meet without giving up on their dreams. But, for many others it is the only possible option.

These are called guardian properties, but they are more widely known as ‘legal squatting’ because of the buildings’ conditions and the scarce services provided.

In London, the latest report counted around 4,000 of those properties divided among 30 companies. Among these adapted-houses, you can find social cares, police stations, private and public buildings now dismissed and waiting to be sold or demolished to make space for new ones.

The companies behind such service have been under the spotlight because they tend to present themselves as security guards companies, but instead of having armed people guard buildings, they let people live in there to prevent others from squatting the place.

But, for the young people I met and for many others who live in those buildings, it’s a necessity that forces them to overcome any possible ethical issues involving the companies.

Knocking on a quite decadent building in central London, I found a bunch of young and talented artists who, not without struggle, call an ex-police station ‘home’.

It is time to acknowledge that we are willing to make sacrifices; living in a derelict place, without heating or a proper shower, is for some the only solution to save money in this expensive city.

Hugh, Callum, and Sas chose to live in a guardian property and they managed to create a semi-normal lifestyle. But this and many other uncomfortable situations are not always the result of choice and not everyone is young, strong and resilient to adapt without experiencing physical or mental health issues.

Although it is good to praise people for the solutions they find and to cheer at alternative ways of living from vans to mini-apartments, from boats to co-operatives houses, we should not forget that these are all solely attempts to find solutions to one of London’s biggest problems. And, that alternative housing does not always mean better conditions and happier people. 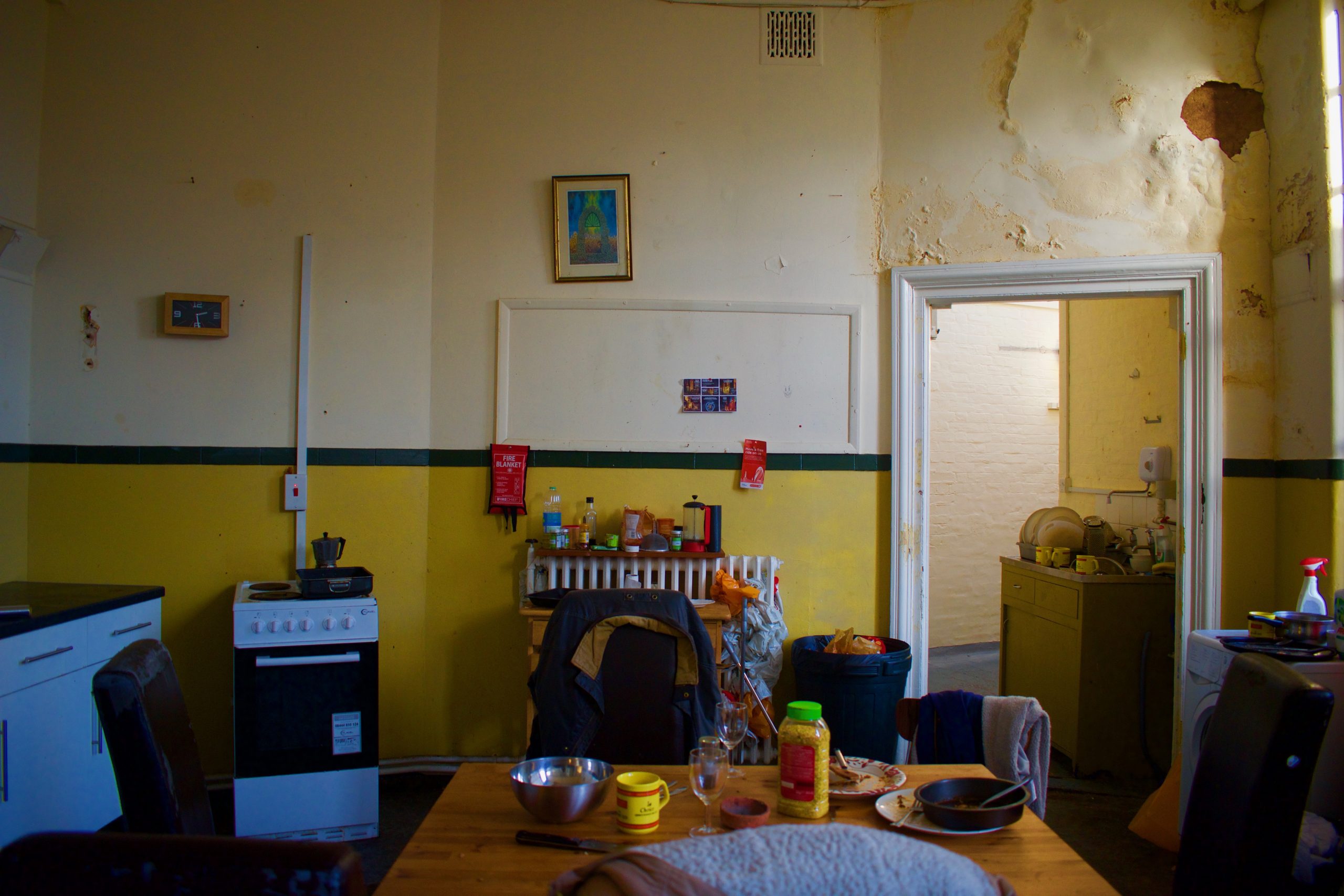 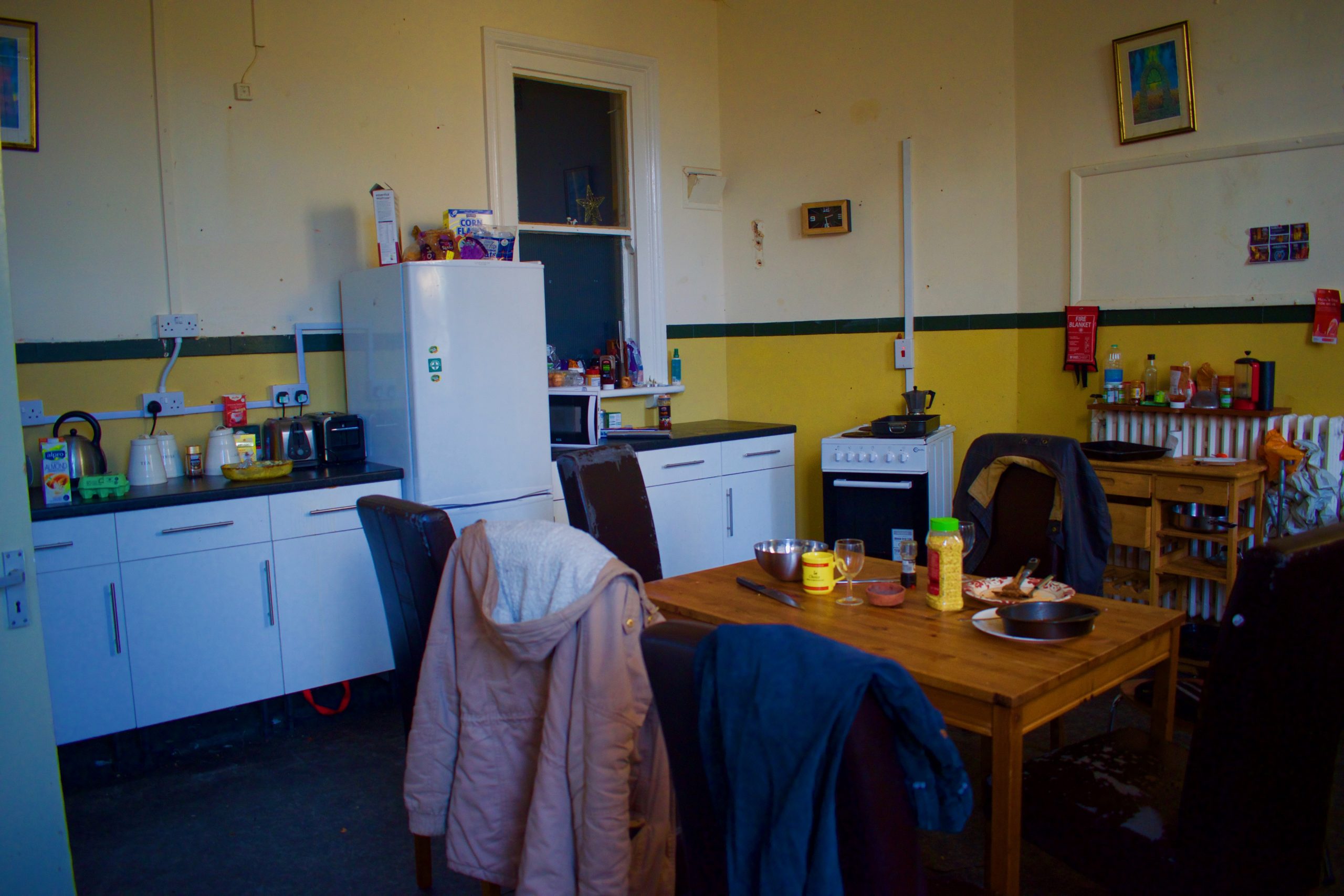 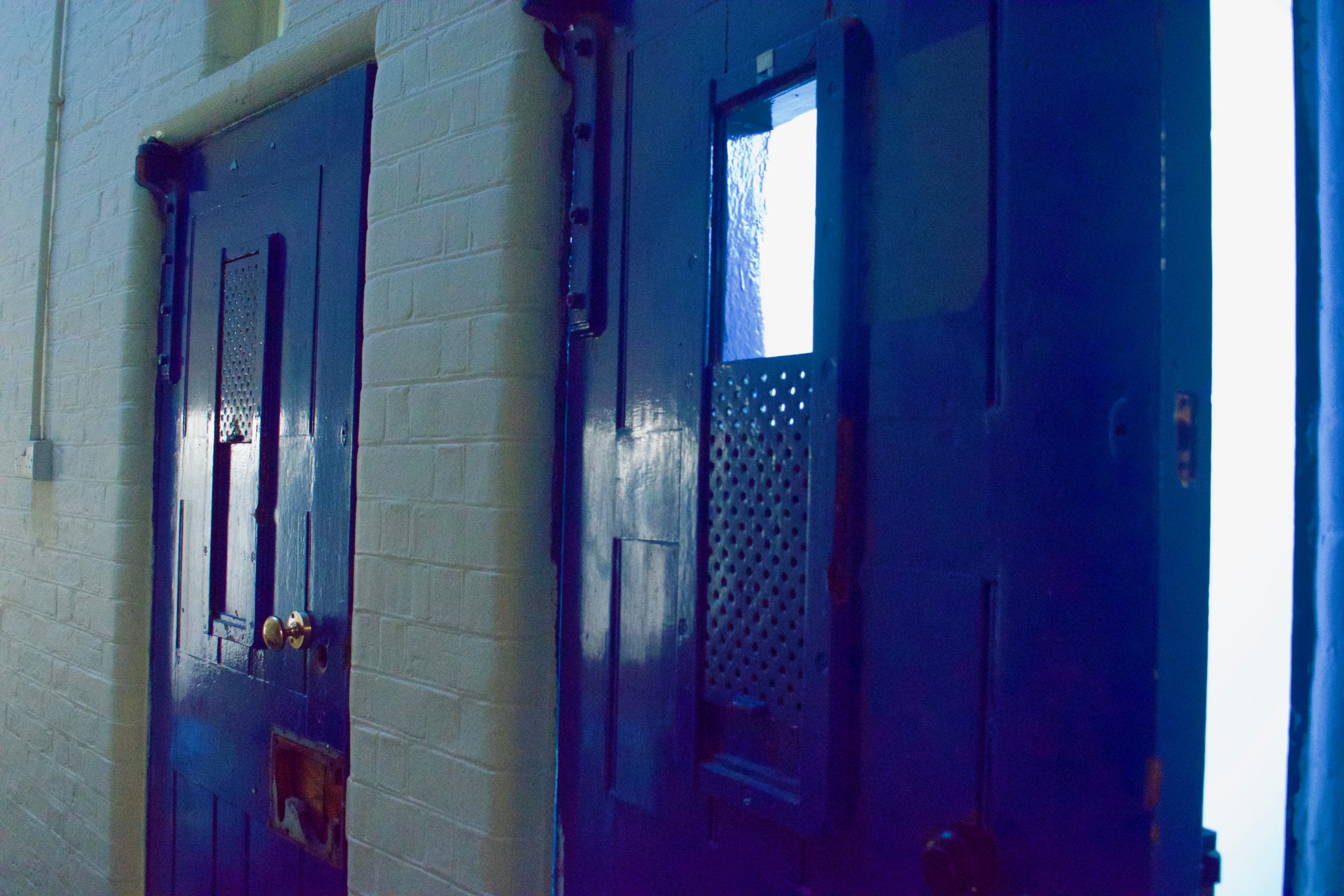 What used to be cells are now storage for music equipment 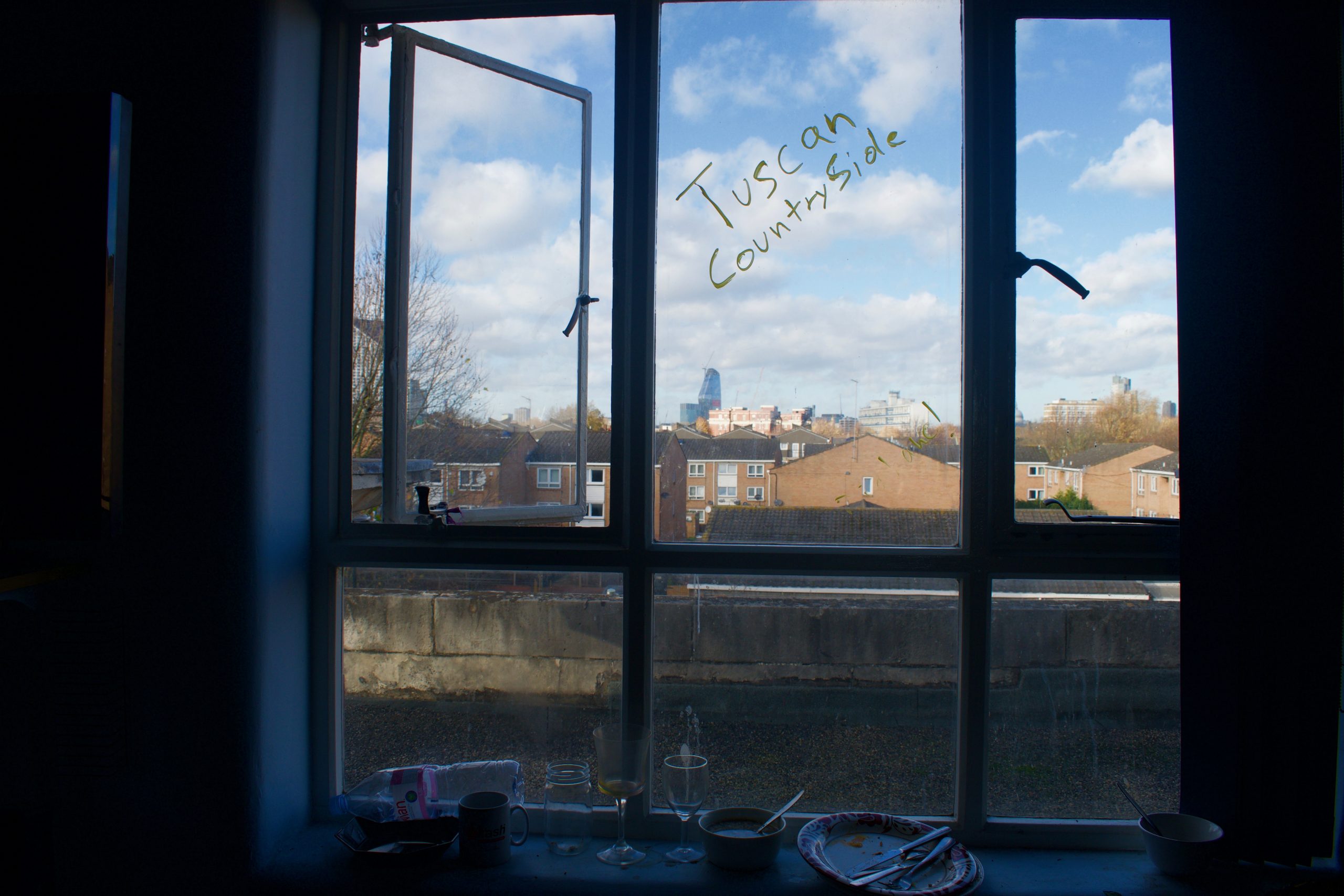 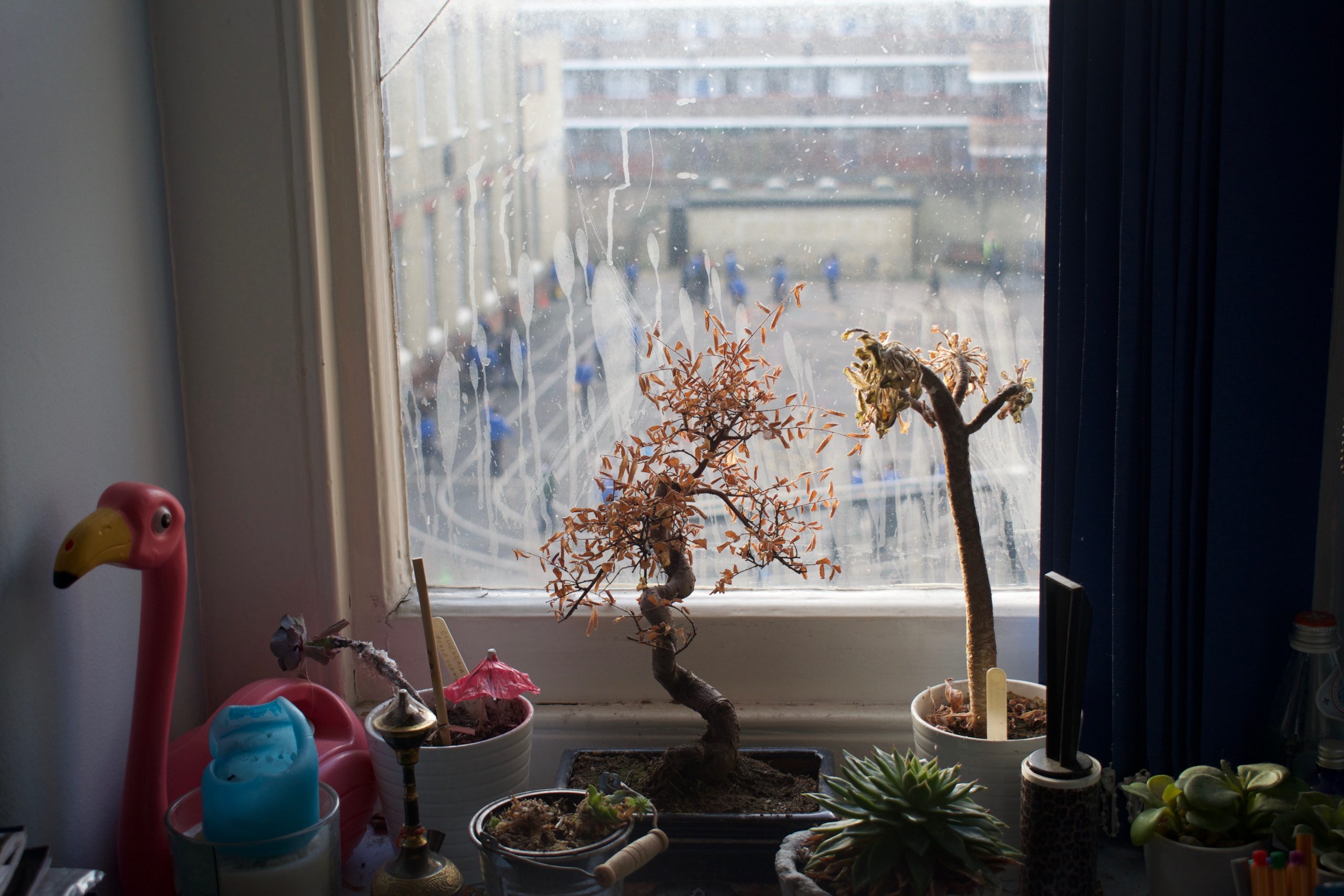 The building is in one of the most gentrified areas in London. Old buildings are knocked down while new flats are spreading 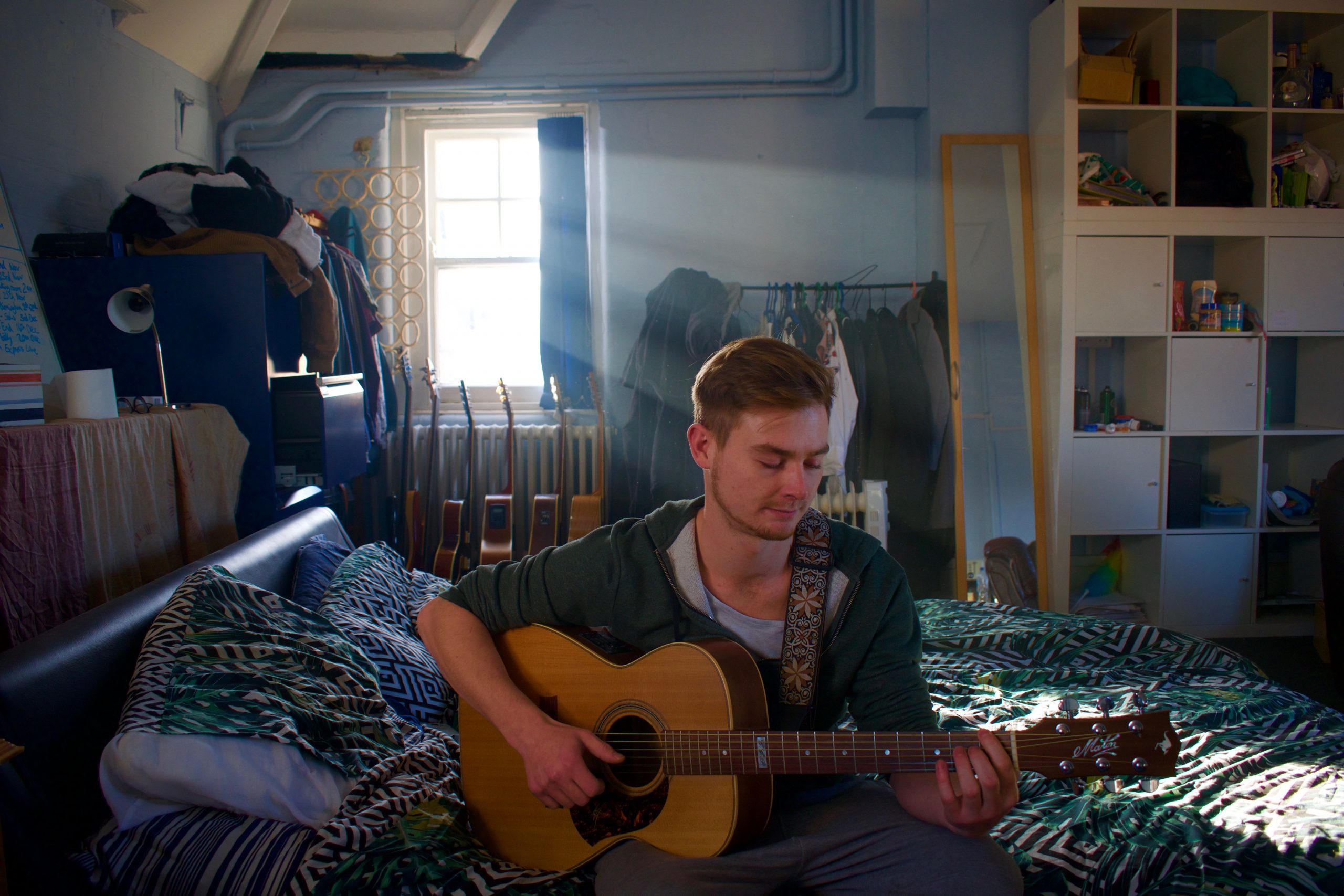 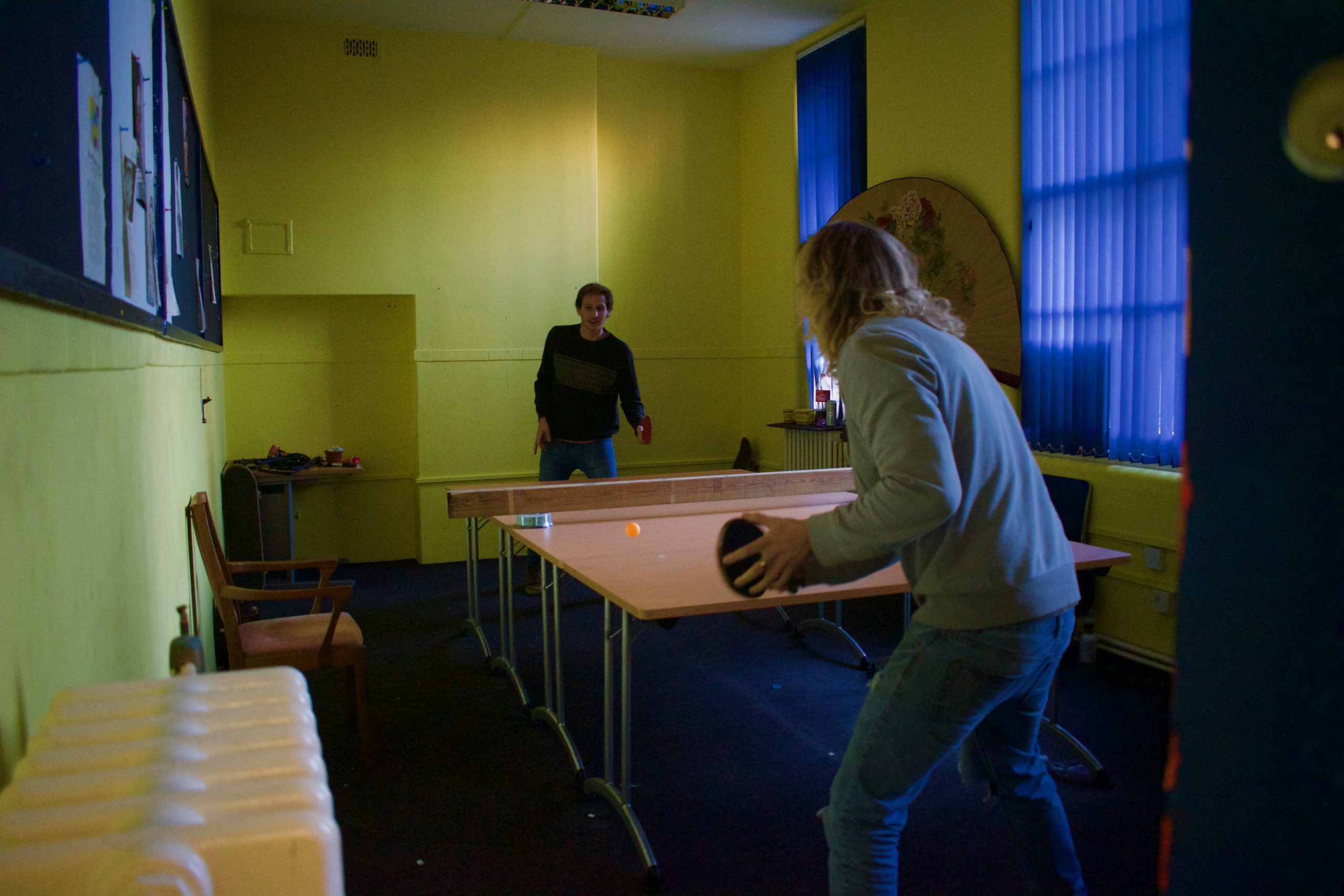 They found how to use some of the many empty rooms. A self-made tennis table with unused CDs and a wooden board 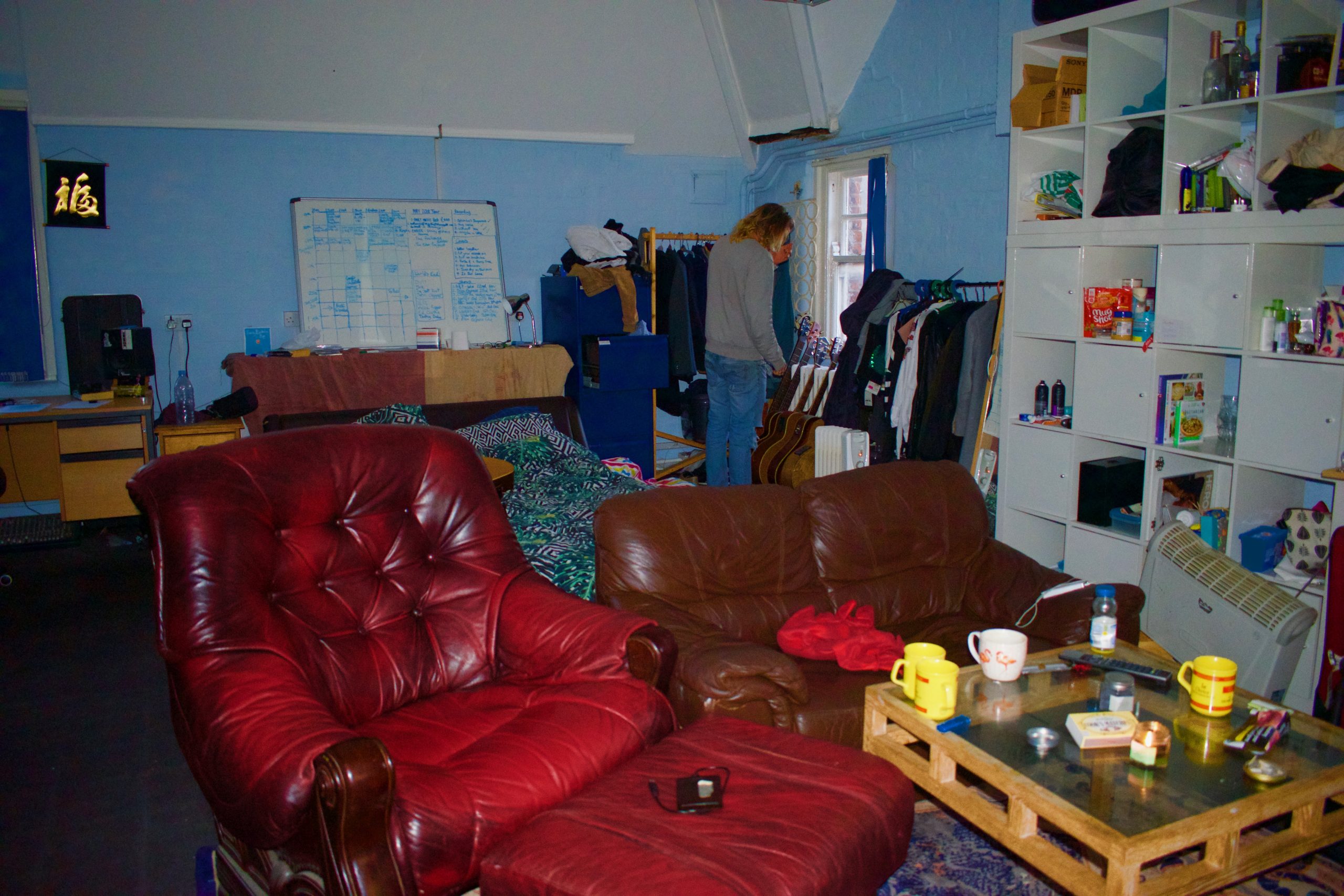 Some of the rooms, thanks to their size, are used both as bedrooms and living rooms 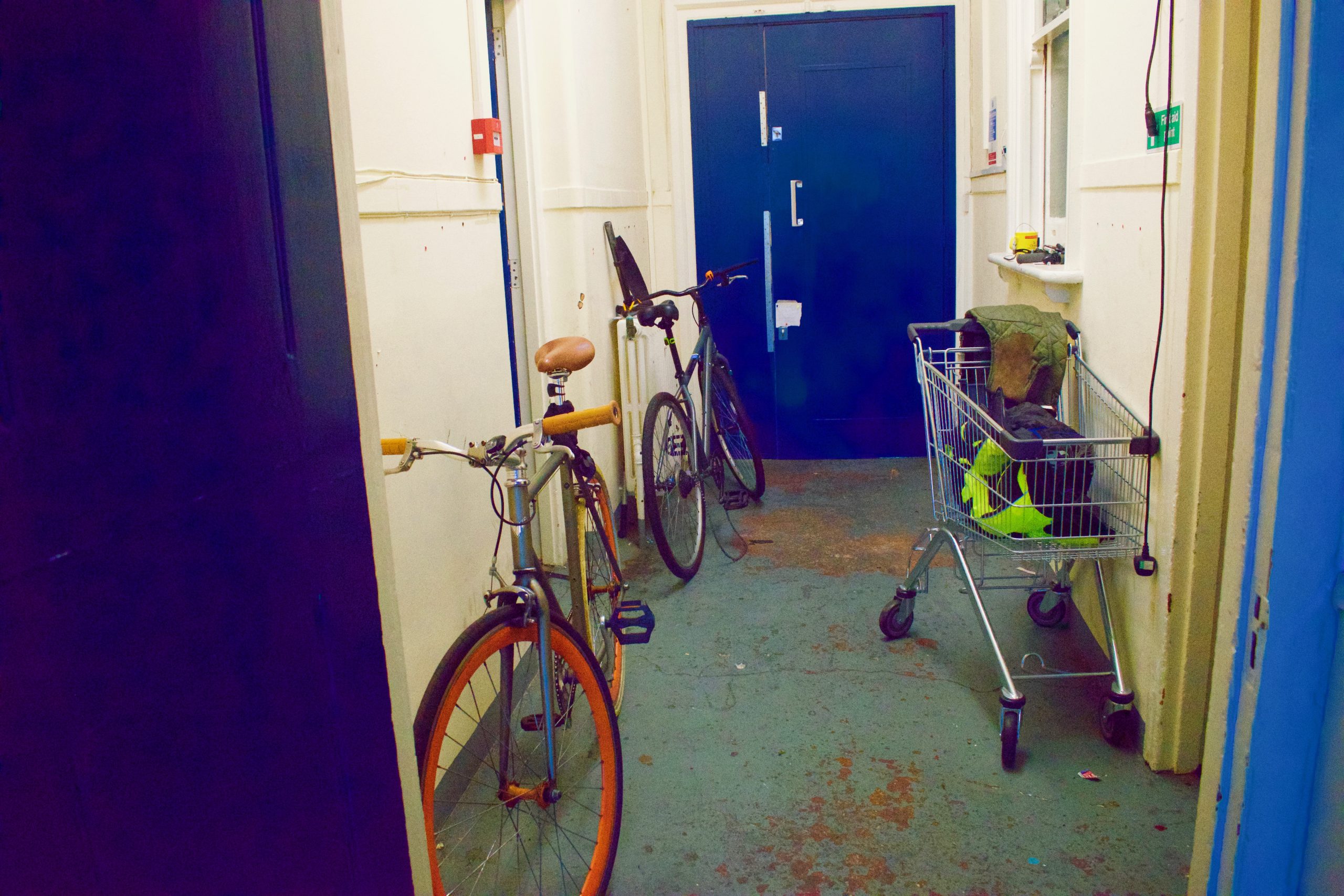 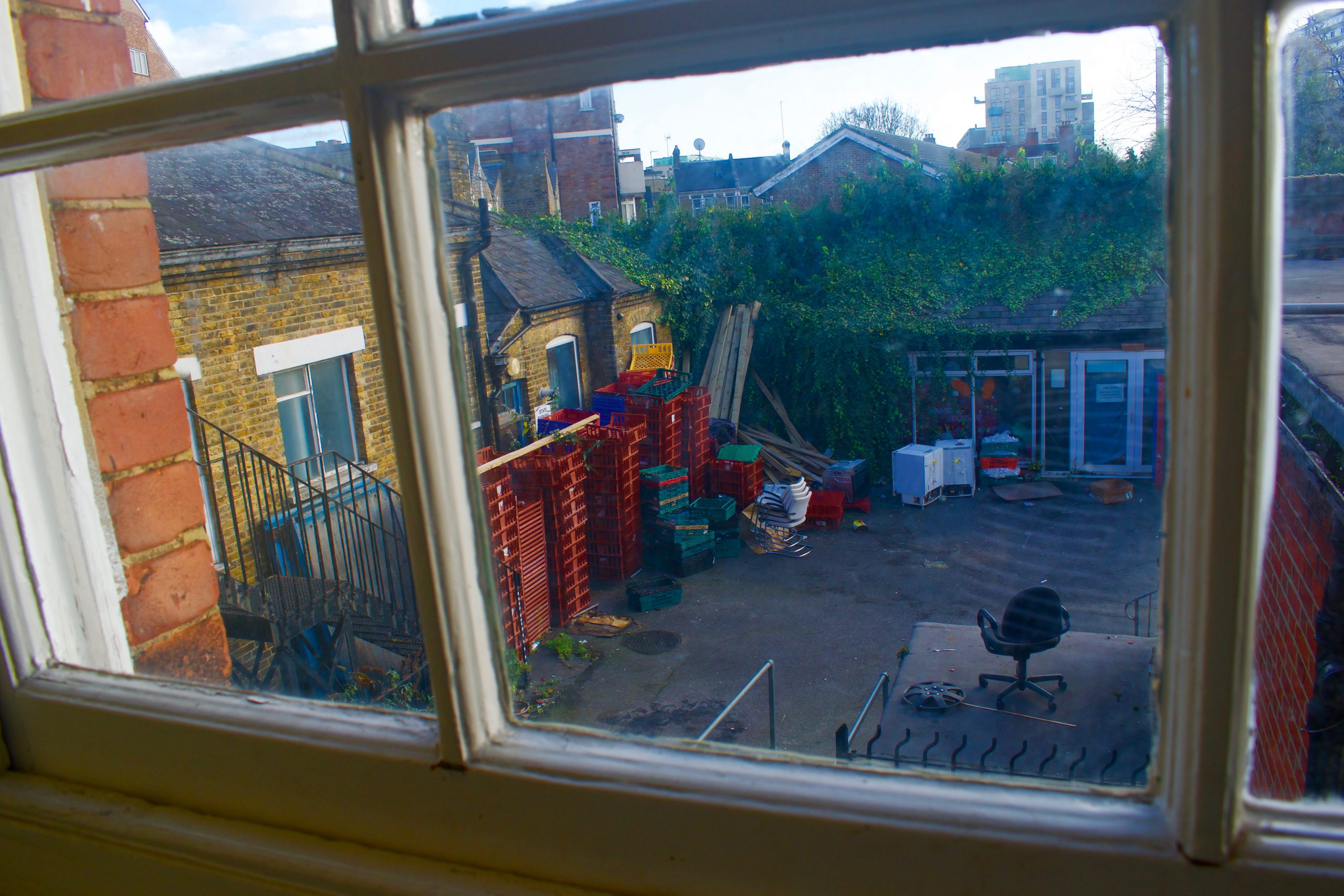 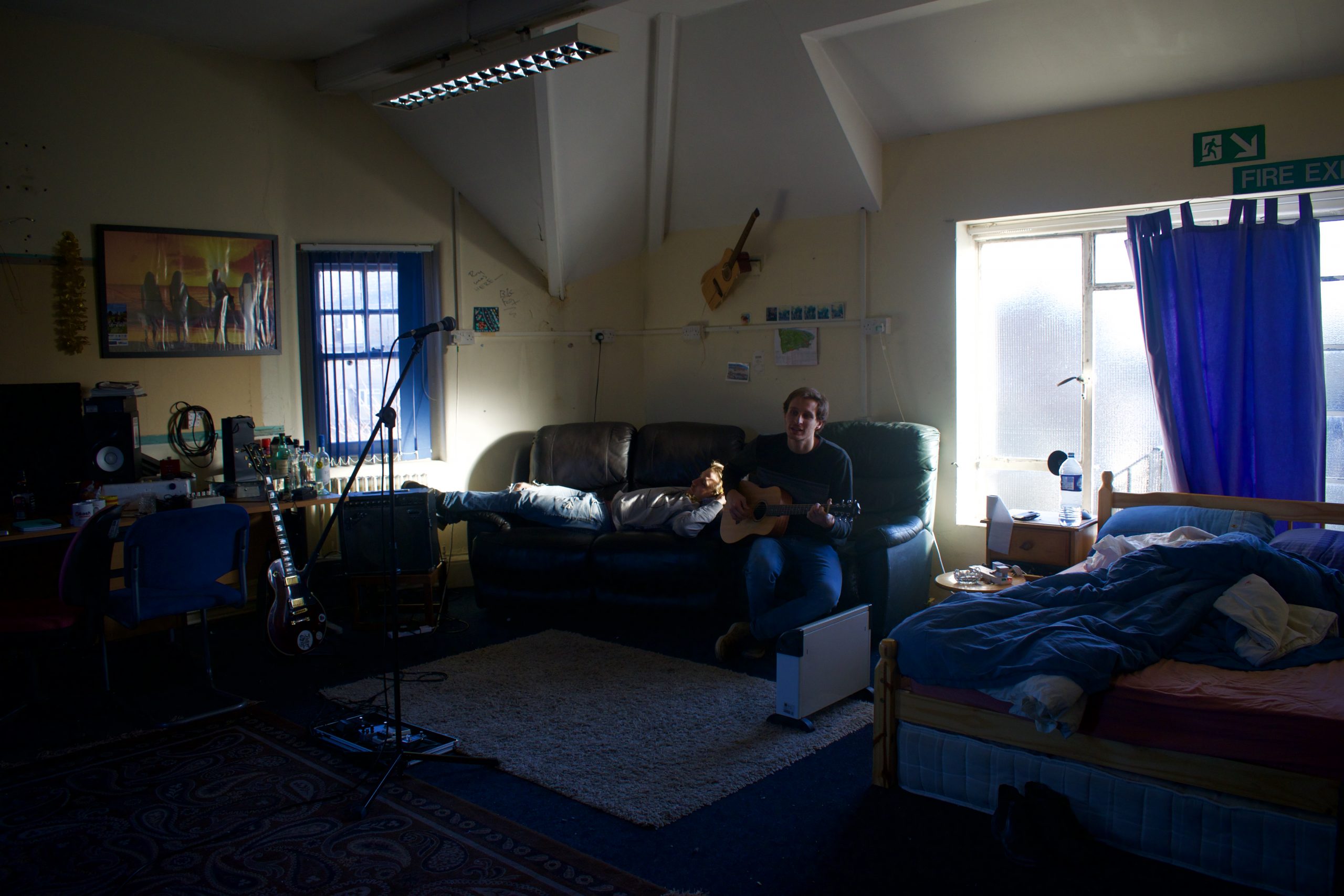 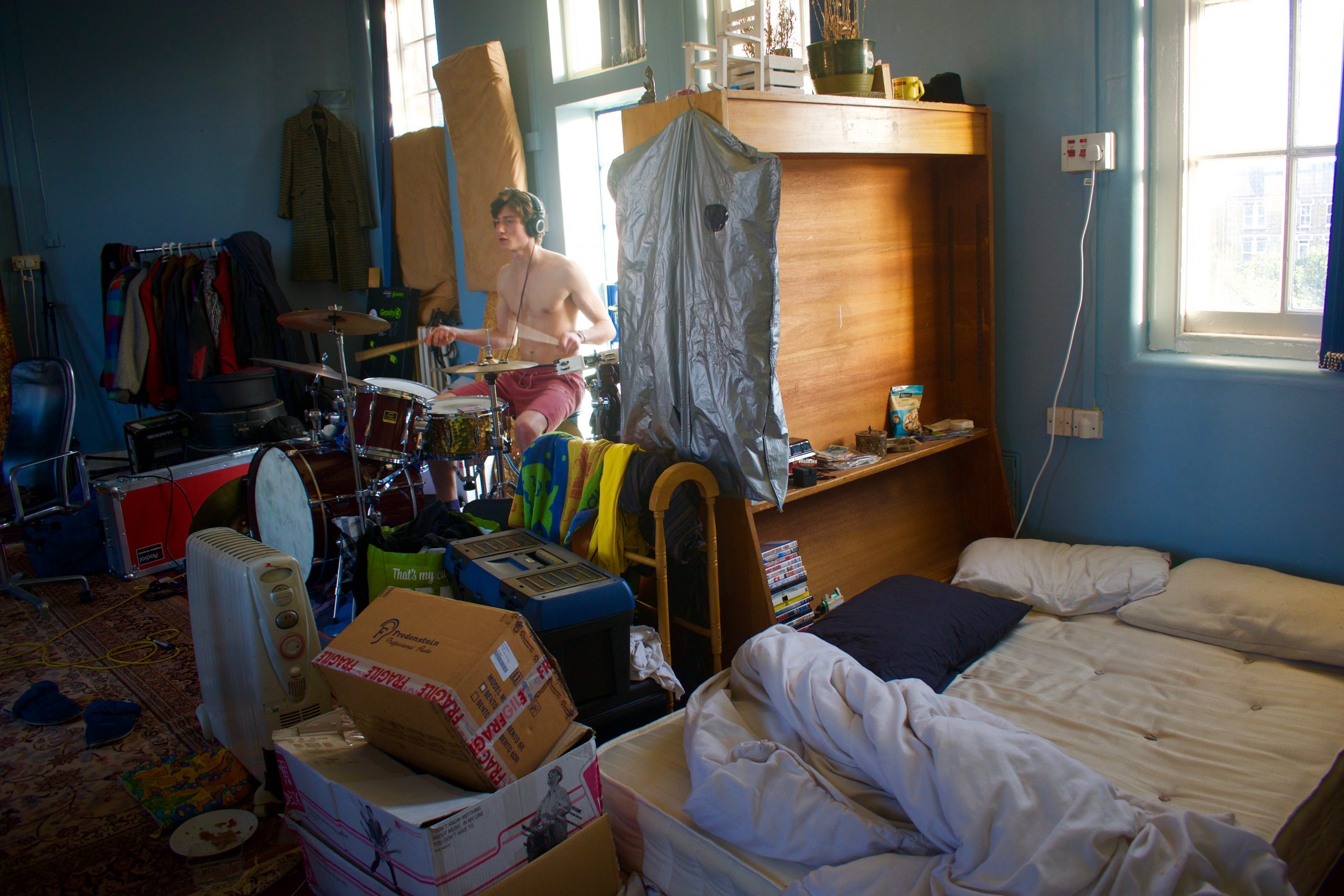