The most popular drama programme on Netflix this year —— Squid Game is inspiring many Halloween party organizers in London.

In their Halloween party disclaimer: “WE WILL NOT BE MURDERING PEOPLE”, BOXPARK Wembley said.

BOXPARK Wembley is a food and retail market, their market is made of refitted shipping containers. It is near the Wembley Stadium in London.

Click on the link to find the London Halloween party location of the Squid Game near you.

In the drama programme Squid Game, hundreds of players who are struggling to live need to play some children’s games to get up the huge sum of 45.6 billion Korean won (£2.81 billion) in rewards.

The price of the game is that the losers will Suffer a sudden and cruel death.

The programme content has a strong appeal to the audience, with many videos of imitating these games and role-playing.

Do you want to go to the “Squid Game” Halloween party?

Edward Zhuo, a student, Westminster University told Voice of London he and his friends love the Squid Game drama programme, these games remind them of their childhood.

He said: “I like this innovative Halloween party, and I look forward to playing squid games with more people.”

His friend Jiayi Sun added her concern about “the hygiene measures of gathering people”, especially on Halloween.

Please use #VOL Halloween to share your ideas for Halloween. 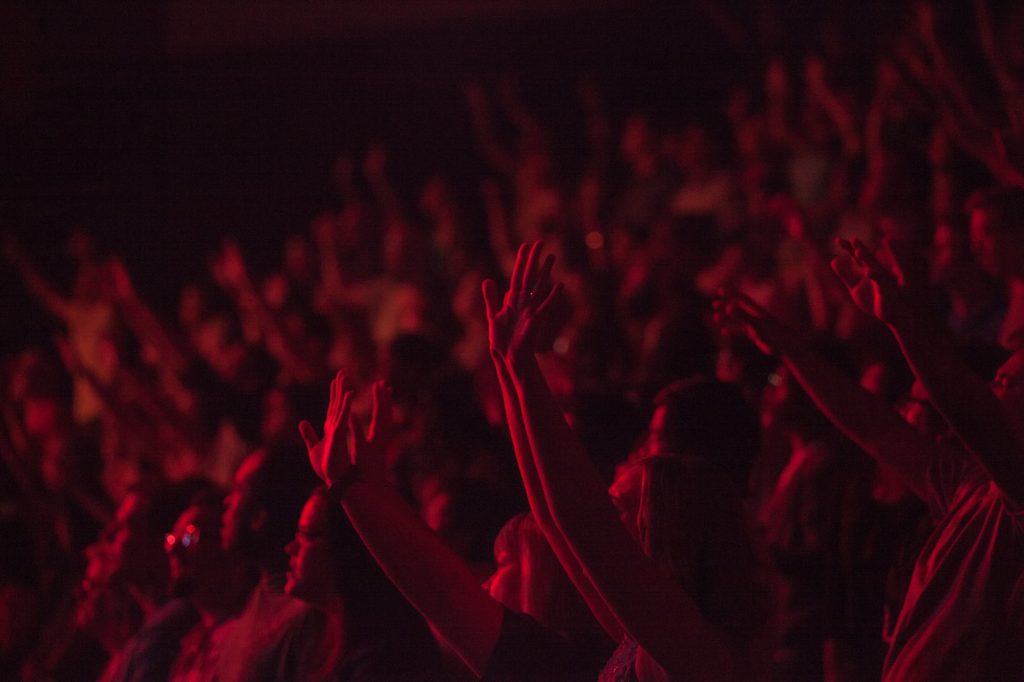 Cheering crowd at a concert｜Photo by Kaleb Nimz on Unsplash