Snapchat has finally caught up. The social media application has jumped on the trend and has launched its own version of TikTok: ‘Spotlight’.

This may just be Snapchat’s latest attempt to regain its users by giving them the possibility to create short and entertaining clips following TikTok’s viral style.

The new feature includes its own Spotlight tab and a ‘For You’ feed, making it more user friendly due to its vertical scroll-down display and niche algorithm. An aspect which remains true to the brand, and was first launched with its open stories, is the possibility to publish videos publicly or privately. 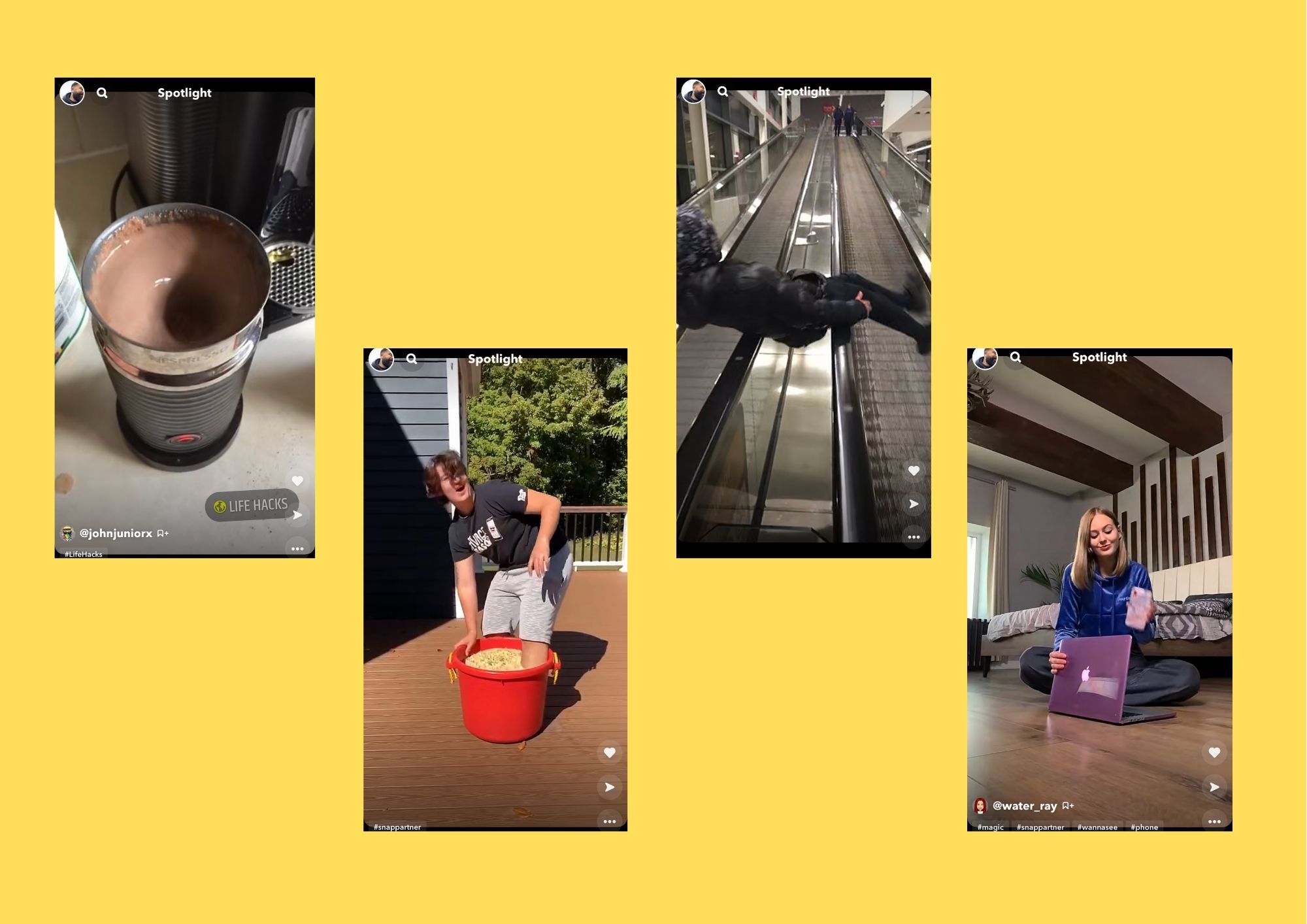 But you may want to stick to the public option… With the scope to attract more users and encourage content creation Snapchat has decided to distribute $1 Million on a daily basis to its users, until the end of 2020. All you have to do is create a popular video, the terms of the competition can be found here.

It may sound like an impossible task but Snapchat’s algorithm makes this an equal and realistic opportunity for all. Every video which is shared publicly will firstly be distributed to 100 different viewers, depending on the engagement with these it has the chance to pass the next stage and reach 1000 viewers, and so on.

This initiative may present the perfect opportunity for the app to increase its audience and finally reach the user base of its competitors. Since, according to Business Insider, Snapchat is currently behind Instagram with 650 million monthly active users.

However, Snapchat has decided to play it safe and regulate its content by removing the possibility to comment on Spotlight videos.

According to many, this is a great demonstration of how social media should prioritise safety issues and minimise risks such as online bullying, but it also imposes a limit for creators to communicate with their audience. After-all if you’ve used Tik Tok before you may have realised that many videos go viral thanks to the reactions of users in the comment section.

Will Snapchat’s Spotlight work out? And would you participate in the competition?

Let us know what you think.