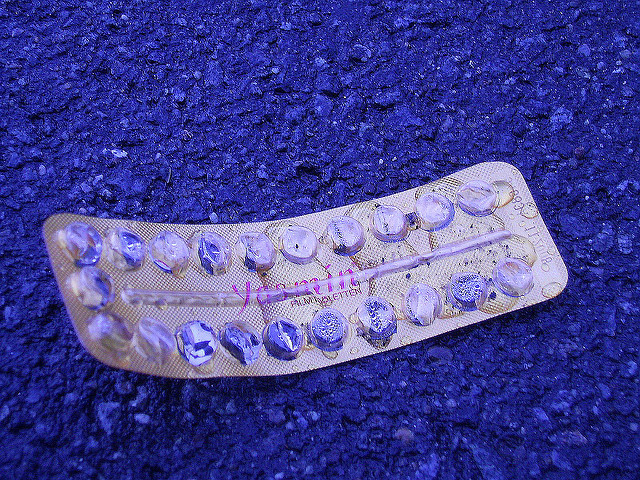 Contraception is supposed to be free for every man and women through the NHS. With more than 40 options of oral contraceptive pills, why do doctors keep prescribing the same ones?

When Laura*, 22, from London, asked her former GP to be put onto a different pill, Yasmin, he told her it wasn’t available in the UK. What he did not know is that she had seen it as one of the options that Superdrug provides, so that statement could not be true.

When confronted about it, Laura’s GP said that it “wasn’t up to him” what contraceptive pills were available through the NHS and that if she wanted, they could give her “the same one” by a different manufacturer: Lucette.

But Laura did not give in yet. She asked why, if they were the same, she could not get Yasmin. By then, her GP just said: “The NHS can’t afford it, and I do what they tell me to do.” Laura went on Lucette.

This would explain why the most common contraceptive pill prescribed is Microgynon 30, which costs the NHS £12.22 for a year’s treatment, according to the Regional Drug and Therapeutics Centre, in Newcastle. Compared to the £63.70 that Yasmin costs for a year’s treatment, it is no wonder why Laura’s former Clinical Commissioning Group (CCG) was so against the idea.

A 2016 report by the Advisory Group on Contraception found that more than one in six local NHS authorities had decreased their spend on contraceptive services. Local sexual health expenditure is set between local councils and CCGs.

Not only is access to the full range of contraceptive methods fundamental for women but being able to choose the best suited to them also helps prevent unplanned pregnancies and improve public health. According to the Department of Health, for every £1 invested in contraception, £11 are saved in prevented health outcomes.

As a result, women may be putting up with painful periods, problem skin and mental health issues because their pill composition is not tailored to their bodies or the contraceptive method itself does not suit their lifestyle.

So when your gynae/doctor prescribes you the pill, ask about the risks. I suggest mild contraceptives like Yaz or Yasmin. Stay safe ladies ✨

And that is what happened to Laura. Even though the pill she was on claimed to be the same, she sometimes felt unstable mentally, something she had never experienced before. When she moved houses and registered to a new GP surgery, her new GP was happy to prescribe Yasmin for her, because they agreed it was the best option for her.

What most people call ‘the pill’ is the combined oral contraceptive pill, meaning it contains both oestrogen and progesterone. It is supposed to be 99 per cent effective against pregnancy when taken effectively, as it is recommended.

Yet women don’t take it only for that reason. The pill can also reduce acne, regulate periods and reduce ovarian cysts, which are a condition of Polycystic Ovary Syndrome. According to the NHS, one in five women in the UK suffers from this condition and around half of those don’t have any symptoms. If left untreated, it can lead to infertility as well as hormonal disorders.

can people pls stop with the scaremongering about contraceptive pills, it is driving me up the damn wall.

no, they’re not for everyone
yes, the side effects can be shit

It’s been 57 years since ‘birth control pills’ were confirmed to become available on the National Health Service by the then Minister of Health, Enoch Powell. Originally developed during the 1950s by American scientists, the pill has shown to be linked with a higher risk of blood clots, strokes and heart attacks, which is why it is not recommended for women with genetic history of such.

The studies that first showed this in the 1980s, linked the concerns to the hormone levels in the pill, resulting in a decrease in the amount of hormones in the pill.

A spokesperson for the NHS said: “We don’t believe it is a funding issue. This particular brand of contraceptive pill has been controversial in that it has been linked to a higher risk of blood clots, and that can be very dangerous. In this case we believe it is just not the safest option.”

*Name has been changed to protect anonymity.

Featured image: “All the contraceptive pills are gone” by Surija, used under CC BY