Rugby authorities are facing fresh calls over the safety of the sport after Steve Thompson, who won the Rugby World Cup with England in 2003, publicly announced his early onset dementia diagnosis on Tuesday.

The impact of head injuries and concussions has been a major talking point in the national sports conversation this year following the dementia diagnosis of England football legend and 1996 World Cup winner Sir Bobby Charlton.

In a harrowing interview with the Guardian on Tuesday, Thompson made clear his regrets about playing the sport professionally, saying that his 13-year career was not worth the toll that it has taken on his brain.

“It’s the rugby that’s put me through this,” he said. “Some people go for the big lights, whereas I don’t want that. I never wanted that. I’d rather just have had a normal life.”

Thompson was apart of the England side that lifted the 2003 Rugby World Cup, remembered mostly for fly-half Jonny Wilkinson’s game-winning drop-kick in the final against hosts Australia.

“I finished up with nothing really at the end of it. I can’t remember it. I’ve got no memorabilia. I’ve got no feelings about it.

“You see us lifting the World Cup and I can see me there jumping around. But I can’t remember it.

“No one could ever say that I’m money-orientated, because that’s the one thing I’m not. I just wanted a simple life. I would have liked to be able to work outside and use my body and my mind. That’s not going to happen now.”

We're sending all of our thoughts & well-wishes to Steve Thompson and his family, following the announcement that he's living with dementia.

As always, our Dementia Connect support line is here for anyone in need of advice & support on 0333 150 3456 ❤️https://t.co/EuKgYGypch

The National Football League (NFL) has been down this road. In 2012, a class action lawsuit on behalf of 4,500 former American football players forced the NFL to pay out $1 billion in compensation. This came after the NFL had previously refused any wrongdoing.

The league agreed that it agreed to compensate victims of brain injuries, pay for medical exams and underwrite research for its 18,000 former players.

The lawsuit came following Nigerian-American neuropathologist Bennet Omalu determined that former Pittsburgh Steelers center Mark Webster had Chronic traumatic encephalopathy (CTE). The disease is caused in part by repetitive blows to the head, common in both American and football and rugby.

The case being considered by the players could target World Rugby, England’s Rugby Football Union (RFU) and the Welsh Rugby Union (WRU).

RFU chief executive Bill Sweeney said he believes the organisation would be insured against any potential payout.

Peter McCabe, chief executive of Headway, the brain injury association, said in a statement: “Reports of a possible class action lawsuit on behalf of former rugby players should be a wake-up call for all contact sports.

“It took similar action in the USA to force the NFL to recognise the seriousness of the issue and accept that it simply had to change in order to better protect the short and long-term health of players.

“Rugby has made progress in dealing with the issue of concussion in recent years but reports of former players now living with neurological conditions or brain injuries will no doubt be a concern to all those who love and play the sport.” 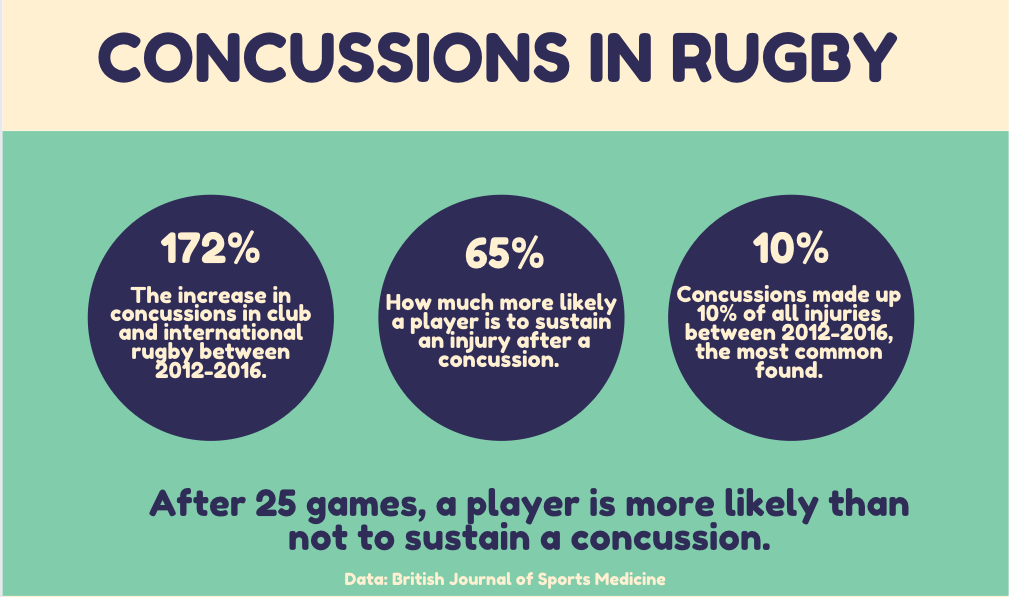 Dementia has been a hot topic in British sport this year. Former England World Cup winner Nobby Stiles died in October after suffering with the disease for years, and his family called for greater reform.

Football has seen calls for heading to be banned in training and in youth games after research from the Glasgow Brain Injury Research Group linked repetitive heading of the ball to lasting brain damage.

The game’s concussion protocols — which say that a player with a suspected concussion must be removed from the field of play — were questioned last month after Arsenal defender David Luiz suffered a head injury when contesting a header with Wolves striker Raul Jimenez, but the defender was allowed to continue after a short inspection by medical staff. The Arsenal player was substituted at half-time.

Just as football is in the process of making youth sport safer, rugby is facing similar calls.

Graham Kirkwood, from the Institute of Health at Newcastle University, told the Guardian on Thursday: “As the rules stand at the moment it shouldn’t be played in schools. The collision elements of rugby should be removed — that is, the tackle, and the ruck and maul, but mainly tackles.”

Rugby is is played in schools across the country as part of the national curriculum.