Vetements, French for ‘clothes’, is the brand that can’t be missed in fashion. It has been defined as “the anti-fashion brand waking up the industry” by The Telegraph.

Calling themselves a ‘design collective’, Vetements and its team is basically managed as a democracy, where Georgian Demna Gvasalia, his brother, Guram and five other friends all work together. Demna said in an interview with Vogue: “It has to be democratic, it’s the most efficient way to work.”

The brand was created in his bedroom in Paris and wasn’t supposed to be commercialised at first. His brother then decided to try and sell their creations. Demna recalls having conversations with friends working for other big fashion names: “We used to meet up and have these frustrated, horrible talks about fashion!” The need for it came from Demna’s feeling towards fashion and how fed up he was with it.

Demna graduated in 2006 from the Royal Academy of Fine Arts in Antwerp. He then worked as a designer for the womenswear of Maison Martin Margiela from 2009 to 2012, influences of this can be found in Vetements. Afterwards, he became the head designer of Louis Vuitton womenswear from 2012 to 2014. Talking to The Independent about working for those two houses, Gvasalia said: “It broke many of my dreams about fashion.”

Deciding that people were ready for “something different”, Demna created Vetements in 2014 with his brother and friends who decided to stay anonymous. Some speculate that he met them while studying at the Royal Academy of Arts. It has a reputation for birthing atypical fashion designers like Dries Van Noten and Ann Demeulemeester. In an interview with Business of Fashion he explained that he didn’t know anything about the school’s reputation: “I went literally because it was the only school I could afford.”

The brand took inspiration from urban cultures, every day outfits and the Internet. Their idea behind the label is to offer ‘real clothes’, clothes that can be comfortable and wearable. They give off a cool vibe and emphasises this feeling by selling the brand to individuals who have their own style.

“Being down to earth is the new black. Previous fashion was about making a dream. I feel like younger generations are much more pragmatic about it and I think this pragmatism is quite necessary to be honest” says Demna to Vogue about their new approach to fashion.  Following this ‘down to Earth’ way of thinking, the brand is known to found its models on Instagram. The diversity in the choice of models is clear, with young androgynous models showing tattoos, piercings and buzzcuts.

However, it doesn’t mean that the success has been tamed. They were selected to receive 2016’s LVMH Fashion Designer Prize but lost to fashion designer Grace Wales Bonner who graduated from Central Saint Martins in 2014. The brand just won ‘International Urban Luxury Brand‘ at this year’s British Fashion Awards.

Vetements first became famous by popping up on our Instagram feeds in pictures posted by bloggers wearing the oversized hoodies and recomposed jeans. Key pieces included the two mentioned previously as well as the yellow floral dress, the DHL t-shirt, and drag queen style boots. 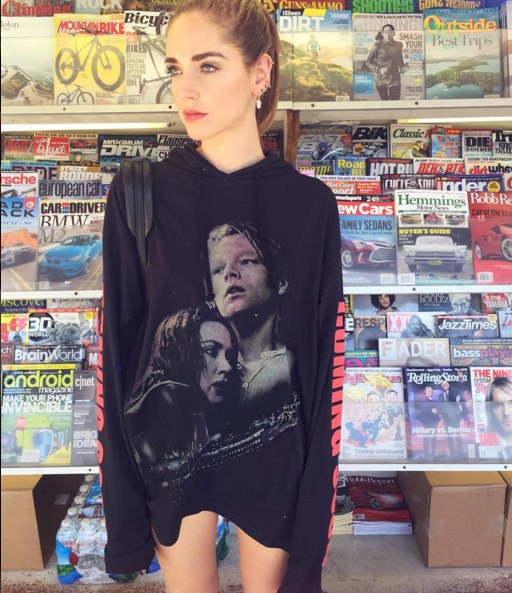 Used to shock, Vetements’ second collection was shown during Paris Fashion Week 2015 for the autumn/winter season in a sex club called Le Depot. Their 2016 spring/summer collection was showed in a Parisian restaurant in the district Belleville, upcoming area known for its fashionable and edgy inhabitants. Kanye West attended Vetements’ Fall 2016 ready-to-wear collection. Rihanna, Kendall Jenner and Selena Gomez have been seen wearing the Vetements tracksuits. 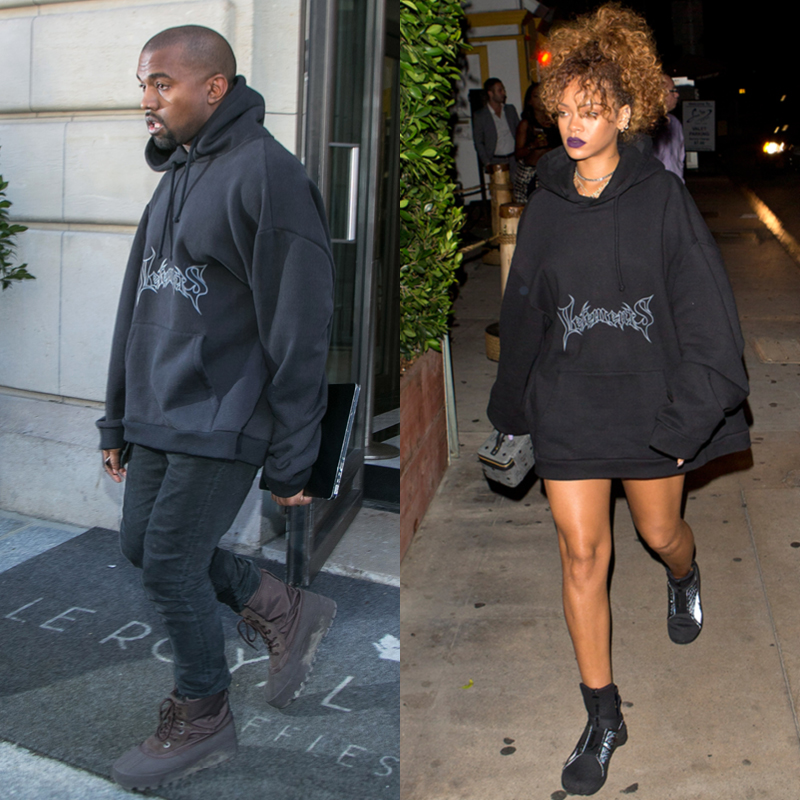 Talking about his success, Demna explained to Vogue that some of it came from the fact that they based the brand in Paris: “It really created a buzz around us. It’s Paris, it’s kind of predictable, it’s Chanel, it’s Dior and then suddenly there’s a show in a sex club and it makes people talk.”

A lot of the brothers  work has been described as dark and provocative, some people linking it to the terrorists attacks in Paris after Demna declared in Dazed & Confused: “We had a lot emotions going on in the team – not depressed but definitely a dark mood.” From schoolgirl uniforms to goth and heavy metal references, the many looks they created all have one point in common: rebelling against authority figures.

After influencing other brands with their grunge looks and oversized sweatshirts, they changed completely their silhouettes and displayed fitted clothes during their 2016 Autumn/Winter show. “We did everything oversized for a few seasons now and we didn’t really feel like this is the only message we want to do in terms of volume,” explained Gvasalia to Dazed & Confused.

Many people questioned the brand, and asked the inevitable question ‘Who buys this stuff?’ With $1,395 jeans and $1,160 denim mini skirts, the whole collections can be defined as overpriced. Even people who usually aren’t interested in fashion have been criticizing the brand for their prices and their aesthetic judged too simple, like this article in The Guardian. However, when you evolve in a fashion industry where Off-White sells bomber jackets at $1,150 and Hood By Air has cargo shorts at $795, the term overpriced can be slightly redefined. Many people proclaimed ‘don’t believe the hype’ but it seems to be justified. Vetements brings a breath of fresh air to the industry by using revisited pieces they used to wear when they were younger, just like any other fashion designer does.

So what’s in the future for Demna Gvasalia and Vetements?

On October 7th 2016, the designer was named creative director at Balenciaga, replacing Alexander Wang while still working on Vetements. This hopefully means that a new approach will also be taken towards famous luxury brands, starting with Balenciaga and forcing the whole fashion industry to change.

As for Vetements, the brand is still growing and the team had to expend their studios just so they could have the needed space to work on the next collections. Their amount of stockists almost doubled with it changing from 46 to 80 stores. Their team is expanding as well according to 1Granary. In an interview with Business of Fashion, Gvasalia talked about what was coming up next: “I think it is probably going to be one of the craziest times I’ve ever had in fashion. But I am up for it.” And we’re excited for Paris Fashion Week 2017.

Read about how Vetements has been influenced by skate culture here.