Skate brands such as Palace, which just launched a collaboration with Adidas, Vans and Supreme are becoming mainstream and London’s skaters are not happy about it. Here’s what they have to say.

Lately, with brands like Vetements trying to bring back a grunge/skater style, people working in the fashion industry or simple consumers have started to dress more like them. If you’re still confused and you can’t really picture them in your head, they wear Thrasher sweatshirt and Vans, Palace jackets and Supreme caps.

The only difference is that skaters have been dressing like this for years. Some people blame famous skateboarders like Dylan Rieder, who passed away recently, Alex Olson or Ben Nordberg for modelling big labels such as DKNY and Louis Vuitton.

Others blame concept stores like Colette in Paris or Dover Street Market for selling skate brands from Palace to Bianca Chandon thus making them available to bloggers who’ve never set foot on a skateboard.

Famous skaters like Jason Dill and Anthony Van Engelen came up with brands that are now well-known, they also came up with some new prodigees that can’t be ignored. The whole idea behind skate brands is to create a skate team so that everything is linked. A skate brand will therefore dress the skaters on their team.

For them, skateboard is not only hipsters trying to ‘shred’ on their Penny boards. Actually, if you talk to a pro, you will shortly learn that Penny boards and long boards are considered as an insult to skateboarding.

But the real question here is not about where this fashion appropriation comes from but what do skaters think of it. Is it a good thing for their industry?

The most famous skate brands, Supreme and Palace are at the top of the scale. People queue in front of their stores just to get their new collection in time before all of it is gone. Supreme opened their first store in 1994 in New York, helping develop the city’s skate culture made of rebellious young skaters and artists who became the store’s staff. Their website explains that young counter-culture gravitated towards the brand.

However, the brand never tried to stop their success or criticized people wearing the brand. They made it grow by working with designers, musicians and photographers. They released a skate video named Cherry in 2014 and the success helped Supreme and Converse as a marketing tool. The movie showed skate tricks but also the characters that skaters are.

Converse and Supreme are important brands in skateboard, with Converse now belonging to Nike since 2003 and Supreme still being independent and unique. This shows how mainstream and independent still cohabit in skate culture.

Obviously, some people are for it and some are against it. When teenagers started skateboarding the mentality behind it was very confrontational. You had to be rebellious towards everything that wasn’t a part of skateboarding. Unsurprisingly, Thrasher Magazine’s editor-in-chief Jake Phelps talked in an interview with Hypebeast about celebrities like Rihanna and Justin Bieber wearing the brand and added: “The pavement is where the real shit is. Blood and scabs, does it get realer than that?”

Even on Instagram people are making fun of this sudden new trend that surrounds skateboarding with a parody account named “you did not skate that”. You can find pictures of models posing with skates, explaining clearly the name of the account.

I talked to the previous owner of a famous Parisian skate shop, Laurent. When asked about his opinion on the matter he declared, “I think it’s actually a good thing for skateboard. More people are interested in learning a few tricks, which is always good. Of course, a lot of those people who wear skate brands don’t really know anything about skate”.

He agreed that people from the fashion industry were sometimes clueless about the brands they were wearing. Laurent added, “This boy once told me that Thrasher was a band. Thrasher is a famous skate magazine, how can you not know that?” 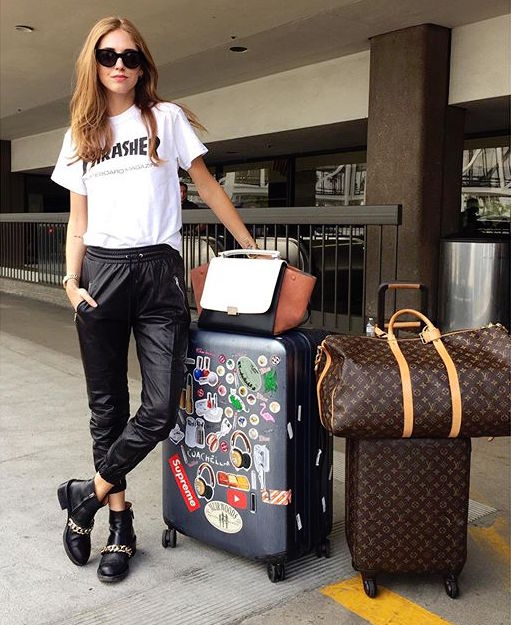 When asked about what people think of it around him, he said, “My kids, the ones who skate in Paris and used to hang out in my shop, they despise this new trend. They’ll make fun of anyone who doesn’t skate wearing those brands. I think they just feel like they earned the right to wear those brands with sweat and blood. So I would say it’s a clash between the ones that are glad skateboard is trendy right now and the ones that can’t stand it anymore”.