It has been a week since the initial protest over the new fences broke down on the first day of the nationwide lockdown, but what started as a rebellious act against being unwillingly trapped inside their own accommodation turned into a full blown strike.

On the 5th of November, the first day of what promises to be a month long lockdown, students of University of Manchester woke up to find themselves almost trapped in their accommodation, surrounded by huge fences blocking some exit and entry points making it not impossible, but quite complicated to leave the building.

The news of this almost poetic ‘lockdown’ has quickly spread over the social media and caused half of UK to focus their attention on what will the students and the administration of the university do next.

Since the initial statement by the university official, that claimed warnings were given out about the fences being put up, it was later official admitted the work was done ahead of schedule and no messages were send out beforehand. 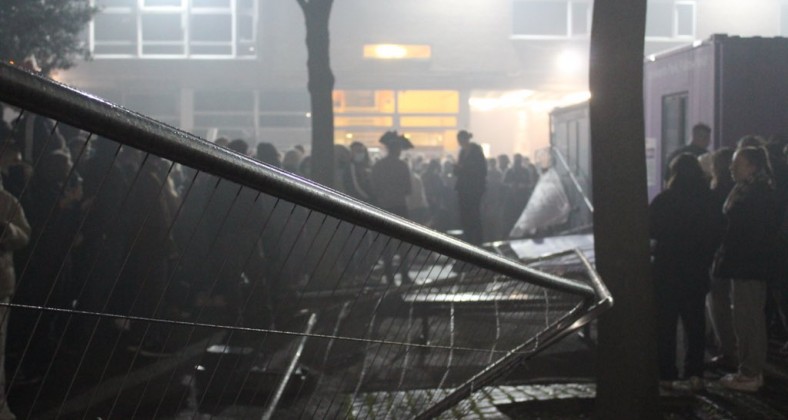 Nevertheless, it did not take students of Manchester University’s Fallowfield campus long to rebel against the current administration and tear down the fences.

The fences were destroyed, jumped on and pushed down overnight and although the university officially apologies for any ‘distress’ caused the raging crown of students was far from being done.

From tearing down the fences the students quickly moved to ‘occupying’ student halls in protest against high rent and general lack of support provided during the pandemic.

The students claim the university puts profit before the interest of the the students and stuff, including warning students not to leave back to their homes during the lockdown and asking for extremely high rent.

After a number of requests to discuss student concerns and rent issues were declined and any retribution was met with a threat of fines for refusal to pay rent, students have taken over the Owens Park Tower claiming they have food to last for weeks.

Signs were put out the windows of student resident halls symbolising the building is ‘occupied’ and students inside are actively reporting the progression of the strike on social media making it harder and harder for authorities and university administration to ignore.

We are occupying until: 1.The UoM meets with and agrees with our original demands. 2.The UoM commits to no redundancies for the duration of the pandemic. 3.For UoM to maintain consistent contact with the UCU. 4. No penalties for Rent Strikers or occupiers.

Although the strike is in full power the students promise they are following all of the safety restrictions introduced by government officials including wearing masks at all times and social distancing from each other.

Despite the huge support that the students on strike receive on social media and quite a big media coverage of the protests there is still no negations, solutions or any radical or even minor actions taken for or against the students.

The university, as expected, condemns the strikes claiming the students are putting themselves and others at risk of spreading COVID.

Police is on stand by, prepared to help the university officials in any way necessary, but no further action has yet been taken to defuse the situation. 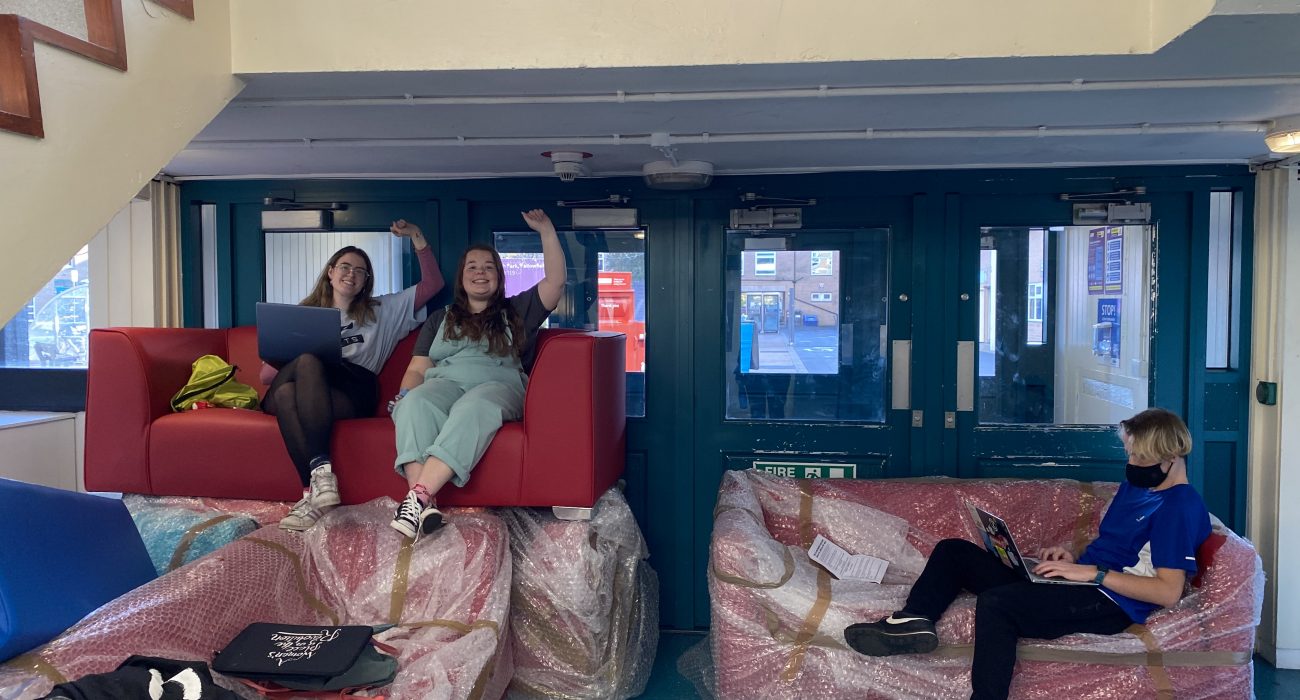 Since Manchester has recently been hit by a large wave of new COVID cases, the extreme measures being taken against the spread of the virus are easily explained. However, in the last months, the number of cases in Manchester have dropped significantly.

Since universities and school face the biggest risk of infection spreading the need to keep the cases down is what caused the administration to take such unconventional measures as putting the fences in front of student halls.

In a cruel twist of irony, however, the measures that were originally intended to keep the spread of the virus to a minimum might now be exactly what causes the students on strike to unwillingly bring those numbers back up again.

While Manchester is mediating conflicts with its students and trying to prevent infection from spreading during this unconventional strike, every other major city in Britain is wondering if they are next in line for rebellious millennials to take charge.

Some would speculate that London might be under a big risk of being the next in line for the strikes to take place. However, that might to be true.

First of all, the percentage of student population in Manchester is much large than in London.

With a smaller city and a big number of students they don’t only get more attention by the media, but have strengths in numbers.

The fast speed of London news and the number of completely different universities with specific rules that are independent from one another it is quite hard to rally the troops and protest against the city wide regulations.

Furthermore, a big city, like London, has a great number of university students live on off campus housing, leaving them and them alone responsible for following the new restrictions.

This provides more freedom as well is a better perspective on how important the re-introduced restrictions actually are.

Although, even with a big number of students still living on campus, there were no measures as extreme as Manchester’s fence initiative were taken and the spread of the virus has been minimised through simple rules of staying at home and avoiding outside contact.

Those simple rules and the direct communication line between students and administration that is being maintained on almost all fronts, hopefully and in most probability are not going to cause something as extreme as the University of Manchester ‘occupation’ strike.