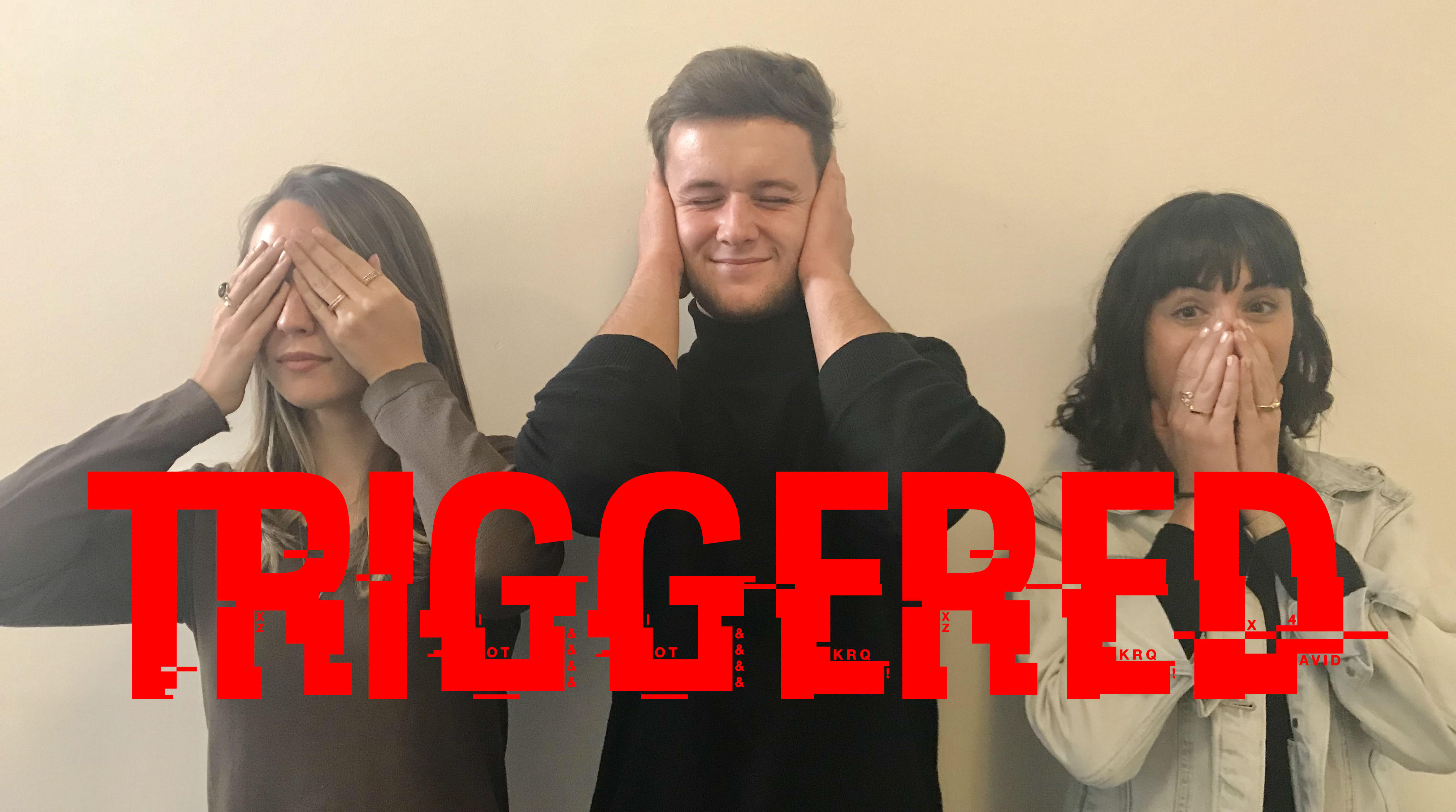 The generation where you ‘can’t say anything’ are being firmly protected by some universities with the use of trigger warnings.

Are millennials being too sensitive or are universities simply doing their best to protect vulnerable students?

The University of Cambridge has issued trigger warnings ahead of some lectures and seminars for their students.

The warnings are issued on “material that could be deemed upsetting (and is not obvious from the title)” by The University of Cambridge.

Sally Bracegirdle, editor of a student led website The Daily Touch, told the Voice of London: “As easy as I’m sure it will be for many people to immediately think that this is censorship gone mad, or indeed another example of how “millennials” and “generation Z” are all sensitive snowflakes… at the end of the day, where’s the harm in it?”

She explained that several modules she took as a French student, at The University of Birmingham, contained material that was “unexpectedly upsetting and violent” which was “rarely fully forewarned”.

In the educational environment, some members of Twitter have expressed huge appreciation for the warnings:

Bracegirdle names one particular seminar where a trigger warning may have been useful. She explained that the students watched Claire Denis’ French film ‘Trouble Every Day’.

A trigger warning was not issued so that “genuine reactions” of the students could be seen. She explained: “I don’t think I can go so far as to say I personally found the film ‘triggering’, but would I have liked some warning? Yes. Would I still have taken the module had I known what kind of content I would be exposed to? Yes, I think I would have, and I would’ve been much more comfortable with it.”

She disagreed with the argument that it may impact a student’s ability to discuss and debate: “If you’re more aware that a topic may be triggering for someone, it’s going to force you to approach it with more sensitivity, but no less thoroughly. I think it’s important that, whatever is being discussed, the discussion can happen in an open and comfortable environment, which is something that goes far beyond a simple trigger warning.”

We spoke to the students at The University of Westminster to find out what they think about the use of trigger warnings, click below to find out more:

After polling students before the referendum, Nick Hillman, the director of the Higher Education Policy Institute, revealed on BBC Newsnight that: “They [students] love free speech; they also love trigger warnings; they love safe spaces; a quarter of them wanted UKIP entirely banned from British University Campuses.”

The trigger warnings can be used to mentally prepare students ahead of their lectures, so they are not shocked by potentially offensive content.

Eleanor Roberts, Business Student, from The University of West London said: “I can understand why trigger warnings are in place, it pre-warns and protects students who may be affected by the content. I wouldn’t need them necessarily for myself but I would like them at my university for those who could be affected.”

The warnings have been placed alongside Shakespeare plays; on Thursday 2nd November English Literature students have been warned of explicit sexual discussions in Sarah Kane’s play ‘Blasted’ and previously Shakespeare’s ‘Titus Andronicus’, which has generated mixed opinions.

David Crilly, artistic director at the Cambridge Shakespeare festival, told the Telegraph: “If a student of English literature doesn’t know that Titus Andronicus contains scenes of violence, they shouldn’t be on the course.”

Becky Cox, English Literature Student at The University of Manchester, studied Titus Andronicus and Pericles last year and was not warned about the graphic content as it’s “well-known among English students that Titus is especially gory…so I’m inclined to agree with David Crilly.”

She continued to explain that it is “hard to speak for everyone generally” as people have their own experiences and difficulties which may induce certain triggers. She concludes that “students shouldn’t have to be warned about literature because it’s fairly well known what is and isn’t graphic and at the end of the day, it’s only fiction!”

Many have taken to Twitter to express their thoughts, including Mike Hunt, who believes “Political correctness has ruined this once great Nation.”

Cambridge university now gives ‘Trigger Warnings’ to students on the works of Shakespeare.
What chance have they got in the real world 🤦‍♂️.

Trigger warnings can be viewed as a form of censorship, which may impact the way in which future students will be learning.

But Cambridge University is not alone as other London Universities have also opted into the use of trigger warnings including: London School of Economics and Goldsmiths University of London.

Goldsmiths also went to the extent of uninviting comedian, Kate Smurtwaite, to speak at the University after previously expressing differing views about sex work and the wearing of the veil in Islamic countries from the University’s official view on the topics.

Only a few Universities are opting towards the use of trigger warnings but some students believe that this is the way forward.

Matthew Parker, BA Photography Student, University of East London, said: “What’s wrong about protecting someone’s mental health by preventing the possible chance of a relapse or further damage done by the ‘trigger’ they’re being shown? It’s considering one’s mental health and being respectful of this.”

Tweet us your thoughts on trigger warnings at @VoiceofLondonUK or @VOL_News17