No plans this weekend? Catching the last days of London’s most “instagrammable” Halloween themed festival might be the perfect one… 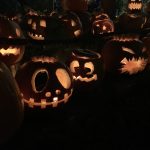 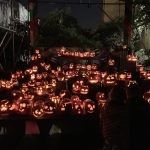 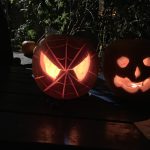 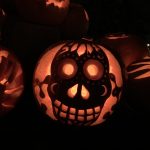 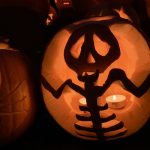 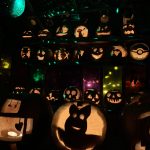 On Monday, 21st October, Dalston Eastern Curve Garden opened the 10th annual Pumpkin Lantern Festival to the public. The wild garden turned into an enchanted forest as one thousand Jack o’ lanterns got their candles lit by volunteers just before the clock struck six.

Each pumpkin was carved into the characters by volunteers and people from the Dalston community. Two days before the festival started, the organisers invited everyone to attend free carving sessions. Children and adults were all welcome to express their creativity and learn how to carve a pumpkin.

Spider-Man is the most popular character

After all the effort the carvers put into their lanterns, the result appears to be quite spectacular. Hundreds of scary frowns are now sitting in the garden observing it’s visitors. The traditional Halloween characters such as ghosts and ware-wolfs, skeletons and witches are hiding among the other lanterns waiting for that right moment to scare everyone.

Despite the upcoming Halloween celebration, the ghoulish theme was not the limit for the imagination. The most popular character carved on a pumpkin was spider-man. There were also pumpkins whose purpose now is to be a political message, such as the lanterns expressing their love for the EU. And, of course, the words carved by the younger generation.

The public have different opinions about the festival

The majority of the visitors seemed to enjoy themselves. “We love the event! We brought our son to a carving session on Sunday and he had a wonderful time. We came today to see people’s reactions when they see his lantern.” – shared their experiences Peter, 34 and Monica, 32. “ It’s nice to see how trends change every year” – told Paul, 41, who has been coming to the celebration for the past four years.

Lina,19  gushed about the beauty of the pumpkins – “it helps you to get into that Halloween mood”. “Very instagrammable” – added Abigail, 20. “Lit” described the event Ross, 27.

However, not all of the reviews were as positive. “I like the one on the top left, but I expected to see more professionally carved pumpkins” – said Daisy, 24. “It’s a nice idea, I guess, but if you look at them closely, it looks like a kindergarten exposition.” – shared Nastia, 21.

There’s still time to see the pumpkins yourself

Dalston Pumpkin Lantern Festival is fun guaranteed for all ages. The adults can enjoy a warm glass of mulled wine while the kids run around in the wild garden lit up by the smiles of jack o’ lanterns.

Admission is free, but donations are welcome.