Following the ruling on a stricter abortion ban in Poland on Thursday, the whole country joined women who were deprived of their right to have an abortion in case of serious foetal defects.

Students in Poland are especially involved in the current situation and they shared their views and experiences with the Voice of London. “I’m going to the protests and I’m trying to take part in the current events but I’m also sharing all the information so it can reach a lot of people,” says Jaśmina, 21.

“It’s mainly young people, around 2-3 thousand in Gliwice every day for 6 days now,” says Piotr, 21, adding “the police also helps, they escorted the whole march and secured the counter-demonstrations in front of the church. These are definitely the biggest protests in the country’s history in a dozen years.”

“People at the protests are very diverse.” adds Jaśmina “Both men and women of every age are showing up. Although yesterday, when I was on a protest in my hometown, Jaworzno, there were relatively more young people, like high school students, than let’s say in Cracow. It all depends on the city and it’s demographic.”

Today, because of the protest, women are not going to work, and students are not attending classes. “Most of the universities decided to cancel the classes today” continues Piotr, “lecturers are showing their support by letting you excuse yourself if you’re attending the protest. Generally, we all think that’s the right thing to do.”

“I didn’t turn up for the classes today” says Karolina, 21 “and I supported the organisations financially that are helping women,”

Even the president’s daughter, Kinga Duda, has posted on Twitter for the first time to make a statement by saying: “[…] the previously existing solution enabled a choice. A choice, not coercion. A woman could, but didn’t have to use her right. […] I can’t come to terms with the consequences that come with the verdict made by the Constitutional Tribunal. I think that the MPs, who state the law in Poland, should as fast as possible find a reasonable and consensual solution for the current situation that will end the dispute caused by the verdict.”

“It’s extremely harmful and inhumane. The right to decide about your own body is every individual’s basic right” Jaśmina comments on the Constitutional Tribunal’s decision.

A famous Polish journalist and traveller, Martyna Wojciechowska, said in her interview for the Wysokie Obcasy magazine: “I’m ashamed in front of women, whom I told that it’s possible, that they can do anything, fight for their rights. I’m ashamed in front of the whole world that I live in a country, in which human rights are not respected [..]”

“Since the latest election, there’s no democracy in Poland” says Aleksandra, 21, a law student “the legislation is in a bad shape, passing bills is not rightful, and the government isn’t hiding it anymore.” 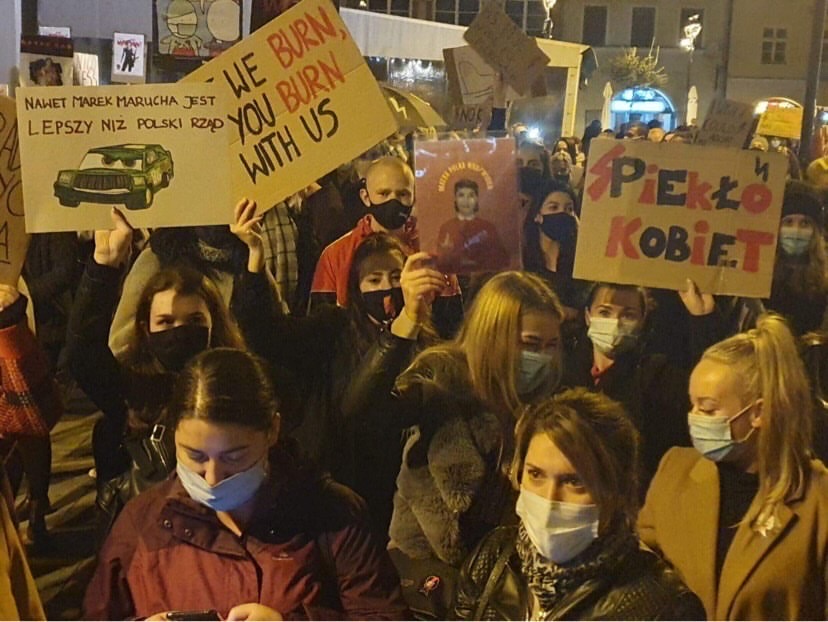 The statement made by Jarosław Kaczyński, chairman of the ruling party in Poland, is being compared to the announcement of the martial law in 1981.

“We are currently in a state where demonstrations will certainly cost many people their lives. Those who call but also those who take part are bringing a common danger. Meaning, they are committing a crime, a serious crime. The government has not only a right but an obligation to counter such actions.”

“I also think that they might want to distract us from other things that are happening in Poland.” says Marta, 21 “They are signing a bill that would make vaccination compulsory and it may be fatal for people who have additional diseases. Also, when businessmen were protesting, the media ignored it, whereas now it’s all over the news, so they may pin the increasing Covid cases on women, instead of taking responsibility for them.”

From what the Polish students told us, the current government is certainly not popular among young people or anyone who cares about human rights.

The protests are not going to stop today and the red lightning symbol and the hashtag #thisiswar are being used more and more often on social platforms.

This is what the protests looked like on Wednesday in Katowice. 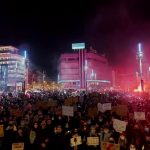 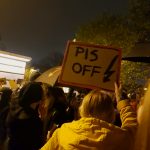 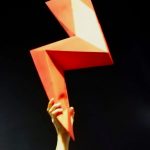 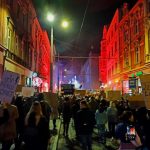