Pubs are no longer places for football fans to get drunk at during match days, instead they have become something more. The regular British pub has evolved to a world of creativity, home made beers, and delicious food aka; the gastro-pub. The term “gastropub’’ was coined in the 1900’s, and since then, the rise of high quality beer and food has enhanced the UK pub scene for boozy Londoners across the capital.

The ethos of the gastropub was broader than its menu: a determination not to be fussy; to keep the glassware; never lose sight of the true purpose of the pub and to have no matching chairs.

Yet, the food has changed everything. It has saved London’s boozers, offering them more of a reason to visit the pub, making it more family-friendly by creating an environment that is warm and familiar. . . with a few added quirks.

The gastropub lifestyle now thrives on originality. Last week, I discovered a pub that does delicious cocktails, and even better food, but its main trump card was its location. Combining the heritage of The Cutty Sark, and the grandeur of the Greenwich area, the pub has most recently been reinvented by the familiar Young’s. A historical building, Young’s has refreshed the concept with a refurbishment that made sure it sympathised with the surroundings and the Grade II listed status that is positioned behind the porticoed façade of Sir Christopher Wren’s Royal Naval College.

The Old Brewery gastropub serves the very best of British classics, such as steak, battered cod and lamb rump. Having chosen one of the simpler dishes on the dinner menu, the beef burger was juicy, accompanied with the tang from pickles and ale onions, but the star of the show- the meat – is slightly more cooked than I would usually prefer. Alongside the burger, were skinny cut chips, and a side of creamy, red Leicester mac ‘n’ cheese which I cannot recommend enough. 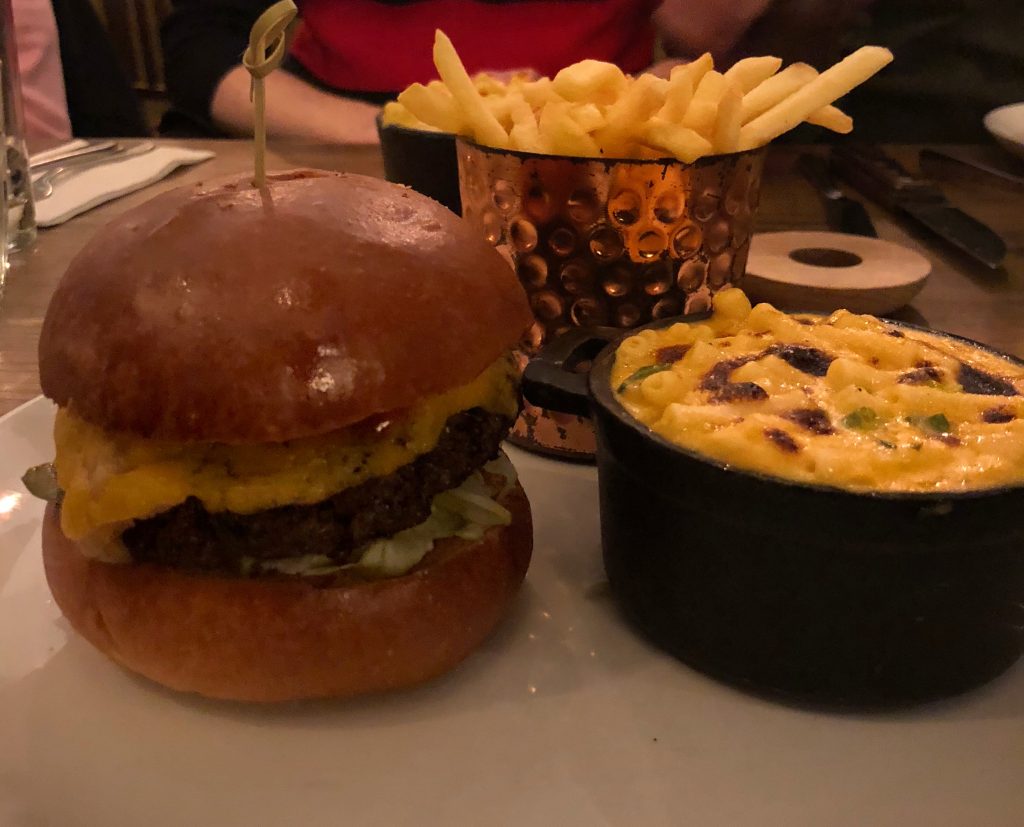 Known as The Old Brewery, the name is a fitting image to what the gastro-pub feels like with a range of London craft beers and fresh, seasonal produce. The amazing dining room is surrounded by illustrations of breweries on the walls. To the right, a wall full of images and posters from over the years of boats, ships and all things to do with navy. To the left of the dining room, is a spiral staircase that leads to massive broilers which hold the delicious, house-made beer they have on tap. 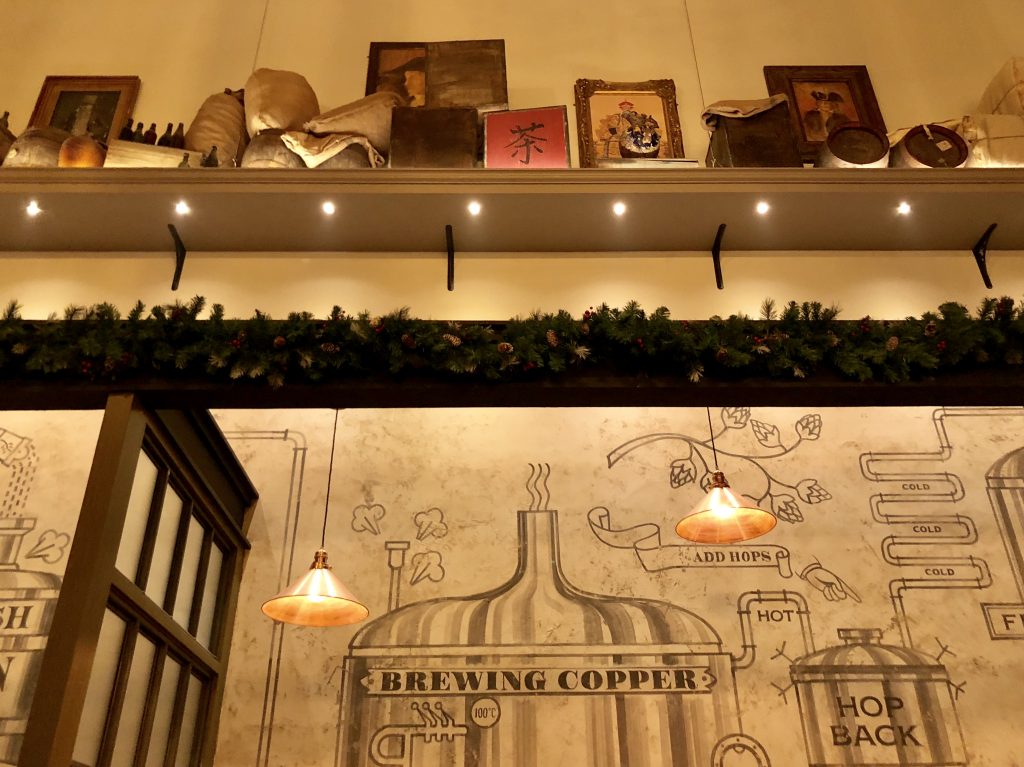 As well as having an expansive outdoor terrace for the slightly more brave, and hosts of massive Christmas parties, the pub’s unique location makes it the centre of all things festive in the Greenwich region. The bar also hosts supper clubs, cocktail classes and craft beer tasting for anyone that is interested.

During the slightly warmer summer evenings, you can have a beer out in their back garden or get cozy inside their dining room for a meal out in the winter. Whatever time it may be, pubs are an eternal source of food and drinks – until last call of course.