In the year 2019, we lost, and yet we gained. Here, VOL listed four stories that shock the art industry in the past year.

The fire that broke out at Notre Dame in Paris on April 15, 2019 burnt all the way from the church’s loft down to people’s breaking heart. During the fire, thousands of tourists and residents gathered near the church, watching the fire slowly devouring the church. Some of them burst into tears, others sang and prayed.

The fire caused the spire collapsed, the wooden roof in the middle and the rear was completely burnt, and only the stone vault was preserved. Hundreds of firefighters extinguished all night, until the next day, the fire was extinguished, saving the overall structure of the building. 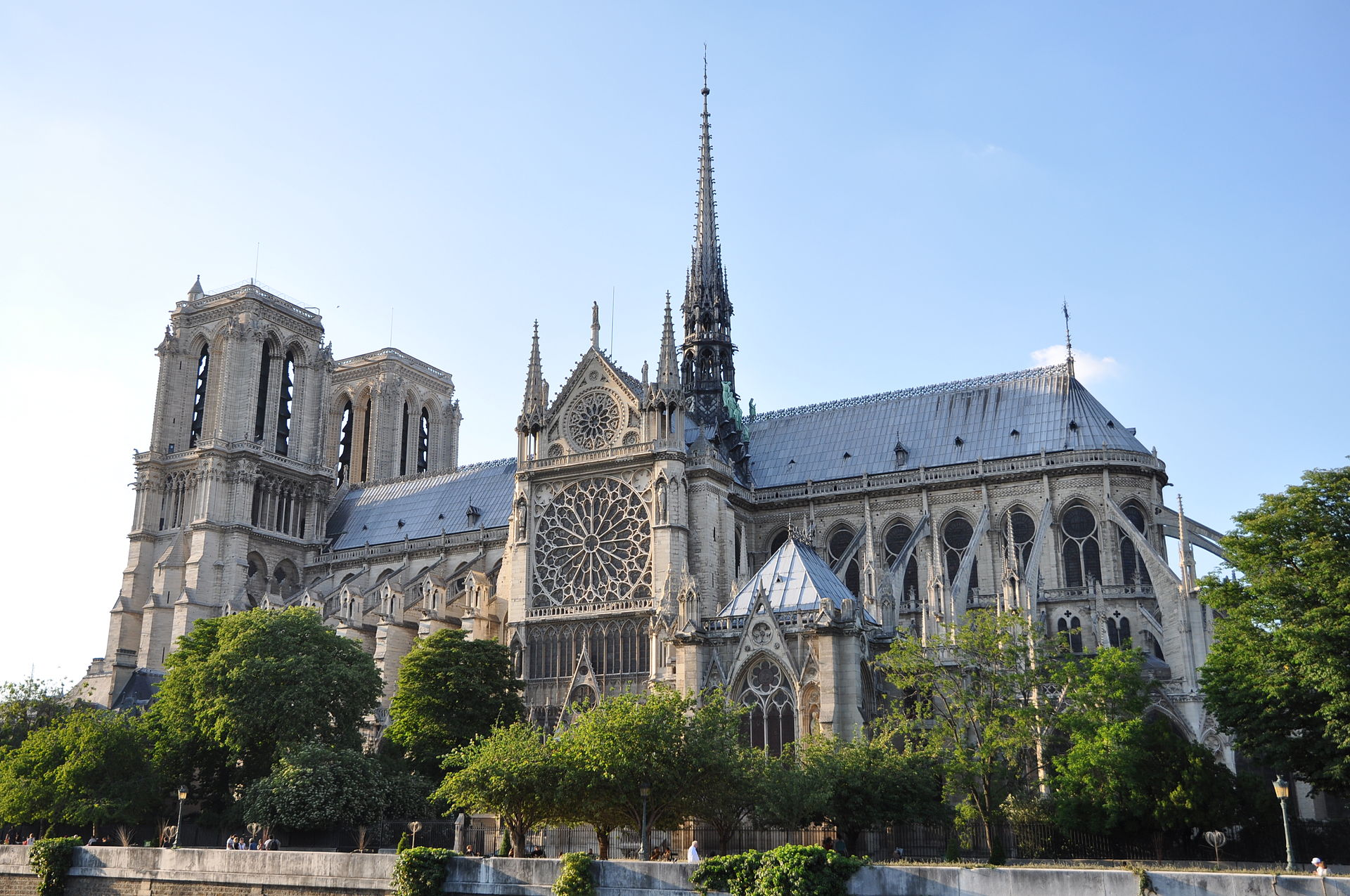 After the incident, many well-known companies and celebrities participated in donations to rebuild the Notre-Dame. French President Macron said he hopes to rebuild Notre Dame in five years, however, the progress may take longer. 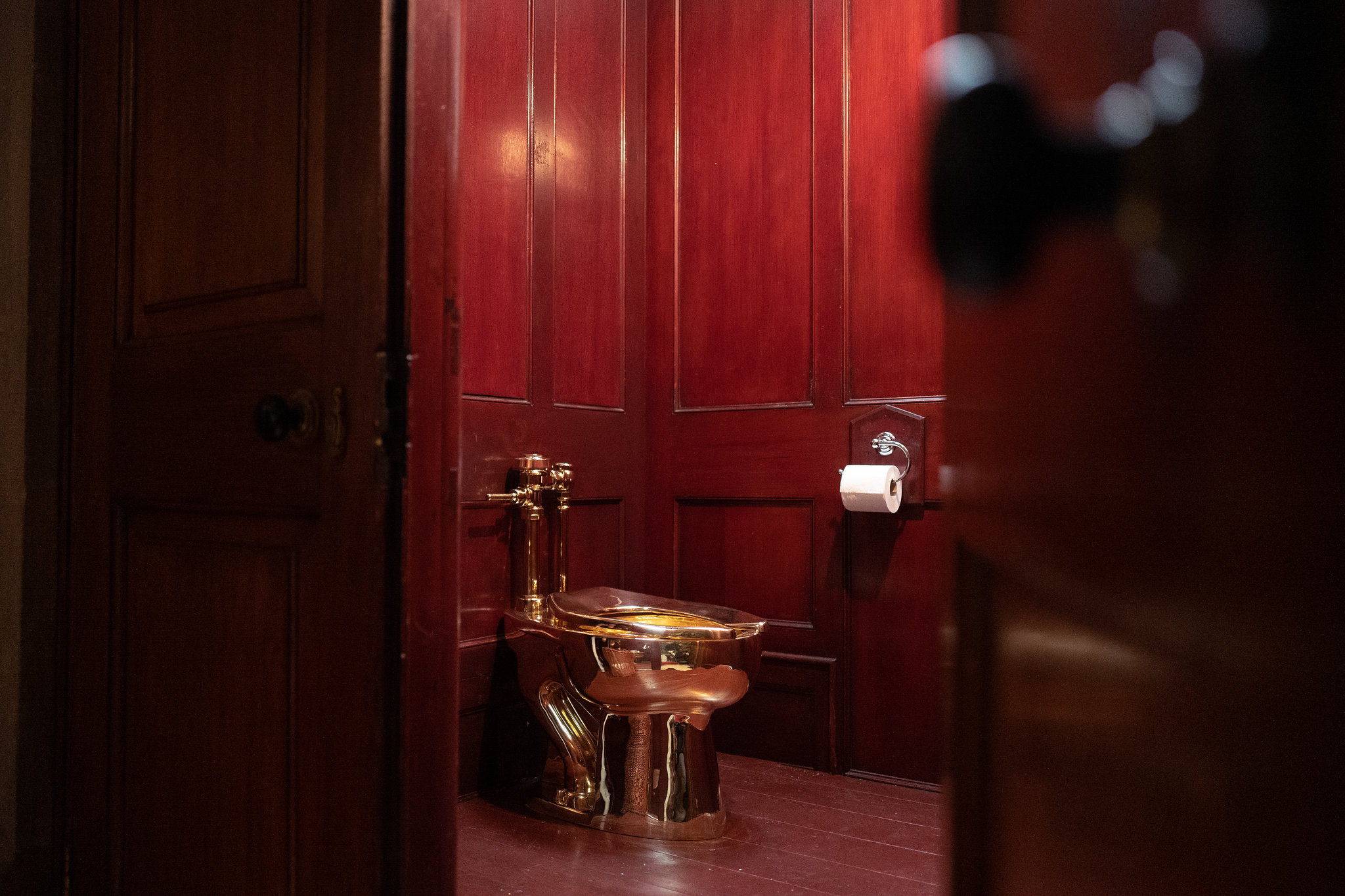 In the early morning of September 14, a toilet made of 18K gold and worth about 4.8 million pounds was being stolen at Blenheim Palace, the birthplace of former Prime Minister Winston Churchill. British police stated: “The thieves entered the Blenheim Palace in the early morning and Leaving the crime scene at about 4:50. There were no casualties. The theft of the golden toilet connected with the drainage and water supply system caused major losses and caused flooding. ”

This golden toilet was created by the Italian artist Maurizio Cattelan. It was displayed opposite the Churchill’s birth room in Blenheim Palace as a major exhibit of the art exhibition. What makes it unique is that it is fully functional and can be used for toilets or selfies. However, visitors must make an appointment in advance and each visitor can only use it for 3 minutes.

According to the NY Times, local police said that there were six people under arrest but later released without charge, so the whereabouts of the gold toilet remains unknown. 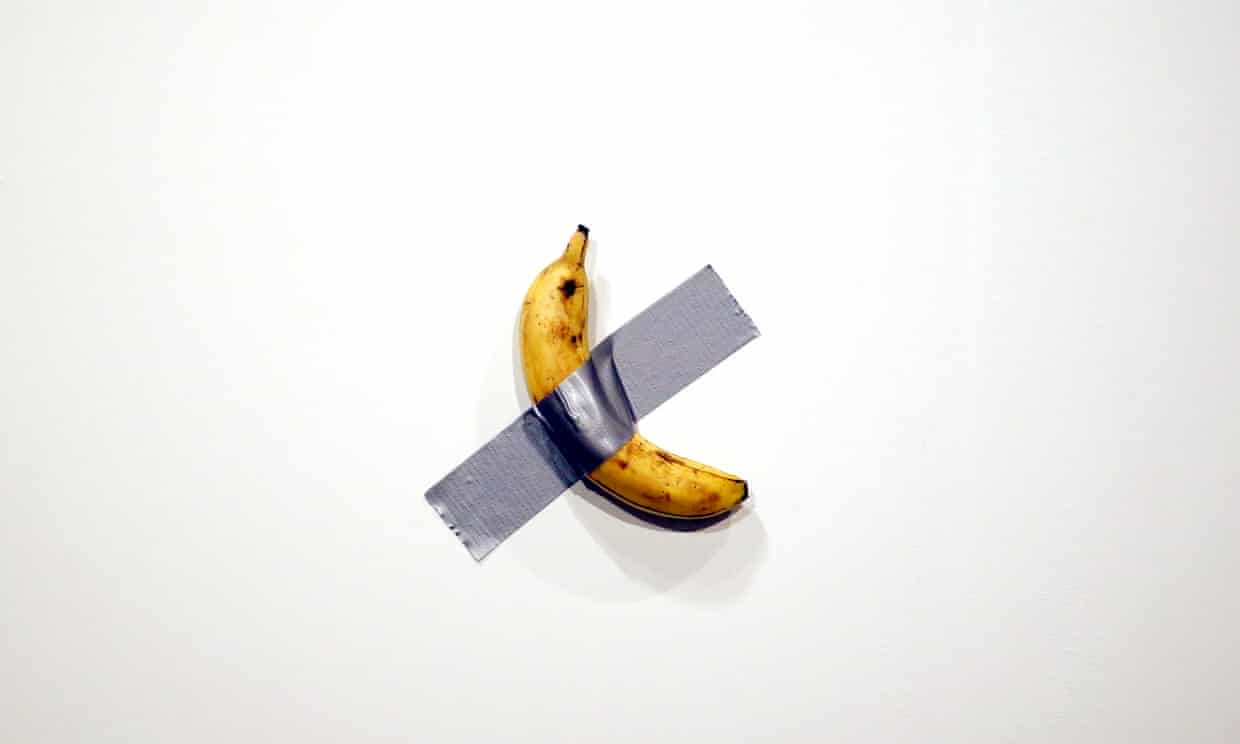 Photo from the BBC

Once again, Cattelan’s work attracted widespread attention at this year’s Art Basel Miami Beach art fair. Titled “Comedian”, a banana (from a Miami grocery store) plus a piece of tape on the wall sold for $120,000.

After that, on the 7th (local time), the banana was ripped off the wall by a performance artist and eaten in public. He explained that this was one of his art performances and that the theme of the performance was “Hunger”. He was blamed or punished for his action.  According to the Vice, Lucien Terras, Perrotin’s director of museum relations, told the Miami Herald: “He did not destroy the artwork, the banana is the idea.”

Later on, a new banana has been carefully replaced the previous eaten one.

Cattelan said that the work, from the radian and colour of the banana to the method of sticking the tape, was “well thought out.” After this, Cattelan produced the second and third editions of this work, and both of them have been ordered for about $ 120,000.

Located in Croydon, London, the shop has three windows, and the waiting time is around ten minutes. People cannot enter the store, and can only look in from the windows. This pop-up shop only opened for two weeks. All the products displayed in the store are only sold online.

Although the products are very attractive, they are not easy for people to buy. After adding the product to the shopping cart, the buyer must first answer the question: “Why does art matter?” Then answers will be reviewed by an independent reviewer, which must be relevant and original. After all, Banksy holds the right to reject any transactions.

Purchase registration ended on 28th October. However, it remains unknown whether Banksy will actually mail the goods to the buyer.