As announced earlier this week, students will be able to return home this Christmas, however it will be a bit different than previous years.

How will students get home in England?

Students in England will be given a “travel corridor” between the 3rd and 9th December, allowing those who need to self-isolate to do so and still be able to get home in time.

Students have been urged not to travel home beforehand as the current national restrictions, in place until 2nd December, do not allow pupils to leave their accommodation or term-time address.

Universities across the country have also been told to bring to a halt face to face learning by the 9th December, giving students an opportunity to return home once they’ve tested negative.

Areas of high-risk will be prioritised with potential mass-testing.

The news was announced shortly before the UK recorded another 33,470 cases, the highest number of COVID-19 cases since the start of the pandemic.

We’ve published guidance for students and universities on allowing students to be with their families at Christmas. https://t.co/GBFREcNPd6 pic.twitter.com/b80p19Saa7

What about returning in January?

No plans have been announced as of yet, therefore we are unsure whether students will be able to return or if learning online will become the new norm.

University minister Michelle Donelan, spoke to Sky News: “We will continue to work with universities and test and trace teams on the return of students after Christmas holidays”.

However, she did not comment on whether students would have to be re-tested upon their return.

How does the rapid testing work? 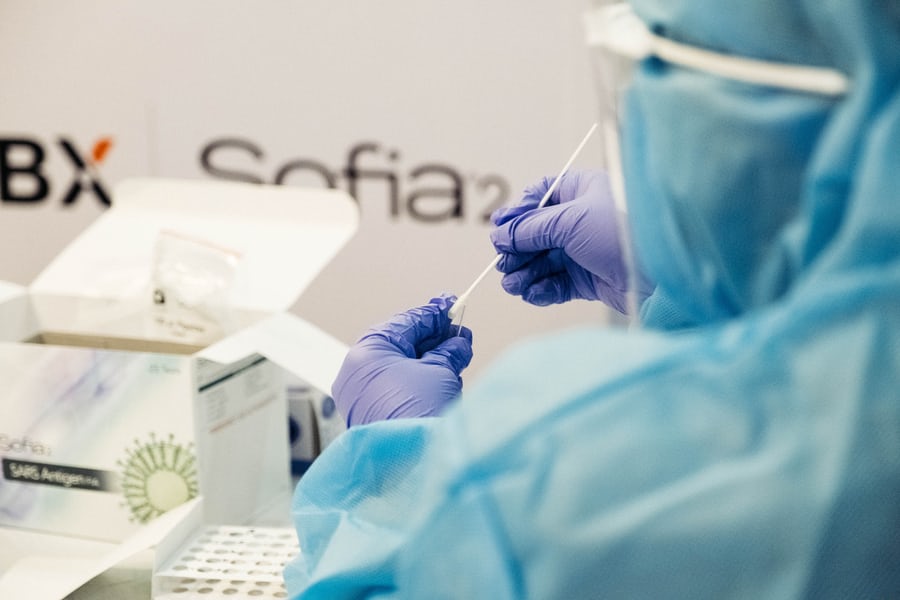 Rapid tests will be distributed among universities at the end of November, hopefully giving results back within an hour.

If the result is positive, the patient must immediately self-isolate for at least 10 days. Their contacts will then be traced by the NHS Test and Trace.

The idea is to find those people who are not displaying symptoms but are infected with COVID-19.

How are students feeling?

Nearly 72 hours after the government released the details, Voice of London spoke to some students to see whether they agreed with the new government’s regulations.

Amber Jinan, a third-year journalist student at the University of Westminster told us how she felt:

“I think it is a good idea, so that students have the opportunity to at least take the test, isolate if they need to and that way be able to spend time with their families. Something that is so important when living away from home; especially as a student it can get hard sometimes.”

Ceile Brown, PR and Advertising student at UOW said; “I’d be happily tested regularly if it meant I could go home and see my family or even to travel more freely”.

Chloe Rose, currently living in student accommodation is worried about how it is going to work.

“I think their idea is a good idea in theory but i think in practice it seems a bit far-fetched. To expect every student in the country to be ready and able to go home in exactly the same week seems very idealistic and not logical, considering a lot of students have jobs and won’t just be able to up and leave whenever they want.”

Students across the country headed over to Twitter to express their concerns:

I wonder if the government are going to reimburse students for going home at the start of December? Loads of them will have jobs lined up in retail or bars etc after lockdown for the xmas rush – and now they're being told to go home…