A common myth about pursuing a career in the arts is that the success rate is very low, which discourages and prevents a lot of individuals from going into what they love. You wouldn’t expect the girl that’s board folding a t-shirt to have a stellar range of abstract paintings in her bedroom, or that the boy behind the counter at Subway has a three octave vocal range.

After speaking to multiple students studying art here at The University of Westminster, they offered insight into their work and the what has inspired them and their own works. In the cluttered art studios located in the Harrow campus, Taylor Ellis (second year digital art), Sarajane Martin (second year painter), Aidan Currie (first year sculpture) and Jenö Davies (first year sculpture) talked about their personal experiences with art. The long, white hallways are similar to that of a blank canvas. An artist will have space within these studios to fill every inch with abstract sculptures, or portraits of all kinds. 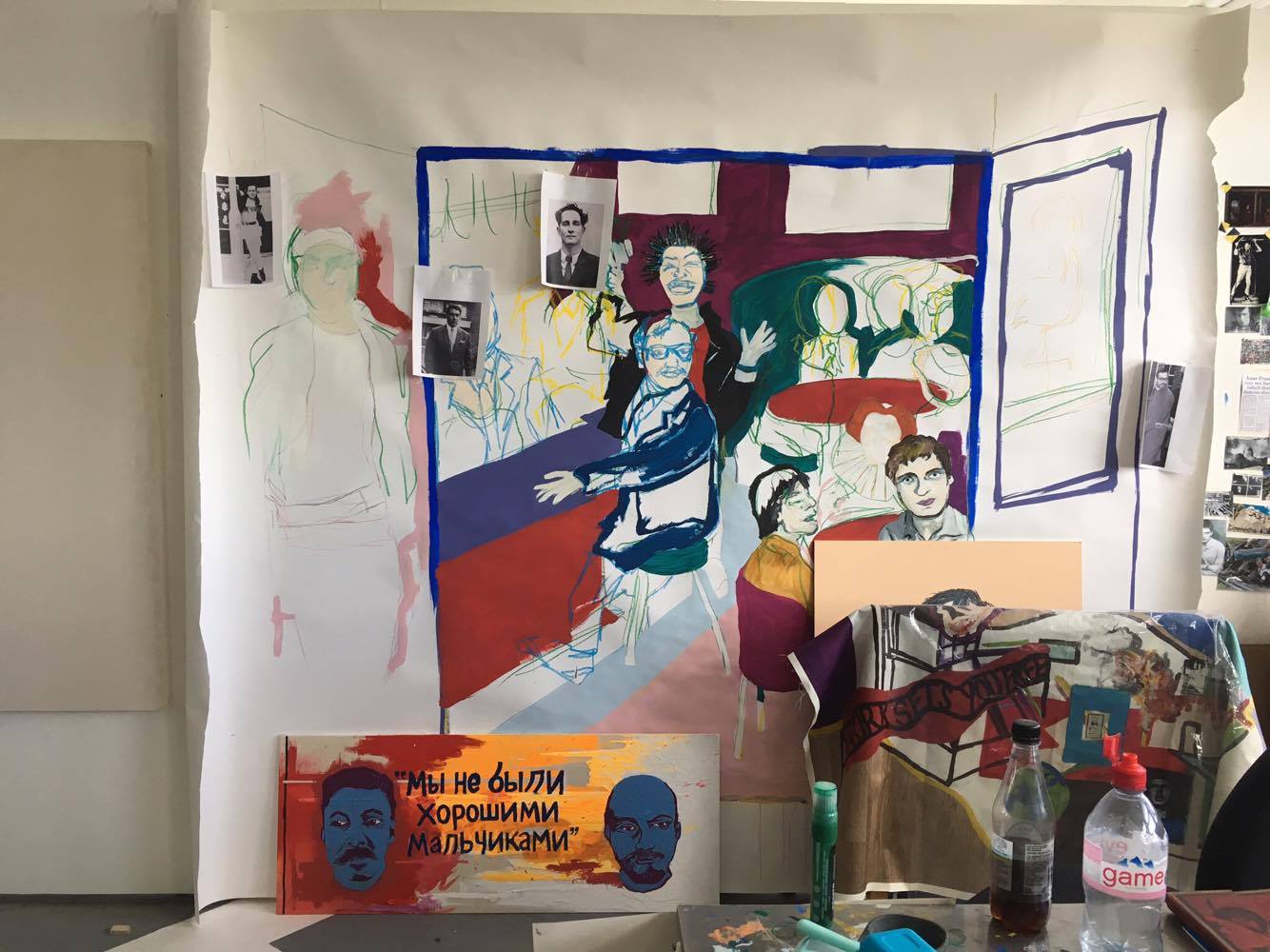 When it comes to art, some people don’t recognize their passion for it until later in life, but for others it’s almost immediate. “For me, I’ve always been drawing from a very young age, and it was just kinda like a natural sort of progression I guess,” says Taylor Ellis, a second year digital arts student. She expressed how she started out in drawing anime on the sides of her papers in school, and is now pursuing this years later, “because it’s the only thing that I enjoy doing.”

While some artists are inspired by the city they grew up in, or the architecture of buildings, some express themselves  “I sometimes dabble in my home life,” second year sculpting student Jenö Davies comments about his work, “that’s usually the original idea but then it changes…the beginning of the journey,” he jokes.

“A lot of my work is based on sitcoms.” Aidan Currie reflects on what he’s been working on recently. For projects he may work on in the future, Currie expressed his interest in continuing with this concept of sitcoms by going into deeper research. “It’s not literal, it’s just phrases and quotes.”

Even though they haven’t been in university for very long, these four students have had their works displayed in different exhibitions around London. Recently, a gallery was put on in Croydon at an abandoned office building, one right downstairs in the Harrow campus, and another on Kings Road earlier this year.

Though there are many other universities for the arts around London, these students came to Harrow for a purpose. Ellis expressed her interest in the studio space, which is unlike any university we’ve seen. “Location…yeah I think it’s great around here.” Aidan Currie jokes about the campus, inspiring fits of laughter from everyone in the studio. 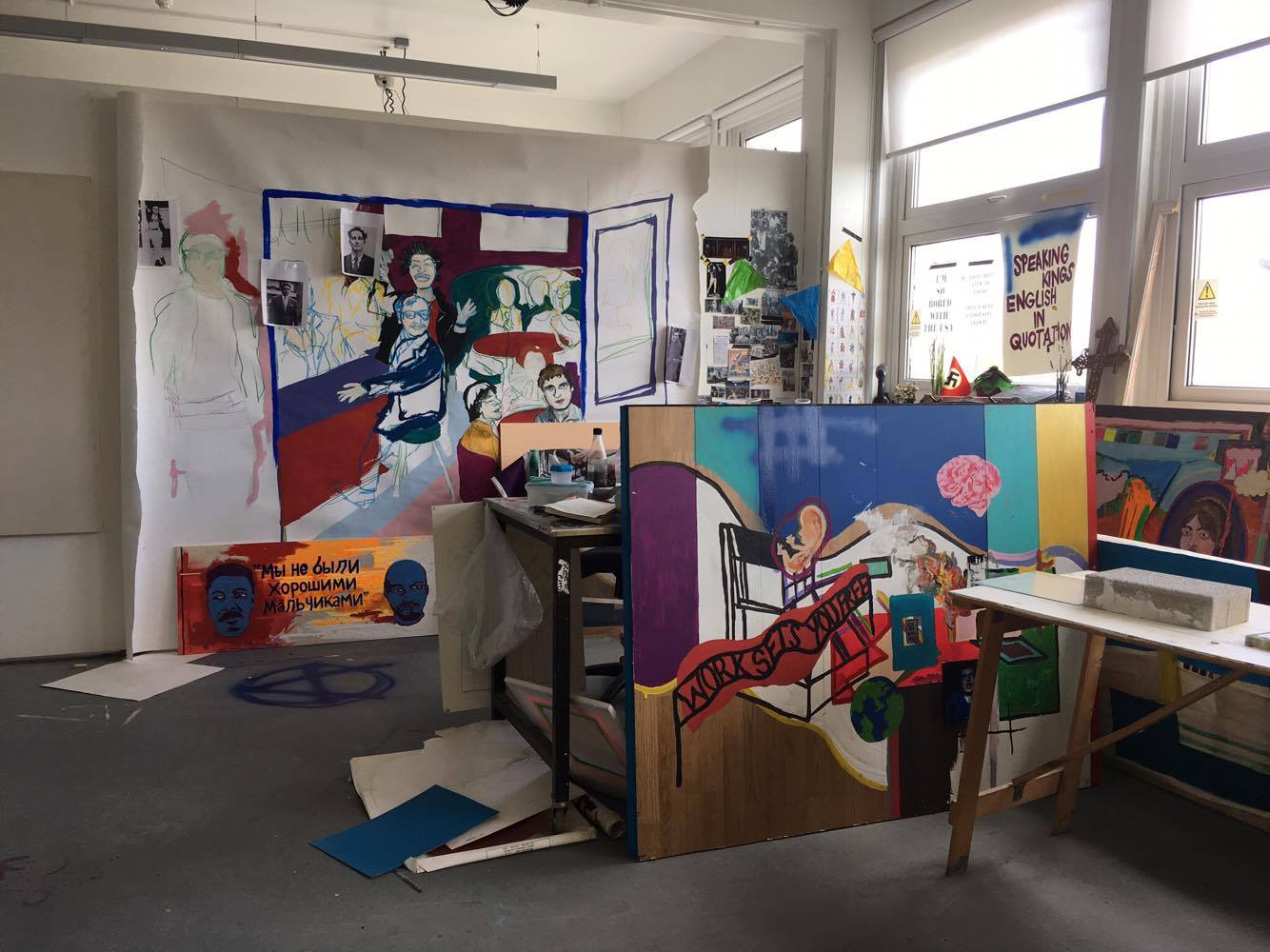 “I actually picked here because it wasn’t smack in the middle of London because I felt it would freak me out too much.” Sarajane Martin counters Currie’s previous statement, “I’m from the country, so I wanted to be halfway in, so I could still have the country, and then still half an hour away from Central London.”

Some people may never end up pursuing their passion in the arts because of the fear of not having employment after they graduate, but for these students, it didn’t seem to be something they worried about so much. When asked about how hard it would be to get a job after graduating, Ellis said, “It’s all very hopeless in the moment, it’s very difficult if you don’t have the connections to try to make a career in it, and if you don’t have the money for it as well.”
Pursuing what you love can be difficult by any means, whether it has to do with funds, where you’re located, or the publicity your art is getting.  “I’m not gonna get a job,” Taylor glumly states, “I might as well not get a job in something I enjoy,” As the cliché may state, if you do something you love, you’ll never work a day in your life.