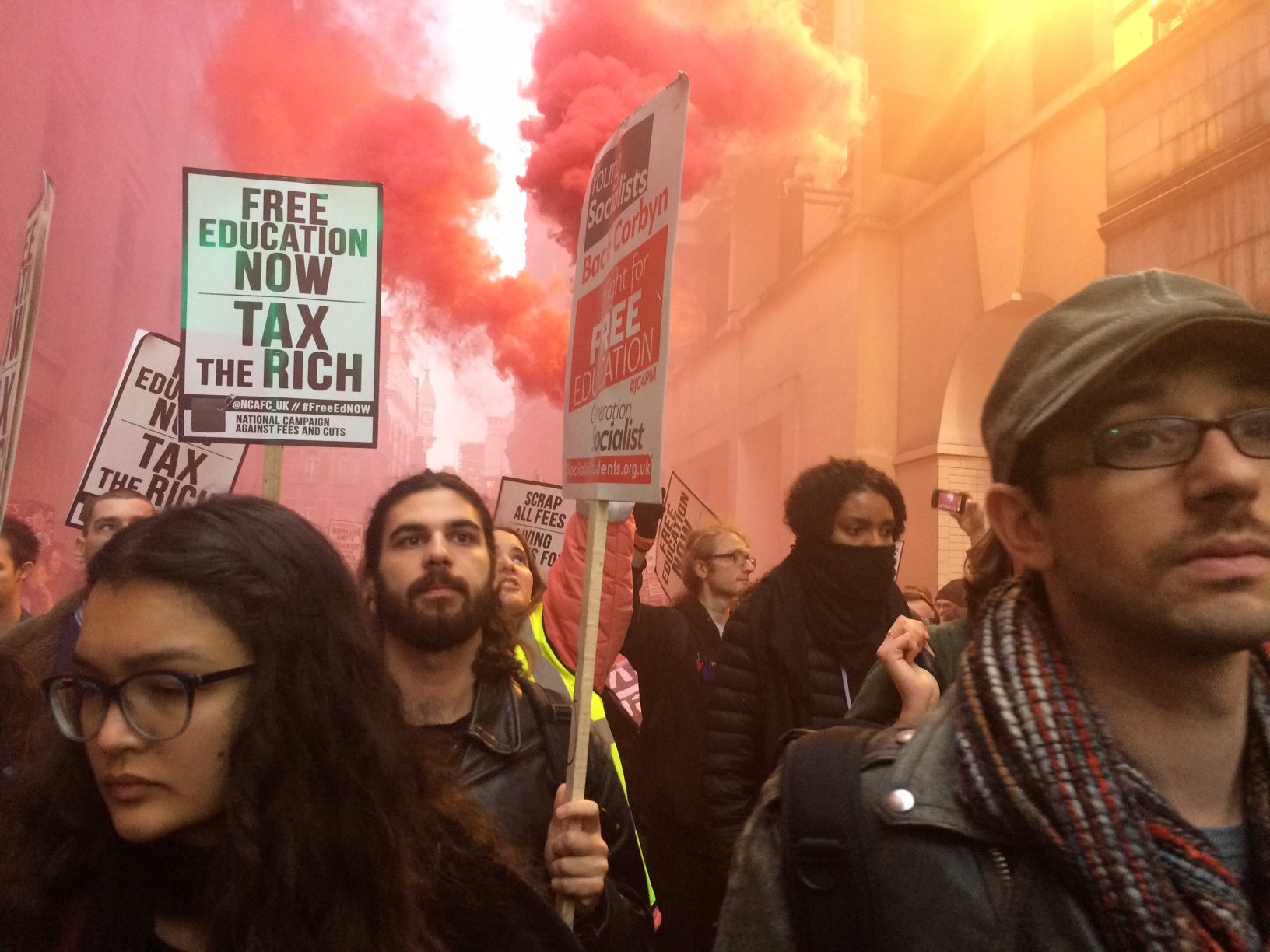 Thousands of #FreeEdNow students marched through central London yesterday to demand free education for all – paid by taxing the rich.

The demonstration follows a decision by Theresa May, to freeze university tuition fees to a maximum of £9,250. Last year, parliament raised fees by an extra £250, ignoring the original cap of £9,000.

Why do students want to scrap fees? Graduates in the UK have the highest student debt in the world. Students will graduate with average debts of over 50,800 – according to an IFS report.  This includes students from poor backgrounds who will have loans to support them.

Rhiannon Lockley, a university lecturer speaking at the demo says:

“I’ve worked as a further education lecturer for 12-years, I’ve been privileged to share the journey of hundreds of amazing students who’ve battled to get into the education system against increasingly difficult obstacles.”

Since interest rates have risen by 6.1% this year on student loans, students are expected to pay £5,800 in interest charges by the time they have graduated – according to the Institute for Fiscal Studies. The interest rate for someone prepared to enter the property ladder has subsided. Last year the average interest rate for a 2-year fixed mortgage was 2.48 per cent, lowering to 1.48 per cent in 2017.

A student at the demonstration tells the Voice of London:

“Too many students are put off coming to university because there’s not any maintenance grants and the fees are so high. There’s a six percent interest rate which is higher than the Bank of England standard rate. It’s disgusting.”

University marketisation has taken place since cuts towards funding and student grants. This pushes universities to behave more like businesses, rather than educational institutions. The marketisation process means being as cost-effective as possible by allowing more students to enter, but slashing teaching jobs whilst doing so. Students are viewed as consumers who will pay for quality education.

A Department for Education spokesperson tells the Guardian:

“Our student finance system removes financial barriers for those hoping to study, and is backed by the taxpayer with outstanding debt written off after 30 years. Unlike commercial alternatives, student loans are available to everyone, regardless of background or financial history.”

The demonstration also attracted international students, teachers, school pupils, trade unionists, activists and pensioners. They all believe that tuition fees and the scrapping of the maintenance grant is part of a larger attack on social housing, the NHS and pensions. 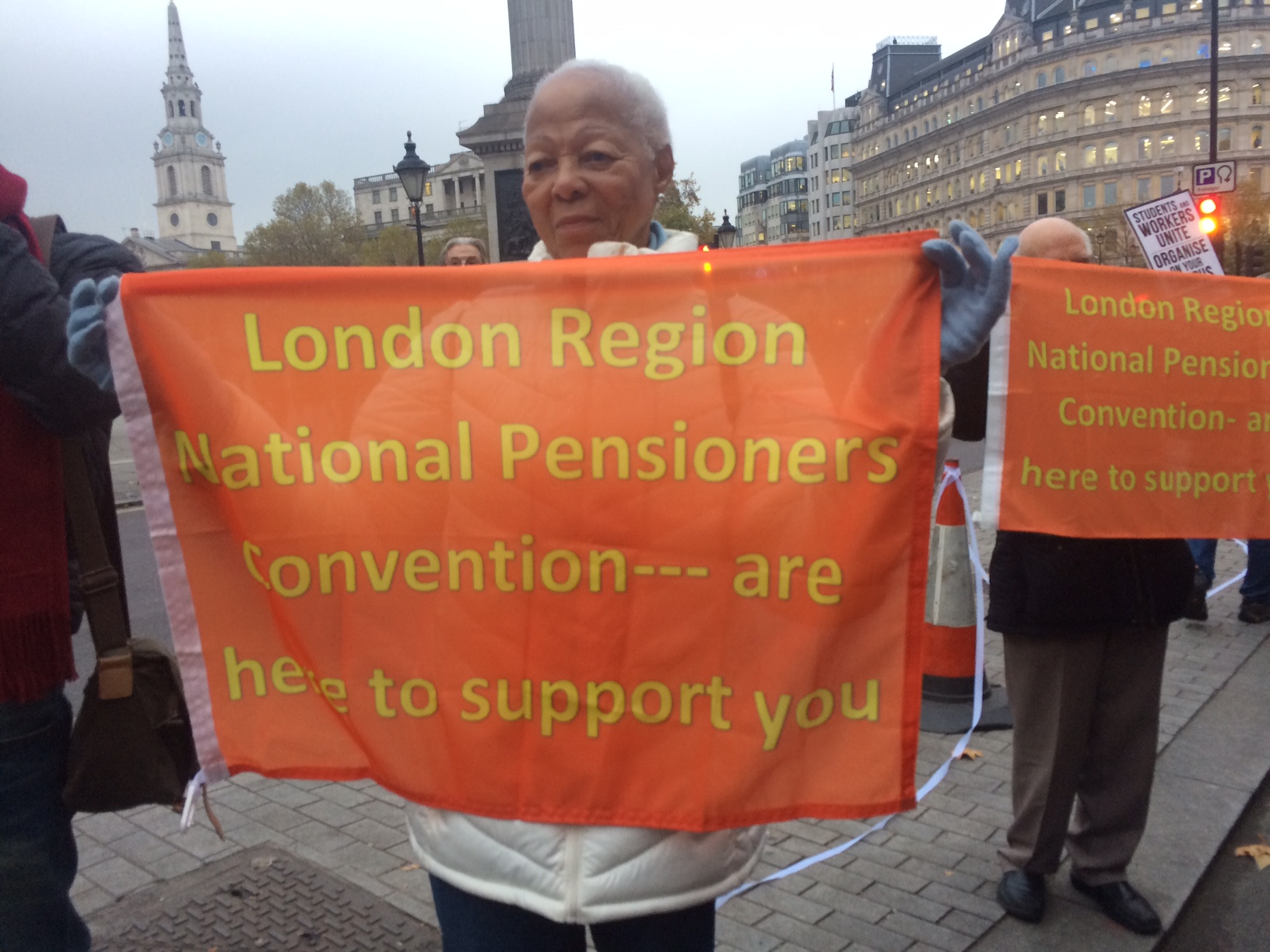 London Region National Pensioners arrived at the demo to show the students their support. They tell the Voice of London:

Is London Food Too Expensive For Students?